(ORDO NEWS) — Russia and China have challenged US dominance in the international system. One of the steps in this direction was the development of fifth-generation fighters, writes TNI. The author of the article compares the performance characteristics of the Russian Su-51 and the Chinese J-20.

Both Russia and China are developing the next, fifth-generation fighter jet in an attempt to challenge American dominance in the international system. However, these two great powers are taking slightly different approaches when developing next-generation fighters. These differences are driven by a range of factors, including threat perception and requirements, as well as access to technology and financial resources.

In terms of total kinematic capabilities, the Su-57 is likely to outperform the Chinese J-20 fighter. Three-dimensional (all-angle) thrust vector control of the engines, as well as sufficient thrust, apparently, will provide the Su-57 with maneuverability with an excellent high angle of attack at low speeds, even with the current Saturn AL-41F1 bypass engines with afterburners, the thrust of each of which in the afterburner is 15 thousand kilograms / force. 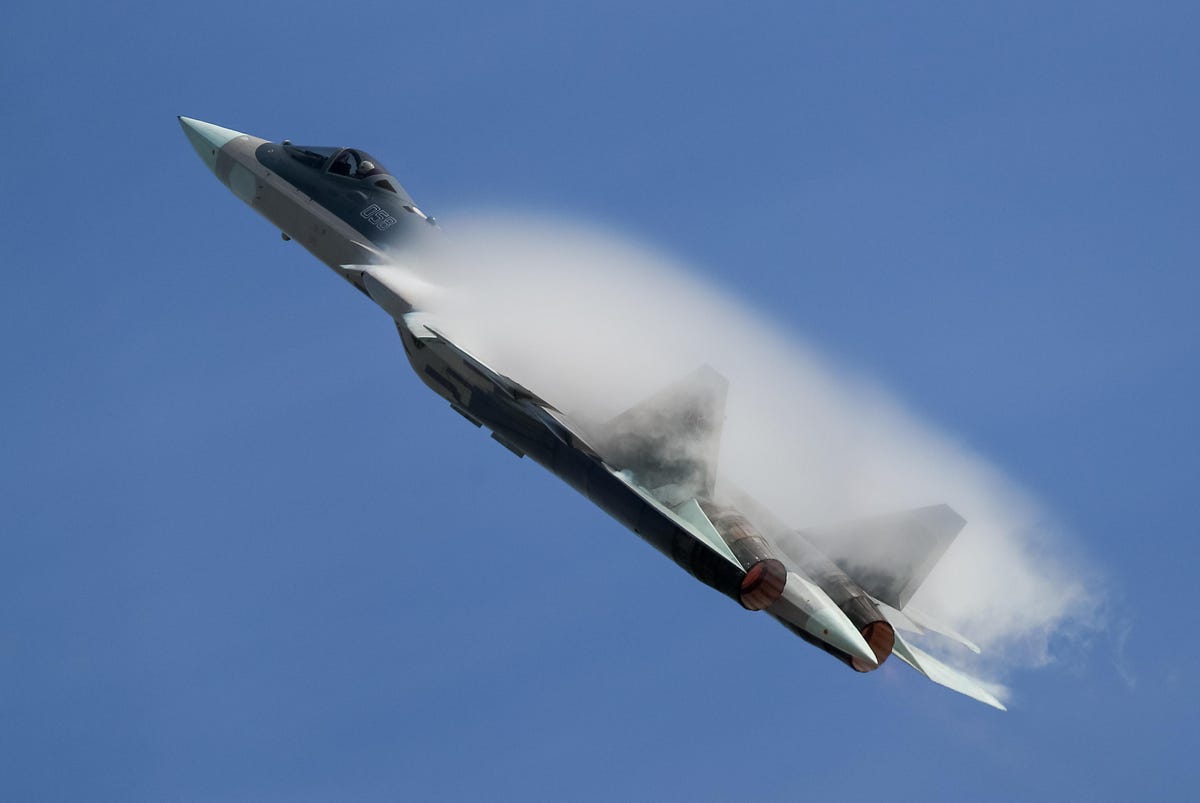 In addition, the Russian fighter has very good performance at supersonic speeds, and to some extent it already has supersonic cruising capabilities even with AL-41F1 engines.

However, after the Su-57 receives the Saturn engines of the second stage (Product 30), the thrust of which will be 13 thousand kilograms / force in afterburner mode and 19 thousand kilograms / force in afterburner mode, it will receive kinematic capabilities – including supersonic cruising mode and maneuverability – which will approximately correspond to the capabilities of the Lockheed Martin F-22 Raptor fighter.

This is confirmed by one former military man with significant experience in the field of 5th generation fighters. Here is what he said recently in a conversation with me: “As for his capabilities, he is undoubtedly.

The Su-57 has a great aerodynamic design, but the Russian fighter has significantly lower stealth performance than the Chinese J-20, not to mention American stealth fighters like the F-22 or Lockheed Martin’s F-35 unified strike fighter.

The Su-57 has a large number of “hot” points of effective reflection, including its rounded electro-optical sensor balls – they do not show any attempts at faceting the surface, – its mobile wing roots, where the deflected wing toe is combined with its cantilever, the design of its air intakes, as well as a large number of other problem areas. In short, the Russians deliberately chose not to emphasize stealth in the Su-57 design.

If we compare the J-20 – it seems to be based largely on the technologies used in the production of the F-22 and F-35 – we can say that its creators paid much more attention to reducing the frontal effective dispersion area.

Some analysts use the false argument that the canard design is allegedly incompatible with stealth technology – there are many American stealth aircraft concepts and technology demonstrators that use such aerodynamic characteristics, including Northrop Grumman’s proposed advanced fighter for the naval fleet, as well as the early concept of advanced unified strike technology (JAST), which then became the basis for the development of the F-35 fighter.

However, the Chinese have adopted modern stealth characteristics such as faceting for the body of their electro-optical/infrared tracking and detection sensor (EOTS) – they literally borrowed this concept from the F-35 fighter.

Moreover, the J-20 uses the same techniques to hide the electronic-optical/infrared distributed aperture (DAS) sensors of the Missile Early Warning System (MWS) complex, and this is very similar to how they are used in the design of the F-22 and F-35.

Chinese fighters also use diverterless air intakes, which somewhat reduce aerodynamic performance, but they are more suitable for stealth technologies, and, in addition, they are easier to manufacture and maintain. Generally,

The Chinese fighter is likely to lag behind the Su-57 in terms of simple kinematic capabilities – both in terms of maneuverability and supersonic qualities. The problem with Chinese fighters is that Beijing doesn’t have a jet engine to power the J-20.

At the moment, the Chinese fighters, apparently, are equipped with two Russian-made AL-31FN engines, each of which has an afterburner thrust of 15 thousand kilograms / force. However, according to some reports, the Chinese have now begun to install Chinese-designed WS-10G engines with variable thrust vectoring, which are copies of the AL-31FN engines, on the J-20.

More powerful and more suitable engines of our own production WS-15 with a thrust of 18 thousand kilograms / force are currently being developed, but it is not yet clear when the Chinese will be able to start mass production. In theory, the J-20 should be able to cruise at supersonic speeds, but in this case, it, apparently, will be inferior in maneuverability to the Su-57.

In terms of sensors, it is still difficult to say which of these fighters is more advanced – but what is clear is that the Russians and Chinese have completely different concepts regarding operational use. The Su-57 was never designed to be a true stealth fighter, and it lacks a set of sensors that could neutralize Western stealth aircraft.

The Russians are hoping that the Su-57’s sensor suite — which includes the N036L-1-01 L-band radar — will provide the pilot with basic location data for fifth-generation enemy fighters like the Raptor. A tactical aircraft the size of a fighter should be optimized to block high frequency bands such as C, X or Ku, but that’s more of a physics question.

However, L-band radars – part of the N036 Belka radar – allow you to narrow the search area, and therefore the Su-57 can scan smaller parts of space with its N036-1-01 and N036B- active electronic scanning systems. 1-01 operating in the X-band. This radar is complemented by the 101KS Atoll electronic-optical guidance system, as well as the L402 Himalayas electronic countermeasure system, which will help it more accurately determine the track of a radar operating in the L-band.

The idea is that a focused search conducted by the Fu-57 using other sensors will allow a quality trace to be obtained and the missile to be aimed at a fifth-generation fighter like the F-22. This is a good theory, but there is no certainty that it will work in practice.

The J-20 was apparently not designed as an air superiority fighter, as was the case with the Su-57. Its operational concept seems to be based on the American idea of ​​using fifth-generation fighters. Little is known about J-20 avionics and sensor systems, but the Chinese aircraft likely has an active phased array radar, a nose-mounted electron-optical tracking and guidance system (EOTS), a passive infrared / electro-optical distributed aperture spherical camera (DAS) for 360 degrees, as well as passive electronic support antennas of the type installed on the F-35 of the AN / ASQ-239 system.

Apparently, the J-20 has a modern data transmission system, integrated avionics, as well as a cockpit with a display, reminiscent of the display of the F-35 fighter. In fact, the J-20’s avionics are likely comparable to those found on the F-22 and F-35 fighter jets, but they’re not as perfect.

The J-20 fighter has a sensor system similar to the F-35 sensor systems because it is designed primarily as a long-range strike fighter, and its task is to threaten American bases and American ships in the Pacific Ocean. It may also have a role in jamming US air operations by attacking US tanker aircraft and special aircraft such as E-3 AWACS, E-8 JSTARS or E2D Hawkeye with long-range air-to-air missiles, using a combination of qualities such as speed and stealth.

It is likely that the J-20 was not designed to directly combat American fifth-generation fighters such as the F-22 or F-35, except in self-defense. In contrast to this, The Russian Su-57 is an air superiority fighter, and its task is to fight the American F-22 and F-35 fighters. Whether he can succeed in such a task is another question.

Ultimately, it can be said that both the Russians and the Chinese had different requirements and different design priorities, which forced them to make different compromise decisions from each other when developing fifth generation fighters.