US, WASHINGTON (ORDO NEWS) — Intelligence officers at the Iranian consulate in Turkey instigated the killing of an Iranian dissident in Istanbul in November, and he was criticizing the Islamic Republic’s military and political leaders, two senior Turkish officials told Reuters.

Masoud Maulavi Wardanjani was shot dead on a street in Istanbul on November 14, 2019, just over a year after he left Iran, according to the Turkish officials.

A police report on the killing, published two weeks ago, stated that Wardanjani was working in the electronic security of the Iranian Ministry of Defense and turned into a strong critic of the Iranian authorities.

The report added that Wardanjani posted a message on social media criticizing the Iranian Revolutionary Guards in August, three months before he was killed.

“I will eradicate corrupt mafia leaders,” the message said. “I pray to God not to kill me before I do so.”

Reuters could not independently verify the situation of Wardanjani at the Iranian Ministry of Defense or his posts on social media.

No one at the Iranian embassy or consulate in Turkey responded to calls on Friday to comment on the background or the killing of Wardanjani.

In response to a question about the possible involvement of the Iranian government in his killing, a spokeswoman for the Istanbul police said the investigation was continuing. She declined to comment further.

The Turkish government has not openly accused Iran of involvement in the killing of Wardanjani. But the two senior Turkish officials have said that the government will talk to Iran about his death. One of them said that Turkish prosecutors were also following the case.

The first official said that the suspected gunman and several other suspects, including Turks and Iranians, had been arrested in the weeks following the incident, informing the authorities that they had acted on the orders of two intelligence officers at the Iranian consulate.

The second official said that evidence that included the suspects’ accounts indicates that “Iranian citizens played a dangerous role in incitement and coordination” in the killing.

The officials said that Ankara would soon provide Iran with an official response regarding the killing of Wardanjani and the role played by officials holding diplomatic passports.

Two Iranian security sources said that Wardanjani had defied a Revolutionary Guards warning against cooperating with Turkish companies in drones-related projects, without further details. They said he also called the United States and European countries to work with it. Reuters could not verify this.

One of the Iranian sources said that Wardanjani published documents on the Internet that he carried out an electronic infiltration or obtained information from contacts in Iran and that he ignored requests to contact the Iranian embassy in Ankara and met with Americans and an Israeli diplomat. The source did not give details about the documents or its meetings.

The second Iranian source also said that Wardanjani had been warned about the consequences of his contacts with foreign diplomats.

Video footage broadcast by Turkish television after the killing of Wardanjani showed an armed man running over two men as they were walking in a central Istanbul neighborhood at 10 pm on November 14. The gunman shot several of them, one of them, to fall to the ground while his companion was hiding.

The Turkish officials said that the companion who was walking with Wardanjani established friendship with him after his arrival in Istanbul from Tehran in June 2018 and conveyed information about him to Iranian intelligence.

The morning before his death, this friend, who reports to the Turkish police and two Turkish officials that his name is Ali Esfanjani, went to the Iranian consulate. The two officials said that he later met with the gunman to discuss the details of the operation.

The police report describes Esfangani as the leader of the team that carried out the assassination of Wardanjani.

The first Turkish official said that a sponge was transported across the border to Iran three days later, as a copy of a bus ticket he used under a pseudonym appears to arrive at the Agri area on the eastern border of Turkey. He was transferred with the help of an Iranian smuggler. 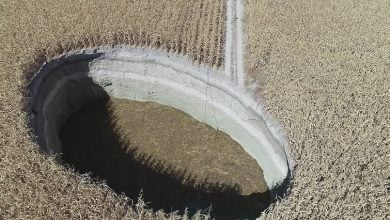 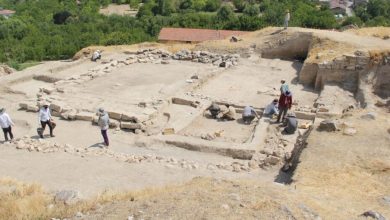 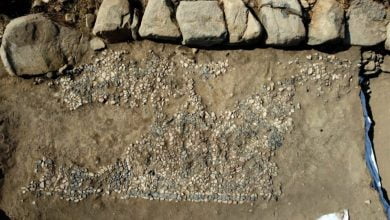