(ORDO NEWS) — According to a published report, two long-term COVID patients in California almost completely recovered from their symptoms by taking daily antihistamines.

It seems that post-Covid can be even worse than normal Covid.

There are currently no reliable treatments for long-term COVID, also known as post-Covid. But anti-allergy medications are promising — they’re generally safe for daily use, so they generally don’t interfere with other medications.

“Most patients tell us that doctors have not been able to recommend anything that would help them,” says nurse Melissa Pinto of the University of California, Irvine.

“If patients want to try over-the-counter antihistamines, I encourage them to do so under medical supervision. Then we can get reports like ours, from which doctors can create prescriptions that will work.”

The first case detailed by UCI researchers concerns a 40-year-old health worker who was one of the first patients with COVID-19 in the United States. The patient probably became infected in January 2020.

It wasn’t until the patient took an antihistamine for her cheese allergy in June 2020 that she suddenly felt better. She began taking 50 milligrams of diphenhydramine daily but eventually informed her doctor, who prescribed another medication for her.

The patient is now on 50mg of hydroxyzine pamoate for over nine months and her fatigue, brain fog, exercise intolerance and chest pain have almost disappeared. Back at her full-time job, she says she’s reached 90 percent of her functioning before the illness.

The second patient, a middle-aged teacher from the United States, has a similar story. A month after being infected with SARS-CoV-2, she was still suffering from joint pain, insomnia, heart palpitations, and difficulty concentrating. A year later, the symptoms still tormented her.

One day, the patient randomly changed her antihistamine from fexofenadine to 25 milligrams of diphenhydramine, as the latter was easier to find.

The next morning, she noticed that the fog in her head and fatigue had decreased, so she continued in the same spirit. The woman now takes 25mg of diphenhydramine at night and 180mg of fexofenadine in the morning and says she feels 95% better.

The almost complete recovery of both patients is remarkable, but this is not the first story of its kind.

In 2021, a small study of 49 long-term COVID patients found that their immune systems were constantly on high alert. What’s more, more than 70 percent of study participants who took antihistamines reported clinical improvement in persistent symptoms.

Further long-term COVID studies will be needed to really test the usefulness of antihistamines. But two promising reports from California could help kickstart the process.

“The fact that a readily available over-the-counter drug can ease some of the long-term symptoms of COVID should give hope to the estimated 54 million people around the world who are in distress for months or even years,” says Nurse Pinto.

The Covid-19 seen from the sky

Chinese scientists warned of dangerous mutations of the coronavirus

The Covid-19 seen from the sky

Chinese scientists warned of dangerous mutations of the coronavirus

Measles epidemic may start due to coronavirus pandemic 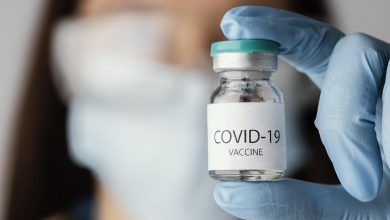 Researchers found a new way to vaccinate against coronavirus