(ORDO NEWS) — Throughout history , we have tracked time with shadows, sand, water, springs and wheels, and oscillating crystals. Anything that moves continuously can become a clock. But there is only one type of chronometer, which in ancient times was powered by fire – a clock for incense.

The incense clock is shaped like an incense labyrinth in which a tiny ember slowly burns. At the beginning of the Qing Dynasty (1644-1911), an incense clock on the high drum tower of Beijing burned all night long, measuring the time until the beat of a huge drum announced the end of the night watch.

Incense clocks use the basic concept of burning time.

The sample kept in the Museum of Science surprises with its miniature size: no more than a coffee mug. However, its small compartments are carefully stocked with everything you need to get the job done.

In the lower tray there is a small spatula and a damper, and above them there is a pallet with wood ash for laying out the aromatic plume. Then a set of stencils is laid on top to create labyrinths.

As Silvio Bedini, a historian of scientific instruments, explains, seasonal variations were used in China and Japan: longer paths can be burned during the long winter nights, and shorter ones during the summer.

Some users of such clocks may have used different types of incense on different sections of the journey, or inserted scented pieces along the way so they could tell the time simply by smelling a particular scent.

But just in case the smell wasn’t enough to alert people, people came up with incense-based alarm clocks. A particularly beautiful example is the fire clock in the form of a dragon. 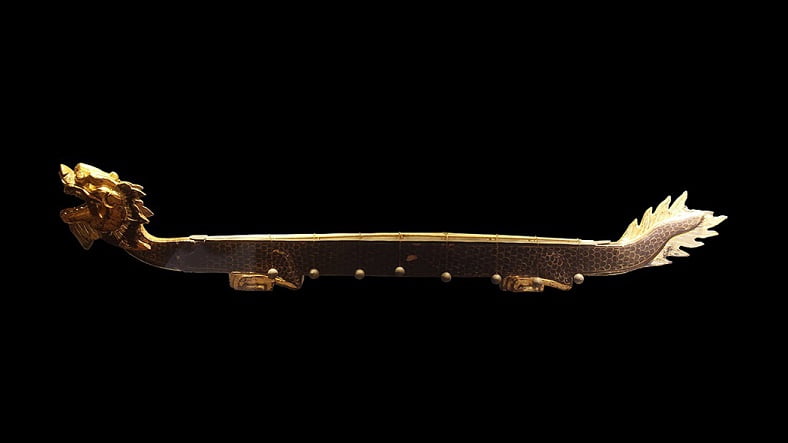 The elongated body of the dragon was a trough for incense, across which a row of several threads stretched. Small metal balls were attached to opposite ends of the threads.

Dangling under the dragon’s belly, their weight pulled on the threads. When the incense burned down, the heat tore the threads, releasing the balls, and they fell with a clang into the pan below, sounding an alarm.

Organics found on Mars : explaining whether this means that life could exist on the Red Planet

Organics found on Mars : explaining whether this means that life could exist on the Red Planet