US, WASHINGTON (ORDO NEWS) — The leaders of 27 countries – members of the European Union (EU) have approved an emergency program to help the European economy in the amount of € 540 billion, which will be launched on June 1.

This was announced on Thursday by the head of the European Council, Charles Michel, at a press conference following the results of the online summit.

“We have approved the € 540 billion program, which will begin functioning on June 1,” he said.

The leaders of the EU member states instructed the European Commission (EC) to develop the parameters for a future long-term fund for the restoration of the European economy, which suffered from the coronavirus pandemic.

“We all agreed that the issue of creating a recovery fund is urgent. We asked the European Commission to analyze the needs of [countries and sectors of the economy] and come up with relevant proposals,” he said.

According to Michel, the fund will support the countries and sectors of the economy that were most affected by quarantine during the coronavirus pandemic. However, he did not name specific amounts. Germany, the Netherlands and several other states oppose the issue of pan-European securities, the so-called coronabond, which would allow raising money under the general guarantee obligations of all countries of the community.

Before the summit, Eurogroup chairman Mariu Centenu urged EU leaders to finalize as soon as possible the coordination of a long-term European economic recovery fund, which should complement the € 540 billion short-term economic restart program created by the European Commission, the European Investment Bank and the European Stabilization Mechanism (ESM, euro-zone stabilization fund) . Centenu warned that assistance to the economy was needed as soon as possible in order to ensure the start of recovery.

This program includes three main packages. Firstly, the European Commission has already created a € 100 billion SURE program to pay targeted compensation to employers so that at least some of them refrain from firing their employees. Secondly, the European Investment Bank, for its part, announced the allocation of a soft loan program of € 200 billion to support small and medium enterprises. Thirdly, another € 240 billion should be raised in the form of borrowed funds by the eurozone countries through the European stabilization mechanism: this money can be used as structural assistance to the most severely affected states (Italy and Spain) to keep them from default.

This program is a short-term assistance mechanism designed to provide an initial impetus for restarting the EU economy. For a full recovery, the EU summit announced the need to create an additional long-term tool to support the economy. According to sources, its volume will be from € 1.6 trillion to € 2 trillion, valid for at least seven years, the money in this fund will be partially raised and redistributed through the EU budget, for which states will have to increase their contributions to the general community budget.

As head of the European Central Bank Christine Lagarde stated at the summit, the pessimistic scenario estimates the economic downturn in the EU at 15% in 2020, which is an unprecedented annual indicator for the entire history of the community.

Contributions to the EU budget

In turn, the head of the European Commission, Ursula von der Leyen, said at a briefing that EU member states should increase their contributions to the community budget from 1.2% to 2% of GDP over the next two to three years to finance economic recovery after the coronavirus pandemic.

“Our estimate now is that we will need contributions at the level of 2% of GDP instead of the current 1.2% [within two to three years],” she said.

The head of the EC stressed that the EU budget for 2021-2027 must be fully adapted to the effects of the pandemic. According to European sources, the issue of creating a new budget, which member countries could not solve before the advent of coronavirus, will now become even more difficult. The budget should have been approved in December 2019.

At the same time, von der Leyen emphasized that “all EU countries have different economic opportunities,” therefore, these uncoordinated individual state aid packages can create a “tremendous imbalance in the functioning of the single EU market if they are not stabilized at the European level.”

“To summarize the measures taken by EU countries and EU institutions, we have already allocated € 3.3 trillion to support the economy,” she said.

As a source in the European Commission explained to TASS, this amount consists of a € 540 billion emergency program for restarting the European economy, € 70 billion of aid from the European Union budget to European companies, about € 2.45 trillion for soft loans and granting subsidies by member states to their business and € 330 billion tax incentives provided by countries to their companies.

Under normal conditions, the community has very strict standards for providing state aid to enterprises, because if one of the countries starts supporting its companies, they will receive a serious competitive advantage over partners from other European countries operating in a single market. Therefore, each state aid program from the government of any EU country is carefully studied and is often rejected by the European Commission.

However, in the context of the coronavirus pandemic, the European Commission began to almost automatically resolve any national measures to help businesses, as a result it is now difficult even to assess how different the conditions for restarting the economy in relatively prosperous Germany and weak Italy can turn out to be. 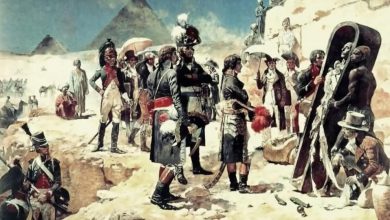 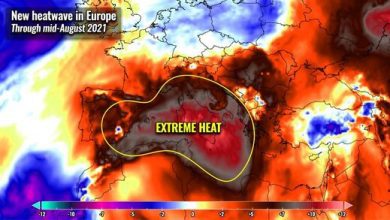