The European Commission plans to raise funds through the issuance of long-term bonds, as well as by raising new taxes such as greenhouse gas taxes, digital services and other areas of supranational business, economists Nuriel Rubini and Brunello Rosa write in Project Syndicate.

Although some observers expected the EU to propose a larger rescue plan, European politicians should remain realistic about what can be achieved in the current environment. Celebrating the long-awaited “Hamiltonian moment” of the EU’s mutualization of debt is certainly premature.

The EU is still an incomplete transfer union, in which resources (human, physical, financial) are still moving from the periphery to the center, that is, to Great Britain or Germany. Ironically, one of these poles of attraction, the UK, decided to leave the EU, supposedly in order to stop the flow of migrants into its economy. With Brexit, which officially took place on January 31, the EU actually began to break up.

Optimists believe that with Britain leaving the EU, a more united alliance may finally emerge. But this is all an illusion. The fact is that the UK was not so much an obstacle to integration as an excuse for other doubting Member States not to move towards closer ties. For example, not Great Britain, but Germany blocked the European deposit insurance system, which is necessary to complete the banking union of the eurozone.

Against the backdrop of the growing popularity of populist parties throughout Europe, it has long been clear that the next major crisis will pose an existential threat to the European Union. Today, the EU must demonstrate that it is able to cope with the task of completing its integration process. Otherwise, the unification will face the “Jefferson moment”, which will return it to some form of confederation with limited general sovereignty.

Once on the edge of the abyss, France and Germany devised a plan to mitigate the devastating economic impact of the pandemic. And although their proposal has its advantages, Alexander Hamilton would be unhappy – and rightly so. Firstly, the proposed bond issue will not be accompanied by “joint and various guarantees” and, therefore, will not constitute a genuine mutualization of debt. The initiative of financier George Soros on EU perpetual bonds, or consoles, would reduce this problem, but would not solve it completely. In any case, if these funds are not available this summer, then they may be useless for such heavily affected countries as Italy, Greece and Spain.

And, most importantly, the distrust between the EU “thrifty four” (Austria, Denmark, the Netherlands and Sweden) and the so-called “wasteful” southern countries (primarily Italy, Spain and Greece) remains so deep that, frankly, it’s hard to imagine any lasting solution. A recent ruling by the German Constitutional Court sent a powerful signal to European institutions about what to expect in the near future. Although this decision will ultimately be overturned by the European Court and ignored by the European Central Bank, the ECB will nevertheless face political restrictions in its actions.

Germany will either have to offer partial EU financial support at the expense of its own taxpayers, or allow EU institutions to provide sufficient universal support (starting with the eurozone budget) for the entire monetary union. If the proposed EU recovery fund could at least revive the eurozone budget (especially its never agreed stabilization function), this would be a significant achievement.

By signing a joint plan with France, Germany, apparently, understood that it could not say “nein” to both the monetary and fiscal support mechanism. Both are necessary for the survival of the euro. But even if there is support, the most important issues will remain unresolved, primarily the growing public debt of Italy. Rome will have to work hard to regain growth and competitiveness.

In general, despite the fact that any pan-European response to the coronavirus crisis is a step in the right direction, there is little reason to expect the EU to abandon its long tradition of stomping on the spot. If European leaders can prevent the destruction of EU and Euro projects, they will at least prevent the huge economic, social and political losses associated with the rapid collapse. In the event of an inadequate response, Europe will be unprepared for the post-coronavirus world, in which other major continental economies – the United States, China and India – will make the most important geostrategic and economic decisions. 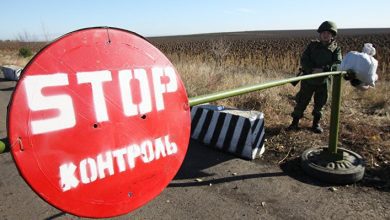