(ORDO NEWS) — On July 14, 2015, the first and so far the last NASA spacecraft in history flew past Pluto “New Horizons” , which told us a lot of interesting things about such an amazing object of the solar system.

As you know, in 2006, Pluto was unfairly – or rather erroneously – stripped of planet status , which turned it into a “dwarf planet.”

However, the New Horizons mission proved that Pluto is much more complex than similar “dwarfs” in the solar system. 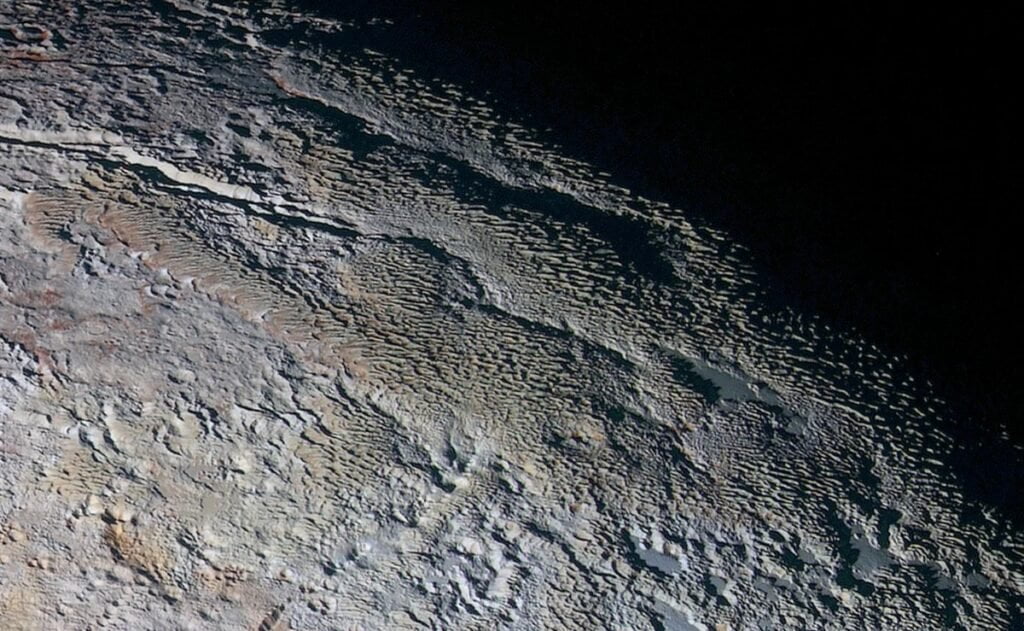 The New Horizons probe passed 12,472 kilometers from the surface of Pluto, so the imagery has limited detail.

Despite this, craters, mountains, ice flats, and a red-brown surface can be seen. The specific color of the surface is due to the presence of a large amount of organics – chemical compounds that include carbon.

It is worth noting that in the Kuiper belt, where Pluto lives, many objects have a red-brown color, which can be called a distinctive feature of this region of the solar system.