Cooper learned to fly as a child, and after serving in the US Marine Corps during World War II, he was commissioned into the US Air Force in 1949. After serving as a fighter pilot, he qualified as a test pilot in 1956, and in 1959 was selected for the astronaut corps.

Until his death (March 6, 1927 – October 4, 2004), Cooper claimed that the US government was indeed hiding information about UFOs.

He pointed out that there were hundreds of reports made by his fellow pilots, many of them from military pilots sent to respond to radar or visual sightings. In his memoirs, Cooper wrote that he saw unexplained flying machines several times during his career, and that hundreds of reports were made.

Cooper’s story proves once again that pilots and astronauts have encountered and reported UFOs over the years, but despite hearings in the U.S. Congress on UFOs about so-called tick-tock UFOs, they still cover it up. because they do not want to tell the truth about the existence of extraterrestrial UFOs.

Astronaut L. Gordon Cooper spoke about the UFOs he witnessed and sent a letter to the UN about this UFO phenomenon. 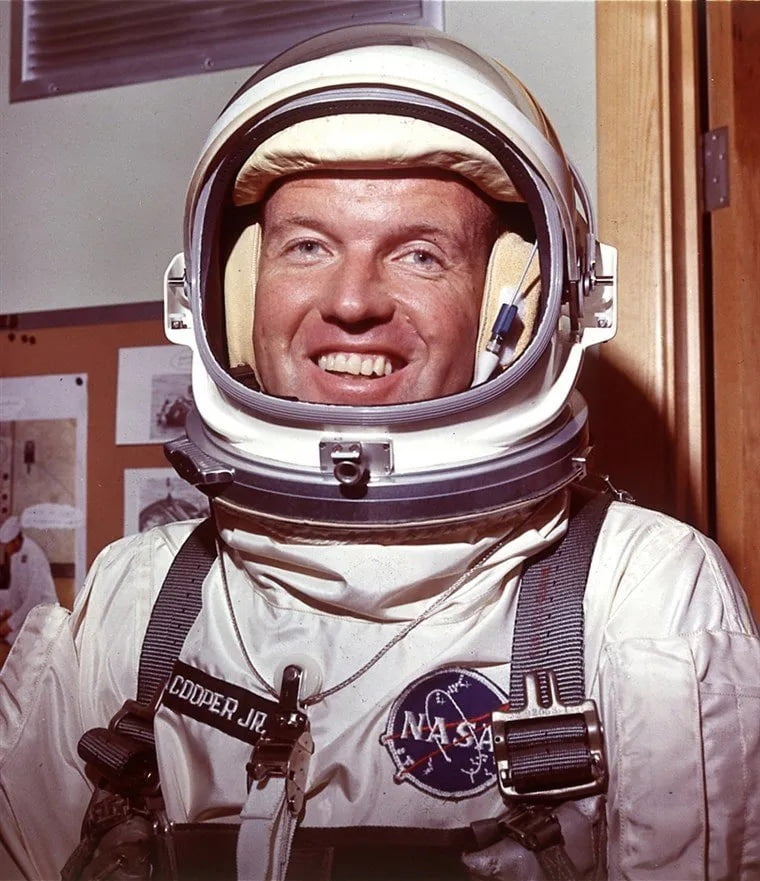 Cooper’s letter to the UN about the UFO phenomenon:

Grenada Mission to the United Nations

Dear Ambassador Griffith, X I would like to give you my perspective on our extraterrestrial visitors, popularly referred to as “UFOs”, and suggest what can be done to properly deal with them.

I believe that these extraterrestrial vehicles and their crews are visiting our planet from other planets that are obviously a bit more technically advanced than we are here on Earth.

I believe we need a top level coordinated program to scientifically collect and analyze data from all over the Earth regarding any type of meeting and determine the best way to interact with these guests in a friendly manner.

We must first show them that we have learned to solve our problems by peaceful means, not by military means, before we are accepted as fully qualified members of the universal team.

Such acceptance will have enormous opportunities for the development of our world in all areas. Of course, then it seems that the UN is interested in resolving this issue correctly and quickly.

In addition, in 1951, I had the opportunity for two days to observe many aircraft of various sizes flying in a fighter formation, usually from east to west over Europe. They were at a higher altitude than we could achieve with our jet fighters of the time.

I would also like to point out that most astronauts are very reluctant to discuss the topic of UFOs due to the sheer number of people who indiscriminately sold fake stories and forged documents, abusing their names and reputations without hesitation.

The few astronauts who continue to participate in UFO research have to do so very carefully. There are a few people among us who believe in UFOs and who have seen UFOs on the ground or from an airplane. There was only one case from outer space, which may have been a UFO.

If the UN agrees to continue this project and give it its credibility, perhaps many other qualified people will agree to come forward and provide assistance and information.

I look forward to meeting you soon.

But even before he had the life-changing experience of becoming the first person to sleep in space, he claimed to have seen UFOs flying over Germany in 1951.

The astronaut also said he saw flying saucers that were spying on a secret air base where experimental American planes were being tested.

“I believe that these extraterrestrial vehicles and their crews are visiting our planet from other planets that are a little more technologically advanced than we are on Earth,” he told the UN in 1984.

“We may first have to show them that we have learned to solve our problems through peaceful means, and not through war, before we are accepted as fully qualified members of the universal team.”

“Their adoption will have enormous opportunities for the development of our world in all areas.”