(ORDO NEWS) — Human-level organic intelligence may only be a brief lapse in human history before machines take over.

Is there intelligent life in the universe? This question has been debated for centuries, if not millennia. But only recently have we had a real chance to find out, thanks to initiatives such as SETI (Search for Extraterrestrial Intelligence), which use radio telescopes to actively listen to radio messages from alien civilizations.

What should we expect to find if these searches are successful? I suspect that these are unlikely to be little green men, as I discussed during my talk at the Breakthrough Listen conference (a SETI project).

Suppose that there are other planets where life originated, and that it developed along the Darwinian path (which is not at all necessary). Even so, it is extremely unlikely that the development of intelligence and technology would occur at exactly the same pace as on Earth.

If it were significantly behind, then this planet would clearly not show any signs of extraterrestrial life in our radio telescopes. But around a star older than the Sun, life could have originated a billion years or more.

Human technological civilization is only millennia (no more) – and it may be another century or two before humans made of organic materials like carbon overtake or surpass inorganic intelligence like AI.

The computing power of computers is already growing exponentially, which means that AI in the future will be able to use much more data than today. It follows that he can become exponentially smarter and surpass human intelligence.

Perhaps the starting point would be to improve oneself through genetic modification combined with technology – the creation of cyborgs with part organic and part inorganic parts. This could be the transition to fully artificial intelligence.

It may even be possible for AI to evolve, creating better and better versions of itself on a faster-than-Darwinian time scale over billions of years. Then human-level organic intelligence will be only a brief gap in our “human history” before machines take over.

Therefore, if the alien intelligence developed in a similar way, we would hardly be able to “catch” it in the short period of time when it was still incarnated in biological form. If we could detect extraterrestrial life, it would be much more likely to be electronic than flesh and blood, and perhaps not even inhabit the planets.

Therefore, we must reinterpret the Drake equation, which was created in 1960 to estimate the number of civilizations in the Milky Way with which we could potentially communicate.

The equation includes various assumptions, such as the number of planets, as well as the lifetime of a civilization capable of emitting signals into space, which is estimated at 1,000 to 100 million years.

But the lifetime of an organic civilization can be a maximum of a millennium, while its electronic version can exist for billions of years. If we put this into the equation, it turns out that there may be more civilizations than we thought, but most of them will be artificial.

We may even want to rethink the term “alien civilizations”. “Civilization” implies a society made up of individuals. In contrast, aliens can be a single integrated intelligence.

If SETI succeeds, it is unlikely that decodable messages will be recorded. Instead, they may be a by-product (or even a malfunction) of some highly complex machine far beyond our comprehension.

SETI focuses on the radio frequency portion of the electromagnetic spectrum. But since we have no idea what is there, we have to explore all wavelengths, including the optical and X-ray parts. Instead of just listening to radio broadcasts, we should also be alert to other evidence of unnatural phenomena or activity.

These include artificial structures built around stars to absorb their energy (Dyson spheres), or artificially created molecules such as chlorofluorocarbons – non-toxic, non-flammable chemicals containing carbon, chlorine and fluorine – in planetary atmospheres.

These chemicals are greenhouse gases that cannot be produced by natural processes, which means they could be a sign of “terraforming” 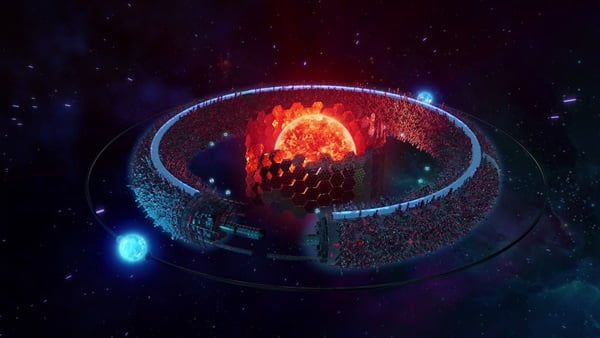 I would even say that it is worth looking for traces of aliens in our own solar system. While we can probably rule out visits from humanoid species, there are other possibilities.

An extraterrestrial civilization that has mastered nanotechnology could, for example, transfer its intelligence to tiny machines. Then she could invade other worlds or even asteroid belts with swarms of microscopic probes.

And even if we received a decodable radio message, how could we know the intentions of a superintelligent sender? We have no idea – remember the variety of bizarre motives (ideological, financial and religious) that have driven human effort in the past.

They can be peaceful and inquisitive. Even less intrusively, they may realize that it is easier to think at low temperatures – moving away from any star, or even hibernating for billions of years until it gets cooler.

But they can be expansionists – and that is what most of those who have thought about the future trajectory of civilizations seem to expect.

The future of intelligence

As the universe evolves, intelligent species may become incomprehensibly intelligent. Take, for example, our own future. In the end, the birth and death of stars in our galaxy will be slower and slower until there is a push when the Milky Way collides with the Andromeda galaxy in about a billion years.

After that, the fragments of our galaxy, Andromeda and their smaller satellites in our local group of galaxies will gather into one amorphous galaxy, and distant galaxies will move away from us and eventually disappear.

But our remnant will last much longer perhaps long enough for a civilization to emerge that could wield vast amounts of energy, even use the entire mass of the galaxy.

This could be the culmination of a long-term trend towards more complex living systems. At this stage, all the atoms that were once in the stars and gas can be transformed into a gigantic organism on a galactic scale.

These concepts go far beyond all technological possibilities that we can imagine, but do not violate the basic physical laws.

Posthuman intelligences may also be capable of building computers with massive processing power. Humans are already able to model some fairly complex phenomena, such as climate.

However, more intelligent civilizations may be able to simulate living beings – with real consciousness – or even entire worlds or universes. 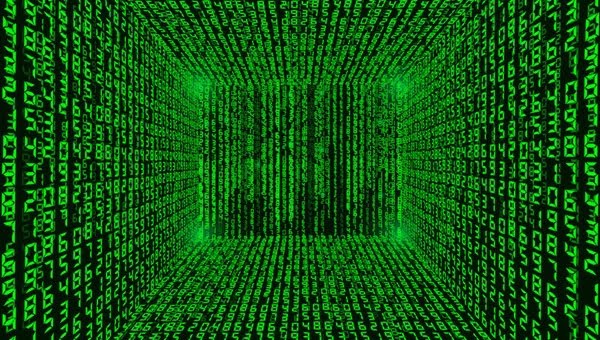 How do we know that we are not living in such a simulation created by technologically superior aliens? Maybe we are nothing more than entertainment for some higher being who controls such a model?

Indeed, if life is designed to create technologically advanced civilizations capable of creating computer programs, then there may be more simulated universes than real ones, suggesting that we are in one of them.

This assumption may seem unusual, but it is all based on our current understanding of physics and cosmology. However, we must be sympathetic to the possibility that we do not understand much.

Perhaps the laws we see and the constants we measure are only “local” and different in other parts of the universe? This would lead to even more amazing opportunities.

Ultimately, physical reality may involve complexities that neither our intellect nor our senses can comprehend. Some electronic “brains” may simply have a completely different perception of reality.

We also cannot predict or understand their motives. That is why we cannot assess whether the current radio silence observed by SETI means the absence of advanced alien civilizations or simply their preference.