(ORDO NEWS) — This resource helps to develop the global economy, but its transportation can cause problems that lead to huge damage not only to companies, but also to nature.

Oil slicks on the surface of reservoirs do not bode well for either nature or man. Here are some of the most significant catastrophes of our time.

People have used oil for thousands of years in medicine and the military. However, the real heyday of the popularity of this resource occurred after the industrial revolution, when oil became the starting material for creating fuel for lighting, as well as lubricants. Then it became a substitute for wood, coal and other energy sources.

Liquid oil had a number of significant advantages over other energy sources of the time: it was concentrated and could be easily transported from one place to another.

But the transportation of oil was not always successful: due to old and damaged equipment, human error and bad luck, oil sometimes did not reach from one point to another.

Especially dangerous were the accidents of oil tankers, as a result of which the surface of the water was covered with a film for hundreds of kilometers. Here are the worst spills that have happened so far.

Amoco Cadiz, a tanker filled with almost 314 million liters (approximately 2 million barrels) of light crude oil, ran aground on shallow rocks off the coast of Brittany, France on the morning of March 16, 1978.

Rescue tugs tried to secure the lines to the tanker, but conditions at sea ruined everything. The first of the tow lines broke just a few hours after being secured.

By the time the second one could be attached, the winds and waves carried the tanker to the coast of Brittany, where the ship crashed into shallow underwater rocks. The impact punched holes in the hull and containers and released the oil.

About 321 km of the French coast was contaminated by the oil slick, which killed millions of invertebrates such as mollusks and crustaceans and an estimated 20,000 birds, and polluted oyster beds in the region.

In 1990, Amoco Corporation, the owners of Cadiz, agreed to pay $120 million to the French claimants, as well as an additional $35 million to Royal Dutch Shell, which owned the lost oil.

On March 2, 1992, Uzbekistan experienced the largest onshore oil spill in history and the worst oil spill in Asia. As a result of a well explosion, oil fell into a valley near the city of Fergana.

The oil caught fire and burned for two months before the pressure in the well subsided. Approximately 400 million liters of oil spilled and burned, and the same amount managed to be protected from fire.

As a result of the Atlantic Empress disaster, about 410 million liters of oil entered the Atlantic Ocean about 16 km from the islands of Trinidad and Tobago.

The collision of the tankers Atlantic Empress and Aegean Captain on July 19, 1979 during a tropical storm resulted in the largest tanker spill on record.

Both ships caught fire and the fire ignited the oil slick, but the Atlantic Empress suffered the worst. The tanker was towed offshore and burned for two weeks before sinking.

The world’s largest known oil spill was not an accident. On August 2, 1990, Iraqi leader Saddam Hussein ordered the occupation of Kuwait in order to acquire the country’s large oil reserves, cancel Iraq’s large debt to Kuwait, and expand Iraqi power in the region.

The US has assembled a coalition of British, French, Egyptians, Saudis, Syrians and others to push out the Iraqis.

After a massive air and ground campaign in January and February 1991, Iraqi forces retreated, but in the process they set fire to hundreds of Kuwaiti oil wells that burned for months.

In an attempt to keep the coalition from landing Marines and other amphibious troops in northern Kuwait and southern Iraq, Iraqi forces released hundreds of millions of liters of oil from Kuwait’s Sea Island terminal into the northern Persian Gulf. By According to some reports , the volume of released oil could be up to 2 billion liters. 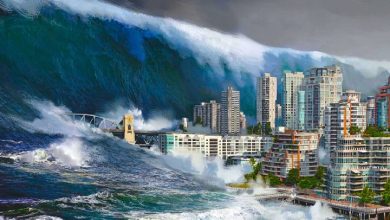