(ORDO NEWS) — On the Internet you can find a lot of advice on what to do and what to avoid on days when the Moon is close to the Earth. But how justified are they? Is it true that the moon draws blood to the head and bright lights drive people crazy?

Is it true that the moon’s gravity affects the fluids in the body?

Truth. However, this effect is so insignificant that it is unlikely to seriously affect well-being.

And today you can find opinions that on the new moon the pressure of fluids in the body decreases, so this period is allegedly hard to tolerate by hypotensive patients, and can also cause an emotional decline in people prone to depression.

On the full moon, on the contrary, the blood allegedly rushes to the head. Therefore, this period is dangerous for people with hypertension and a tendency to mania.

But these ideas are not consistent with physics.

The force of attraction depends on the mass of objects and the distance between them. The more massive an object, the stronger its gravitational field, and the closer another object is to it, the stronger it is attracted.

The side of the Earth closest to the Moon experiences a greater attraction than the far side – because of this, tides arise and ebb.

But the human body is so small that this effect will not affect it. The same can be said about small reservoirs – lakes, ponds and pools.

In addition, internal processes are constantly going on in our body that drive fluids in the right direction. Vessels constrict and expand, the heart contracts, metabolism takes place between individual cells. The influence of the moon in comparison with all this is negligible.

What about moonlight? Is he really harmful?

Another popular version says that the bright night light during the full moon affects biorhythms, and through them – on human health and behavior.

This allegedly explains the fact that people sleep poorly, become aggressive, experience an exacerbation of mental and physical ailments.

This version seems more plausible than the gravitational one. The level of light does affect the production of the hormone melatonin.

And he, in turn, triggers the reactions of falling asleep and waking up, and also controls many processes in the body. The light of the moon will not wake a sleeper, but it may be enough to prevent falling asleep.

In a 2021 article, scientists used fitness trackers to monitor the sleep of more than 500 volunteers living in different settings and regions of the world.

The authors specially selected some of them among the representatives of the indigenous South American people of the Toba. Some of them have already moved to the cities, but others still live without access to electricity.

Tracker data showed that during full moon periods, volunteers did fall asleep later and slept less than during the rest of the time. This difference was observed in both urban and rural Toba residents.

But the connection between the phases of the moon and mental disorders, most studies have not confirmed. A 2006 review of over 10,000 medical records from different institutions found no association between the full moon and the number of hospital visits for mental or mood disorders.

Why then are ideas about the influence of the moon so strong?

There is very little convincing scientific evidence of the influence of the moon on behavior. But why then are many convinced that this connection exists?

For example, according to surveys in the United States, 80% of nurses and 64% of doctors believe that the full moon is associated with an exacerbation of mental illness.

Perhaps it’s a cognitive bias known as confirmation bias. A person tends to notice and remember information that corresponds to his beliefs.

For example, a police officer or an emergency doctor notices the full moon and links this to the fact that the night turned out to be tense. Just as biased, people can evaluate events that fell on “unlucky” numbers and leap years.

In turn, the belief that something bad is to be expected with a full moon can itself lead to a change in the state of people.

Supporters of this point of view argue that it is necessary to purposefully study only those individuals who believe that they are influenced by the Moon. However, there are no such studies so far. 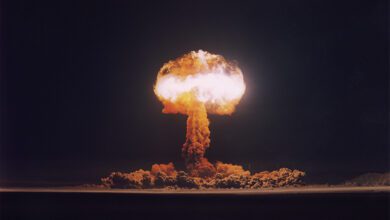