US, WASHINGTON (ORDO NEWS) — King Abdullah II of Jordan warns that if Israel goes ahead with its plans for annexation to the West Bank, a “major conflict” could break out.

The annexation by Israel of the Jordan Valley envisaged in the coalition agreement of the new Israeli government can lead to a conflict with Jordan, estimates in an interview with Spiegel king Abdullah II.

“What would happen if the Palestinian National Authority collapsed? There would be more chaos and extremism in the region. If Israel annexed the West Bank in July, then a major conflict with the Hashemite Kingdom of Jordan could break out,” he said.

He also does not exclude that his country can withdraw from the Israeli-Jordanian peace treaty signed in 1994.

“I don’t want to threaten and create an atmosphere of discord, but we are considering all options. We agree with many European countries and the international community that the law of force must not apply to the Middle East, ”underlines the king.

Donald Trump’s “deal of the century”

As part of their power-sharing agreement , Benyamin Netanyahu and Benny Gantz plan to announce from July 1 a strategy to implement the American project on the settlement of the Israeli-Palestinian conflict which provides, among other things, for annexation by Israel from the Jordan Valley and Israeli settlements in the occupied West Bank.

Called the “deal of the century,” this project presented on January 28, 2020 by the Trump administration rejects many provisions of the Arab Peace Initiative in return for economic benefits to the Palestinians.

The American plan was rejected by Palestinian President Mahmoud Abbas who announced the breakdown of “all relations” with Israel and the United States. 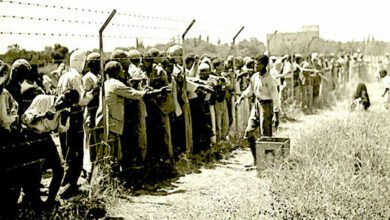 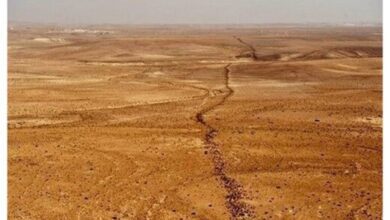