(ORDO NEWS) — Just because you don’t believe in gnomes, elves, and trolls doesn’t mean they don’t exist in the world. You just got older, too old, and lost touch with childhood. Why does a child believe in miracles? Yes, because he looks at this world with wide eyes and expects magical gifts from him. And the world willingly goes to meet.

History first. About the dwarf who amused one brother and frightened another

This story begins in 1948. in Liberty, Missouri. Dan Bortko was very young when his family moved here from Kansas. The house where they began to live was built in the 1920s; recently it has been empty. The house was located on top of a hill, next to it was an old barn.

Four years passed, and one day with five-year-old Dan, what is called a miracle happened. The boy slept in a room with two younger brothers. Something woke him up in the middle of the night. Dan opened his eyes: at the foot of the bed stood a very small old man. He had a big nose and a long white beard. The old man looked like a gnome from a holiday card. He was wearing, for example, German-style leather shorts. The little man held a smoking pipe in his hands.

Dan was so surprised that he was not even scared and only looked at his guest with all his eyes. The gnome also silently looked at the boy, then smiled, winked at him and disappeared into the wardrobe. 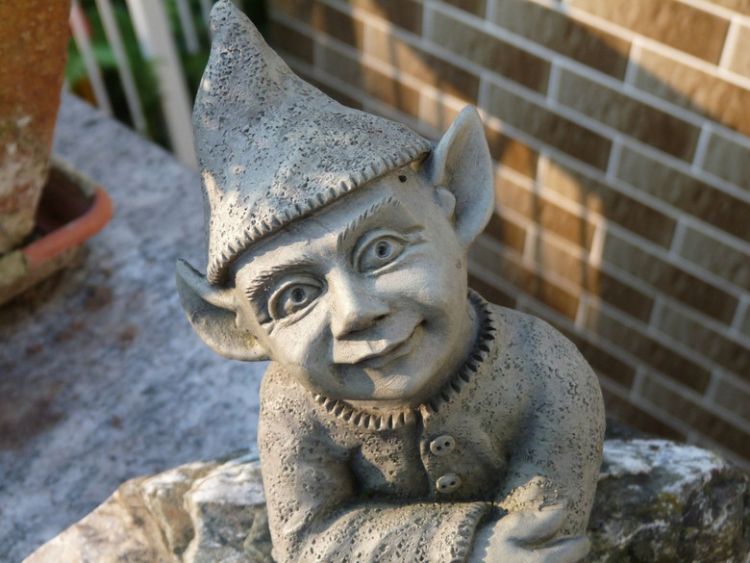 After that, Dan, looking out the bedroom window, often saw little people, and always – near the old barn. Once he even drew a gnome who visited him at night. When Dan’s younger brother, Bill, saw this drawing, he was very frightened and began to cry. And every time the ill-fated drawing caught Bill’s eyes, the kid burst into tears. As you can see, the gnomes amused one brother, and frightened the other – perhaps because he was capricious and sneaky. As for the parents, they were in the dark and believed that Dan had some kind of imaginary friend with whom the boy often spoke.

The second story. About the gnome who came in a thunderstorm

Today, Dave Barsalow is a respectable middle-aged American, but he remembers well the almost fabulous story that happened to him at the age of ten. Dave lived then in New York – with his parents, sister and grandmother.

That night there was a strong thunderstorm, and the boy was awakened by thunder. He was alone in his bedroom. Suddenly, in the noise of the wind and the rumble of heaven, Dave heard some more sounds. It was a groan or a howl, but it didn’t sound like a human cry or an animal whining. The boy became uncomfortable. For a while he lay still, wrapped in a blanket, and then he could not stand it, got out of bed and padded into his grandmother’s room, which was closer than the others. Dave quietly darted to his grandmother under the covers, he didn’t want to wake her up. However, the woman did not sleep. Embracing her grandson, she pressed him to her and asked in a whisper:

“Grandma, what is this howl?” – in turn asked the boy.

“My dear, there is no one there,” Grandmother said confidently. – Close your eyes and sleep.

Dave realized that she was no longer inclined to talk, and pretended to fall asleep. In fact, he was sensitively listening to the sounds coming from the street. Now the strange howl was already moving, as a living creature moves. Rounding the house, he approached the wall behind which was the grandmother’s room, and therefore was within two feet of the boy.

Dave lay, afraid to move, and thought about why his grandmother couldn’t hear any of this. And suddenly he realized that she was just pretending – pretending so as not to frighten him even more.

After a while, the howl became quieter, the storm also gradually calmed down. Dave fell asleep. When he woke up, he saw sunlight shining through the curtains. Grandmother was not in the room, and the boy went to look for her. The living room and kitchen were empty, and Dave decided that the grandmother was in the yard. Opening the front door, he froze in amazement.

Armed with a rag, the woman cleaned the porch from the dirty footprints left by someone’s tiny feet. It seemed that he inherited a newborn child or a mechanical doll.

– What is it? – Dave exclaimed in fear. – Grandma, what are you doing?

But then, behind him, the voices of his mother and sister were heard. Grandmother pressed her finger to her lips sternly and with a nod of her head ordered the boy to enter the house, while she herself continued cleaning. So, except for her and Dave, no one saw the striking footprints. Several times the boy tried to ask his grandmother about the night guest, but she either laughed it off or pretended not to understand her grandson. 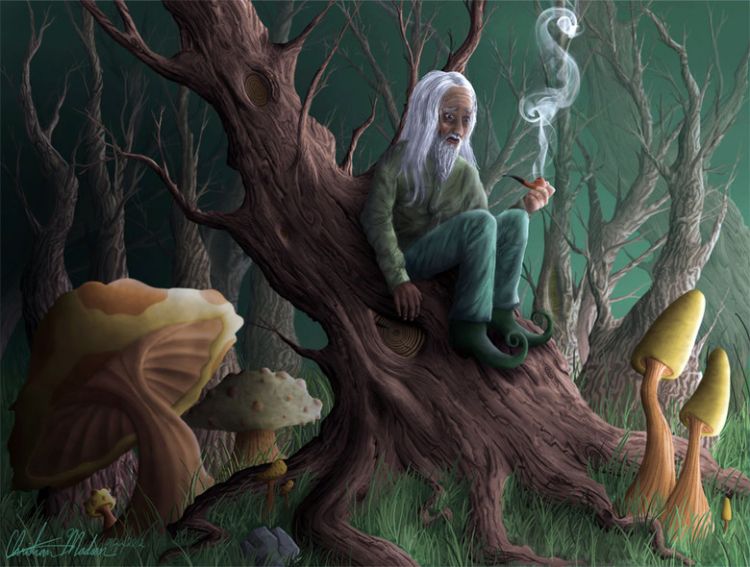 Later, Dave Barsalow learned that in the legends of the Indian tribes who lived in the Hudson Valley (where New York is now located), they often talked about little people who were somehow associated with storms and thunderstorms …

History the third. About the gnome who was “not recognized”

The following story was told by David Schwab, a 54-year-old New Jersey resident. David spent his childhood in the city of Orange, where his friend was a boy named Jerry, who saw a gnome with his own eyes.

This Jerry often told David about a small long-bearded creature, but he considered his stories a fiction, which made his friend very angry. It was in the early 60s.

Many years passed, and David Schwab believed in the existence of gnomes (there were some reasons for that). In December 2009 he met with Jerry and asked him to repeat his childhood story. 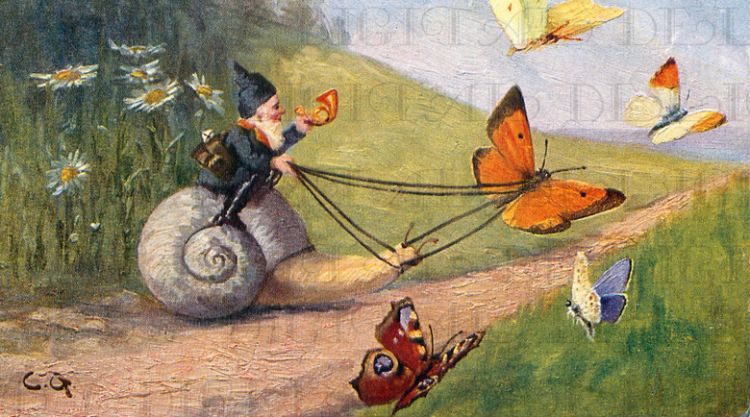 He said that, as a child, he went out into the yard for a walk and saw a small man with a long beard standing on the porch. He was wearing funny clothes and a pointed hat. The growth of the little man was only 2-3 feet. He looked at the boy piercingly and at the same time mockingly. After that, Jerry saw the gnome more than once in his house, and he never tried to scare the boy. True, he did not have friendly relations with him.

When Jerry was already an adult, a cousin came to visit him. He had a five year old son with him. In the afternoon the boy was laid to rest in Jerry’s bedroom. Suddenly, the child ran out of the room with a loud cry and rushed to the adults. As it turned out, he was awakened by a small man with a long white beard. He stood by the bed and just looked at the boy. Jerry immediately remembered his former gnome and understood who had come to his nephew. He just did not understand why he had to be so scared if he was a completely harmless old man. Has the boy never seen gnomes in pictures or on TV? But, probably, everyone perceives miracles in their own way.

Astronomers have not found the senders of the extraterrestrial signal Wow!

Astronomers have not found the senders of the extraterrestrial signal Wow!