(ORDO NEWS) — American chemists have discovered a surprisingly simple mechanism that could lead to the formation of RNA chains on Earth – molecules whose evolution culminated in the appearance of the first living cells.

Modern organisms encode and transmit hereditary information in the form of DNA, and implement it with the help of proteins. However, it is believed that life began with RNA, the molecules of which can perform both an informational function (like DNA) and a catalytic function (like proteins).

It is assumed that the appearance of the first full-fledged cells was preceded by a long period of “RNA world” and the chemical evolution of RNA.

But then the question arises, how did so many of these molecules appear on the early Earth? Their individual components are simple and easily formed during abiogenic processes. But combining them into nucleic acid polymers is not so easy.

Chemists have long been trying to find the conditions and reactions in which the abiogenic synthesis of RNA chains could develop. As a rule, this requires a highly complex sequence of events, raising doubts that such a thing could happen on its own and on a large scale.

However, the new work of American scientists offers a new and very simple option – the polymerization of RNA on volcanic glass, which was abundant on the early Earth. They write about this in an article published in the journal Astrobiology.

Elisa Biondi and her colleagues from the Foundation for Applied Molecular Evolution conducted laboratory experiments showing that relatively long RNA chains, up to 100-200 units, spontaneously form when a mixture of nucleotides percolates (leaks) through volcanic glass. Such minerals are formed during the rapid solidification of basaltic magma, which was extremely abundant on the surface of the young Earth.

During the period in question, extremely active volcanism continued on the planet. In addition, shortly before this, the Earth collided with a massive celestial body, and the impact threw out huge amounts of rock, some of which formed the Moon, and some fell back, further heating the surface of the planet.

The lava created by these processes could almost completely cover it, and the evaporation of water due to high temperature could create small isolated reservoirs suitable for the first reactions of proto-life.

The same meteorites falling back to Earth contained large amounts of iron and nickel, and could restore the atmosphere in flight.

Scientists have shown that in such an environment they are able to undergo reactions between nitrogenous bases and ribose phosphate, leading to the formation of nucleotides – individual units of RNA.

Once in the mixture on the surface of volcanic glass, such nucleotides formed polymers – the reaction is catalyzed by the same nickel.

Thus, chemists managed to find a fairly simple way of transformations, starting from elementary organic molecules, which are also found in space, and ending with fairly long chains of nucleic acids that are capable of Darwinian evolution, the progenitors of proto-life.

“The beauty of this model is in its simplicity,” commented Jan Špaček, an expert at Firebird Biomolecular Sciences. All this can be done by high school students in their chemistry class. Mix the original ingredients, wait a couple of days – and look for RNA.

It is curious that confirmation of the new hypothesis can be found … on Mars. The young Red Planet experienced similar active volcanism, but subsequently “froze”. Unlike Earth, where plate tectonics has destroyed almost all traces of the oldest volcanic glass, such samples have survived on Mars to this day.

“If life appeared on Earth in this simple way, it could very well appear on Mars,” says Elisa Biondi. “So it’s important to search for Mars as soon as possible.” 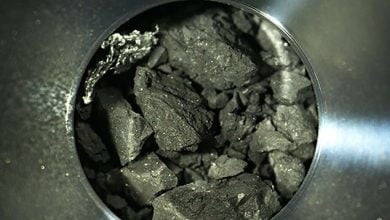