(ORDO NEWS) — Archaeologists from Bournemouth University have found the 2,000-year-old remains of the inhabitants of Britain’s oldest city, Duropolis. The Daily Mail writes about it.

The burial of five people buried in the fetal position, with sacrificed animals, food and other ritual elements, was discovered near the previously excavated (in 2015) Iron Age settlement of Duropolis, in Winterbourne-Kingston in the English county of Dorset.

The inhabitants of this settlement called themselves fools. They built a farming community around 100 BC with round houses and pits used as warehouses.

During excavations, experts found the bodies of men and women in oval pits that were originally used to store grain. The bodies were buried along with pieces of meat and earthenware bowls that once contained “drinks for the afterlife.”

Such offerings were necessary for the “transition of the dead to another place.” Archaeologists hope that their discovery and further research will allow them to better understand the religious practices in the communities of that time.

In June 2022, a team of Chinese scientists from the Sichuan Institute of Cultural Relics and Archaeology, Peking University and Sichuan University discovered various ancient artifacts from the Sanxingdui culture during excavations in southwest China‘s Sichuan province. 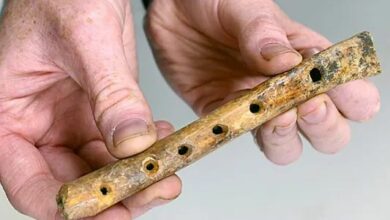 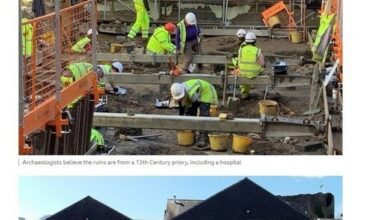