(ORDO NEWS) — “Know ye not that ye are Gods ” reads Psalm 82 verse 6 and John 10 verse 34. It is quite a radical thought, but some scientists are beginning to entertain a rather shocking speculation that might answer basic questions previously thought to be beyond the reach of traditional science.

What if each human being, and, for that matter, the whole Multiverse, is a physical manifestation in space and time of what has traditionally been called “God” becoming Itself (or Himself, or Herself – no pronoun really works here).

As the first self-realized species on earth to arrive at this point in the process of discovery, humans are probably in the vanguard, at least as far as Earth is concerned. But who knows how far other species in other neighborhoods out there in the universe, or universes, have advanced?

If the word “God” does not sit well at this point, some other word can be used. As it does not make any difference what the concept is called, as long as the Big Picture is clear.

To put the theory in a nutshell, everything in this universe, and every universe, is in the process of fulfilling the ultimate destiny of the Multiverse, which is to become the “body,” so to speak, of Consciousness, God, Akasha, Brahman, or whatever. For the sake of convenience, call it All That Is. 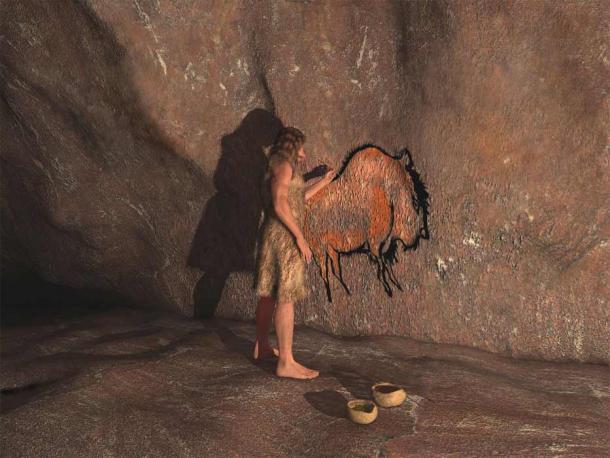 40,000 Years ago, humans began to think and express themselves symbolically

How can something so awesome and mysterious be summarized? It is, after all, the biggest mystery possible to research. All That Is shares something radical with humankind. All That Is has imprinted itself on people’s conscious selves.

It took a while, in earthly time, for it to kick in. But when the first humans crawled back into those great painted caves in western Europe more than 40,000 years ago, or gazed in awe at the night sky and wondered where they came from, the human race had finally evolved to the point where the real work of discovery could begin.

Since then, humans were able to think symbolically. They had religious thoughts spiritual inclinations that most probably led to the birth of religion. Humans were off to the races and have not stopped since. Humankind had glimpsed its Grail and were off on the quest for what can be called the supernatural Source – God.