(ORDO NEWS) — Wildlife photographer Frank Liu searched for a herd of rhinos in Kenya’s Masai Mara. With him was a guide, a local resident, who noticed an unusual zebra foal. He named him Tyra.

“At first I thought it was a zebra that was captured and painted or tagged to track migration. I was just confused,” recalls the photographer.

Like fingerprints, each zebra’s stripes are unique. According to Frank, Thera’s unusual coloration is probably the first recorded case in the Masai Mara. Previously, spotted zebra foals have only been seen in Botswana. 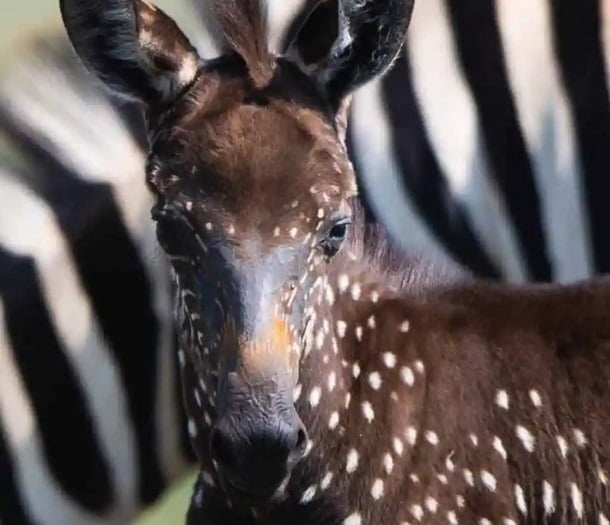 According to scientists, in foals with an unusual color, a rare genetic mutation is observed, in which certain anomalies in the pattern of stripes appear in animals.

Scientists have long argued about the purpose of zebra stripes. It was believed that they are needed for social adaptation, camouflage and thermoregulation.

However, recent studies have shown that the black and white stripes serve to protect zebras from flies that sting painfully and carry deadly diseases.

Experiments have proven that flies do not like to land on striped surfaces. Therefore, the risk of diseases from insects in zebras is low.

There is a chance that a spotted Tyra will not be very successful at repelling flies. The photo shows that the zebras accept the difference of the foal, and he will not have problems with entering the herd.