(ORDO NEWS) — In 536, a long winter came to Earth. Called the “year of darkness” – the temperature dropped sharply, and the sun faded due to dense clouds that prevented the sun’s rays from falling to the ground for 24 hours a day for 18 months. 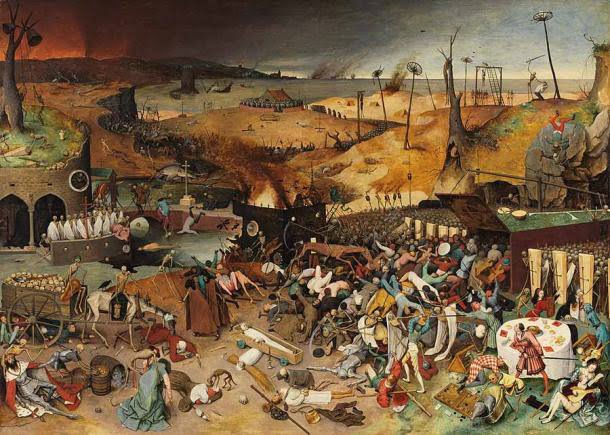 Mentions in historical texts about the global climate cataclysm

Back in 2018, Science magazine reported that medieval historian Michael McCormick stated that the year 536 “was the beginning of one of the worst periods for life, if not the worst year.”

In his historical work Historiae Ecclesiasticae, which translates as “Church Histories”, the 6th-century historian and church leader John of Ephesus wrote that “the sun became dark, and its darkness lasted 18 months.”

Between 535 and 536 there were a number of major climatic events that can easily be described as a global cataclysm with catastrophic consequences.

“Every day it [the sun] shone for about four hours, and still this light was only a faint shadow. Everyone declared that the sun would never return to its full light,” Ephesus described in detail.

Brandon Spector, “the fall of the Roman Empire may have been partly the result of a decade of famine and plague that began in 536 AD.” The drop in temperature actually marked the start of the coldest decade in 2,000 years.

These low temperatures, dropping, for example, to 1.5 C in the summer, led to crop failures and famines recorded around the world. Just a few years later, in 541 AD, the Plague of Justinian killed up to 100 million people across the Mediterranean. 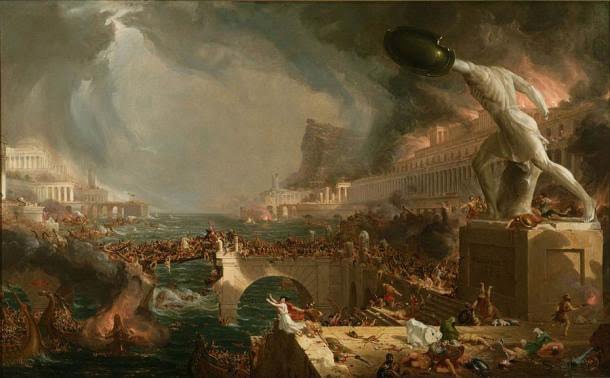 Darkness and harsh winter of 536

John of Ephesus is not the only author to mention this climatic cataclysm. Procopius, who lived between 500 and 565 AD and was a Byzantine scholar and historian of late antiquity, also mentions the strange behavior of the sun in 536 AD.

Believing that this is a bad sign foreshadowing future events, Procopius writes: “And it happened during this year that the most terrible omen occurred.

For the sun emitted its light without brightness, like the moon, during all this year, and it seemed very similar on the sun in eclipse, because the rays it shed were not clear.”

Another mention of the climatic cataclysm of 536 comes from the 6th-century writer Zacharias of Mitylene, who is the author of a chronicle containing a section that speaks of the “dark sun” between 535 and 536 AD.

“The sun began to darken during the day, and the moon at night, and the ocean raged from the oncoming waves from March 24 of this year until June 24 of next year…

And, since the winter was severe, so much so that birds died from a large and unexpected amount of snow… there was a calamity… among the people… from evil deeds.” Zechariah of Mytilene (Chronicle, 9.19, 10.1)

These historical references are only a small selection of the many stories from around the world written during the era in question. In all cases the sun was described as dimming and losing its light. Many have also described it as taking on a bluish tint.

Similar effects were observed with the moon. She just stopped being so bright. The decrease in light has led to a decrease in heat on the planet. Lack of rain and a very long winter led to crop failure, the death of birds and other wild animals, writes Zacharias of Mytilene. Famine and plague struck many areas and there was a huge amount of death.

In China and Japan, this event was also recorded in great detail. Due to lack of water, massive droughts began, followed by death. Hundreds of thousands of square kilometers of land have become barren.

The chronicles of Beishi, the official history of the Northern Dynasties, mention that in the province of Xi’an, 80% of the population died, and the survivors ate corpses to survive. The year was 536.

The catastrophic event also hit Korea, America, Europe, Africa and Australia. Although written sources about this cataclysm have not been preserved in all countries of the world, archaeological and geological data indicate climate change.

For example, studies done on tree trunks have shown that 536 AD was the coldest year in the last 1,500 years. 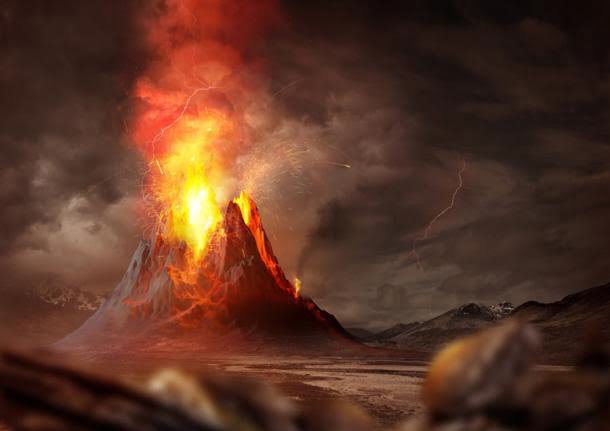 Trying to figure out what caused the darkness

The big question in all of this is why did this happen? Although there are no definitive answers to the question of the climatic cataclysm of 536, one of the theories put forward for the worst year in history is that a large asteroid or comet hit the sea (if it hit land, there would be there would be traces of a crater).

Geologist Dallas Abbott is one of the proponents of this view and bases his view on the evidence he found while studying ice cores from Greenland.

However, this does not explain the sun’s dim light, and no tsunami was recorded during this period, which would have occurred if the asteroid had hit the ocean.

Another theory put forward is a gigantic volcanic eruption, as the dust thrown into the atmosphere could have caused the dim light.

One candidate is the Krakatoa volcano, located between the islands of Java and Sumatra in Indonesia. Indeed, Pustaka Raja Purwa (meaning “Book of Ancient Kings”), written in 1869, describes an ancient volcano.

“There was a violent shaking of the earth, complete darkness, thunder and light… Then a violent storm arose with heavy rain, and a deadly storm eclipsed the whole world… When the waters subsided, it became clear that the island of Java was split into two parts, as a result of which formed the island of Sumatra

Although this manuscript dates from AD 416 and not AD 535, the fact that it was written in the 19th century may account for inaccuracies in timing.

In Search of Answers: Understanding the Climate Cataclysm of 536

Whether a definitive answer will ever be found is unknown, but that hasn’t stopped scientists from trying to find it. One feature of this global climate cataclysm is that it is virtually an unknown event.

Why is this climate event not taught in schools? Why isn’t there a lot of research on it? Perhaps because it reminds us of our fragility as human beings and that no matter how powerful and “advanced” humanity may become, we are still at the mercy of nature.

Although historians have known about this climatic cataclysm for a long time, they still remain at a loss as to its causes.

In 2018, analysis of a 72-meter ice core from a glacier in the Swiss Alps, which serves as a log of natural and man-made events, led to the conclusion that in 536 a powerful volcanic eruption occurred in Iceland, spreading ash throughout the Northern Hemisphere.

There were two more eruptions in 540 and 547. The results of the study were published in the journal Antiquity.

But why does a volcanic eruption affect global temperature? “When a volcano erupts, it ejects sulfur, bismuth and other substances high into the atmosphere, where they form an aerosol curtain that reflects sunlight back into space, cooling the planet,” explains Ann Gibbons in the journal Science.

According to a study by Antiquity, traces of lead were found in the ice core by 640, which, in their opinion, indicates the so-called “silver melting boom”.

Explains that this silver boom is a sure sign of “the resurrection of the economy in the darkness of a starving, disease-ridden Europe and the emergence of a new merchant class ready to trade in precious metals.” Mankind began to recover from the dire consequences of the climatic conditions of 536.

Cancer cells turned into liquidators of their “native” tumor

Cancer cells turned into liquidators of their “native” tumor