Uranus is the seventh planet from the Sun and is surrounded by two systems of rings in the equatorial region. This planet, which has a diameter of about four Earth‘s diameters, rotates “lying on its side”, which distinguishes it from all other planets of the solar system. 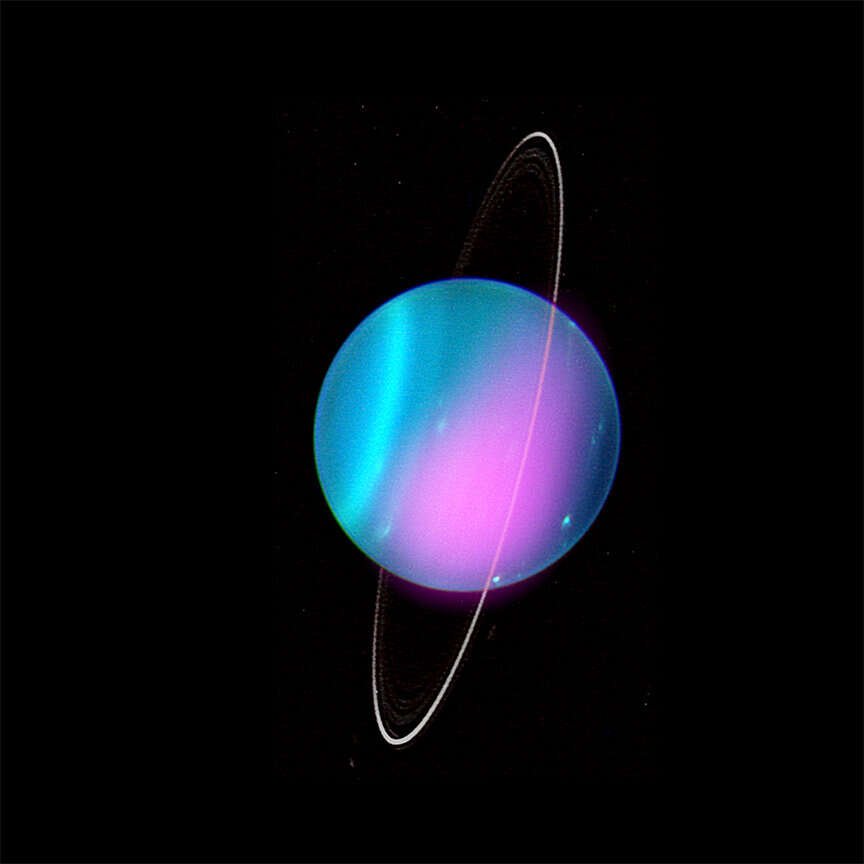 What could be the reason for the glow of Uranus in the X-ray range? Most likely in the sun. Astronomers have observed that both Jupiter and Saturn scatter X-rays emitted by the Sun, much like the Earth’s atmosphere scatters the light of our star. Although the authors of the work initially believed that most of the X-ray radiation from Uranus was due to the scattering of solar radiation, the study showed that in fact, at least one other possible factor could contribute to this radiation.

One possibility is that the rings of Uranus can produce X-rays themselves, as is the case with the rings of Saturn. Uranus is surrounded by charged particles such as electrons and protons, which are in the outer space of the planet. If these high-energy particles collide with the rings, they can cause a glow in the X-ray range. Another possibility is that at least some of the observed X-rays may be associated with auroras on Uranus – a phenomenon that has often been observed on this planet before in other bands of the electromagnetic spectrum, the authors explained.

The study is published in the Journal of Geophysical Research: Space Physics.