(ORDO NEWS) — When we look even further into the past, long before the advent of writing, we find ourselves at a complete loss as to what forms of music the primitive people preferred.

But we do know that music was probably a part of their daily lives as well as ours, and we have some audio evidence of what instruments they played.

In 2008, archaeologists discovered fragments of flutes carved from the bones of vultures and mammoths in a Stone Age cave in southern Germany called Hochle-Fels.

The flutes are meticulously crafted, says National Geographic, especially the mammoth bone flute, which was “particularly difficult to make.”

At the time of their discovery, researchers speculated that flutes “may have been one of the cultural achievements that gave the first European settlers of modern humans (Homo sapiens) an advantage over their now-extinct Neanderthal relatives.”

But, as is the case with much of what we know about Neanderthals, including new evidence of interbreeding with Homo sapiens, these conclusions may need to be revisited. 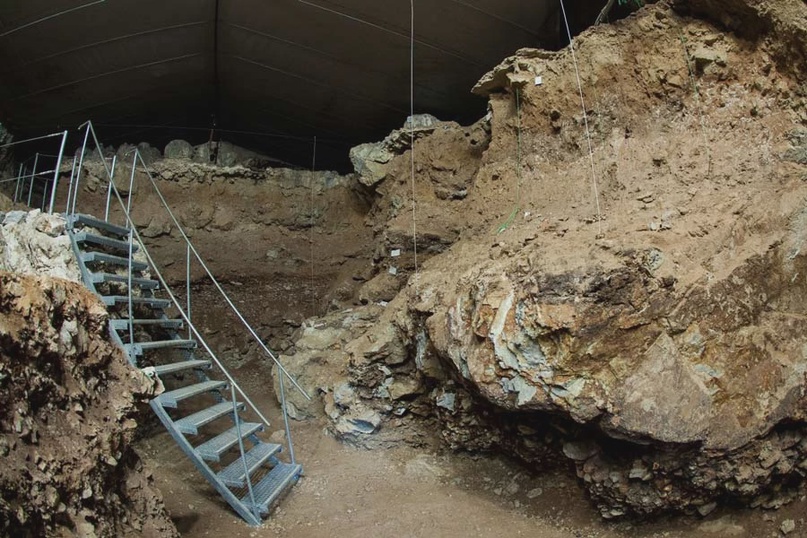 It is possible that the underestimated Neanderthals made their own flutes. This is evidenced by the discovery of 1995 – a flute made from the femur of a cave bear.

Found by archaeologist Ivan Turk at the Neanderthal site at Divya Baba in northwestern Slovenia, this instrument (see above) is over 43,000 years old, possibly as old as 80,000 years old.

According to musicologist Bob Fink, the flute’s four finger holes correspond to the four notes of the diatonic scale (do, re, mi…).

“If you don’t deny that it’s a flute at all,” says Fink, “the notes of a flute are inevitably diatonic and will sound almost perfect within any standard diatonic scale, modern or ancient.”

To demonstrate this, the curator of the Slovenian National Museum made a clay replica of the flute. You can hear Slovenian musician Luben Dimkaroski playing it at the top of this post. 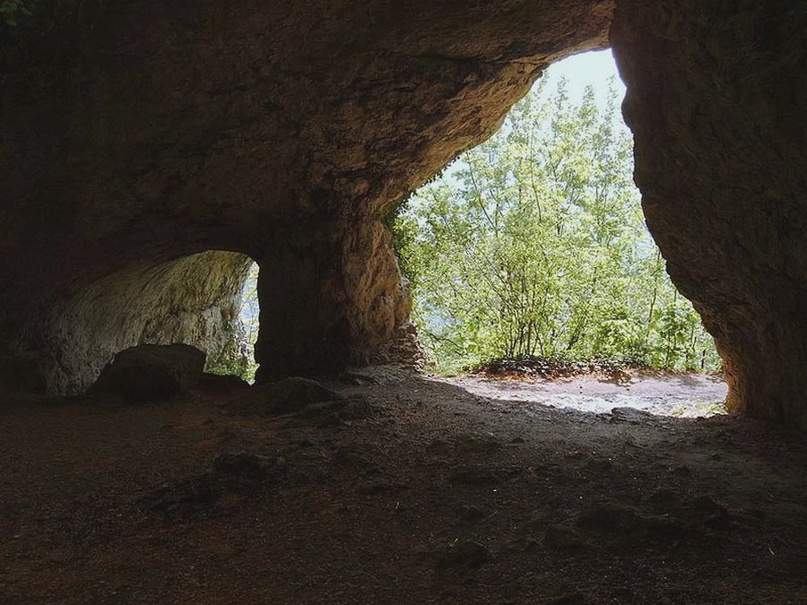 The prehistoric instrument really reproduces whole and half tones of the diatonic scale, and so completely that Dimkaroski can play fragments of several compositions by Beethoven, Verdi, Ravel, Dvorak and others, as well as several free improvisations “mimicking the voices of animals.”

On the Youtube video page, his choice of music is explained as “a medley of excerpts from compositions by various authors” selected “to showcase the instrument’s capabilities, tonal range, staccato, legato, glissando COPY00”. (Dimkaroski claims he figured out how to play the instrument in his sleep). 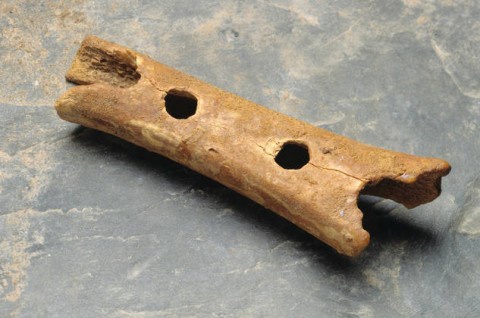 While archaeologists are hotly debating whether the flute is actually the work of Neanderthals, as Turk suggested, if so, the find contradicts claims that close human relatives “left no solid evidence that they were musical.”

But whatever its origin, it is certainly a hominid artifact – not the work of predators – and a clue to the prehistory of musical expression.