The eruption began around 11:30 p.m. local time on Sunday evening at the volcano’s summit caldera, according to a statement from the USGS. At 7:20 local time on Monday, the agency reported that lava flowed from the northeast side of the volcano, known as the Northeast Rift Zone. 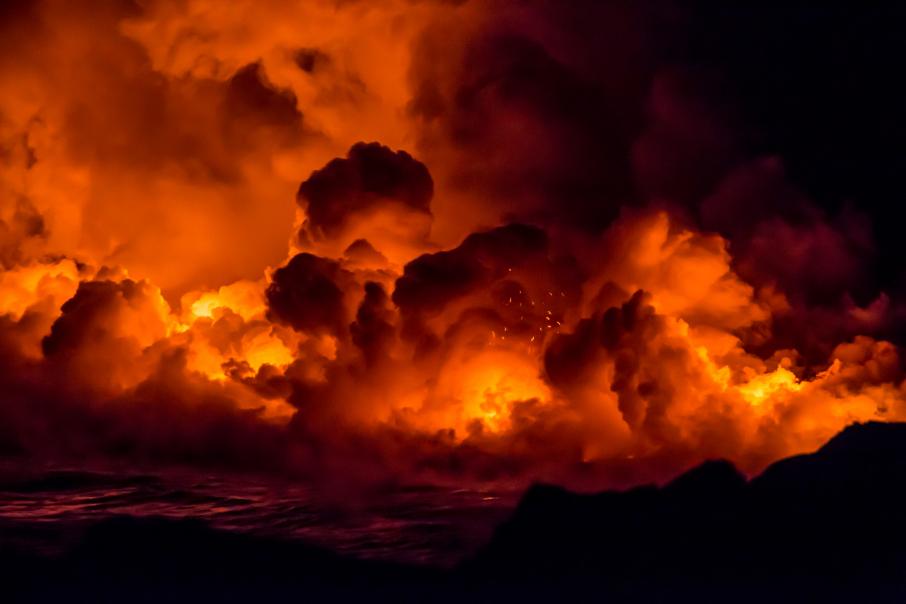 Mauna Loa is an active shield volcano with a height of 4169 meters. It began to form over 700 thousand years ago, and its activity led to the formation of the Hawaiian Islands chain. Above sea level, the volcano rose, probably about 400 thousand years ago.

“The lava flows do not threaten any settlements located below the slope, and all indications are that the eruption will remain in the northeast rift zone,” the ministry said in a statement.

However, officials said the winds could carry volcanic ash, gas and other eruptive products away from the volcano. The incident forced Southwest Airlines to cancel 10 flights between Hilo and Honolulu on Monday.

The Hawaii Emergency Management Agency and the Hawaii Tourism Authority said Monday morning that there is no immediate threat to communities. Officials issued no evacuation orders, but Hawaii County opened several shelters just in case.

The National Weather Service office in Honolulu issued an ashfall alert, warning that up to six millimeters of ash could accumulate in parts of the island.

“People with respiratory conditions should stay indoors to avoid inhaling ash particles, and anyone going outside should cover their mouth and nose with a mask or cloth,” the National Weather Service in Honolulu warned.

“Based on past eruptions, the early stages of a Mauna Loa eruption can be very dynamic, and the location and progression of lava flows can change rapidly. If the eruption remains in Mokuaweoweo (the summit caldera), the lava flows are likely to be confined to the caldera walls. However, if eruptive vents migrate outside of its walls, lava flows can move rapidly downslope,” the USGS said.

According to the US Geological Survey, Mauna Loa has erupted 33 times since 1843. Then the first “well-documented historical volcanic eruption” was held. The last time the volcano erupted was in 1984. The eruption came after weeks of frequent earthquakes, prompting authorities to ask residents to prepare to evacuate.

Volcanic eruptions release large amounts of gas and particles into the atmosphere, including ash, sulfur dioxide, and carbon dioxide. Carbon dioxide is one of the greenhouse gases that harm our planet by accelerating climate change. What gases were released into the atmosphere and in what quantity, it will be necessary to study in the coming days.