The stealth aircraft should in the near future partially replace the aging fleet of Rockwell B-1 Lancer and Northrop Grumman B-2 Spirit, and even take on a number of tasks that are performed by the very old Boeing B-52 Stratofortress.

Previously, only drawings and computer graphics were shown to the general public; it was not known how the Raider actually looks.

However, the surprise did not work out – the real plane practically does not differ from the “cartoons”: a flying wing with a silhouette characteristic of inconspicuous bombers.

Visually , the B-21 is similar to the younger brother B-2 , which is to be expected, given the continuity of the development. Only the color is surprising: it is gray, and not almost black, like all the previous “invisibles”.

We must pay tribute to the marketing of new items – Northrop Grumman calls his brainchild the world’s first sixth-generation strategic bomber. And it’s not just the notorious “stealth”.

This status is given to the aircraft by deep integration into existing and future distributed military information systems.

In particular, the ability to communicate with other aircraft for target designation, the exchange of arbitrary data sets and situational awareness.

In addition, the machine should easily adapt to almost any air-based weapon system. This refers to missiles and bombs, both already in use and only being developed.

In addition, according to Reuters , the B-21 Raider should become cheaper than its predecessor, the B-2.

The design of the new bomber uses radar-absorbing coatings, which are more resistant to environmental influences, and also require less effort to maintain integrity and safety.

This should radically reduce the cost of a flight hour – perhaps the main problem in the operation of stealth aircraft. 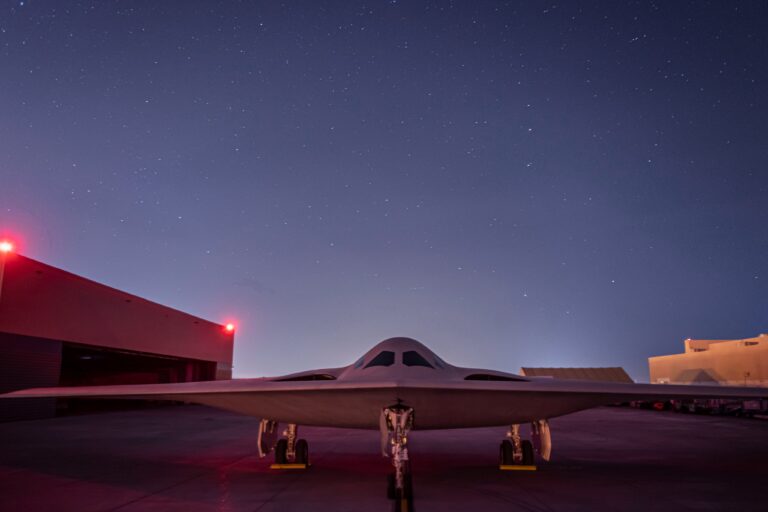 At the moment, six prototypes are at various stages of production, and in total Northrop Grumman plans to build from one hundred to one and a half hundred machines.

Depending on the source, the number of sixth generation bombers ordered by the US Air Force varies.

Adjusted for inflation, as of the end of 2022, one Raider is valued at $750 million. This is half the overboard price of the B-2 Spirit.

The savings are significant, especially if Northrop Grumman can keep its promise to lower maintenance costs.

The development of the machine began in 2014, and the terms of reference for the next generation of “strategists” differed from those for the previous missile carriers and bombers.

Among other things , the B-21 must perform reconnaissance and command functions without additional conversion.

Initially, they planned to assign an optional interceptor task to him, but as far as one can tell, this idea was abandoned.

The first flight is scheduled for 2023, the start of mass production and commissioning are expected closer to 2026-2028.

Amazing cloud formation captured over the Rock of Gibraltar

Amazing cloud formation captured over the Rock of Gibraltar