(ORDO NEWS) — Iranian Amu Haji didn’t bathe for half a century, ate waste and smoked a pipe filled with animal excrement. But as soon as he decided to deviate from his principles, his life was cut short. He was 94 years old.

The man had not washed himself with water or soap for over 60 years.

Amu Haji lived in a tiny shack without windows and doors, which the locals built for him out of pity, was covered with soot from head to toe and smoked a lot.

The population of the village of Deyga in the southern province of Fars, where the hermit lived, said that he experienced “emotional failures in his youth” that forced him to abandon all the benefits of civilization, he left home, dug himself a hole and began to live in it.

Locals repeatedly made attempts to force the man to wash, but they were all in vain. Once he was taken to the river near the village to swim, but Hadji jumped out of the car when he realized what they wanted to do to him.

In 2014, the Tehran Times reported that Haji ate manure, drank water from puddles, smoked a pipe filled with animal excrement, and believed that cleanliness would make him sick. The photographs taken show him smoking several cigarettes at once. 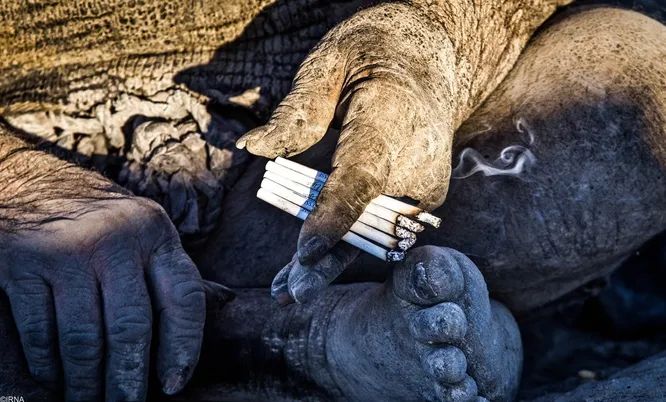 Hadji was unemployed, he never had a family. But he did not complain about loneliness, because he became a local celebrity: in 2013, a short documentary film “The Strange Life of Amu Haji” was shot about him.

The man told how he grinded growing nails on a stone and how he trimmed his beard – with the help of fire! Travelers and journalists from different parts of the globe constantly came to him, took photographs and asked about life. 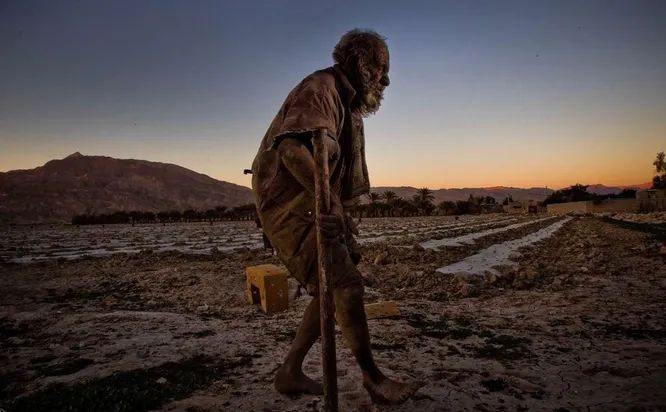 The story of “the dirtiest man in the world” interested scientists. A few years ago, a medical team performed a full examination of Hadji.

The result baffled them: despite his lifestyle, the man was remarkably healthy and had no serious disease or bacteria.

The only thing that the doctors confirmed was trichinosis in an asymptomatic course. According to experts, he could have picked it up from infected raw meat.

After the death of Haji, the unofficial title of “the dirtiest man in the world” can go to the Indian Kailash Singh from the suburbs of Varanasi – he has not washed for more than 30 years.

His position is a kind of protest, which he himself formulates as “the desire to put an end to all the problems that the nation is facing.”

Neighbors of the Indian note that he replaced taking a bath with a special ritual – a “fire bath”. Every evening, when the villagers gather, Kalau lights a fire, lights his pipe, and recites a prayer.