(ORDO NEWS) — Models for predicting the rise in the level of the World Ocean turned out to be insufficiently sensitive: by the end of the century, it may rise by more than 1.3 meters.

The rise in sea level is considered one of the main threats associated with global warming. Most of humanity lives in coastal areas that are threatened with flooding and destruction. And it seems that until now this danger was underestimated even by experts: sea level is growing faster than even the most pessimistic forecasts. This is the conclusion reached by the authors of a new article published in the journal Ocean Science.

Estimates by the Intergovernmental Panel on Climate Change predict that ocean level will rise by a maximum of 1.1 meters by 2100. However, Aslak Grinsted and Jens Christensen of Copenhagen University have shown that this figure can reach 1.35 meters. “The models used to predict sea level are not sensitive enough,” the scientists explain. 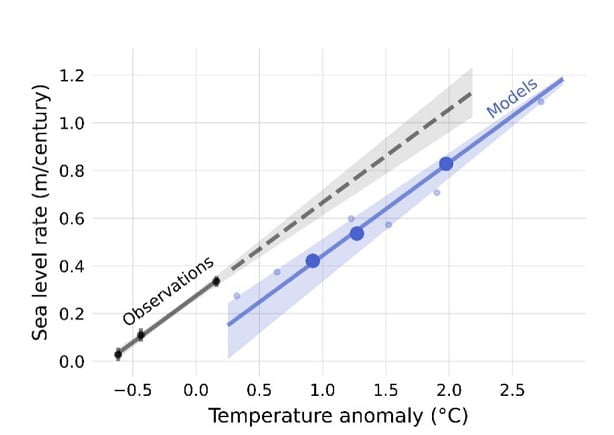 Such models take into account the contribution of glacier melting and thermal expansion of the water itself. However, the required data is often too fragmentary, especially from a historical perspective, so the calculation results may not be very accurate. Indeed, when Grinstead and Christensen used these models to estimate sea level rise from 1850 to 2017, they yielded less than reality.

After collecting additional historical data, the scientists corrected the model and performed new calculations. They showed that even with the minimum possible warming of 0.5 degrees by 2100, the level of the World Ocean will rise by half a meter. If the temperature rises by two degrees or more – and this is the scenario that develops today – the sea level rise will reach 1.35 meters.