(ORDO NEWS) — The international scientific community has long been debating the need to protect the far side of the moon. Recently, experts have again raised this issue. Hi-Tech understands the situation and explains why the far side of the Moon is a unique place in the Universe.

Due to the fact that the periods of rotation around the Earth and around its axis of the Moon are very close, only one of its hemispheres can be observed from the planet.

The reason for this synchronization is the interaction of tidal forces from the Earth with inhomogeneities in the distribution of mass in the shell of its satellite. In fact, the far side of the moon is very important for science. And the international community of scientists wants to officially protect it.

Why is the far side of the moon so important?

The reverse side of the Earth’s satellite always faces away from the planet. The Moon itself protects this region from radio frequency interference (RFI) from powerful ground-based transmitters. In addition, there is no significant ionosphere on the Moon.

On Earth, it absorbs and refracts signals from cosmic radio sources. Also the lunar environment is very dry and stable. In the future, this will make it possible to carry out stable and supersensitive radio observations.
The far side of the Moon has huge potential for astronomical development.

According to scientists, this will make it possible to study the dark ages. In the cosmological history of the Universe, this is the period of its development, the time interval between the appearance of the cosmic background radiation and the era of cosmic dawn, when the first stars appeared.

How do scientists want to protect the moon?

A newly formed group of experts called the Standing Committee for the Protection of the Far Side of the Moon (part of the International Academy of Astronautics) has begun to formulate existing problems and methods for solving them in order to save the unique region from radio frequency interference.

The new committee is chaired by Claudio Maccone, an Italian astronomer, space scientist and mathematician from SETI (Search for Extraterrestrial Intelligence, SETI is the common name for projects and activities to search for extraterrestrial civilizations). 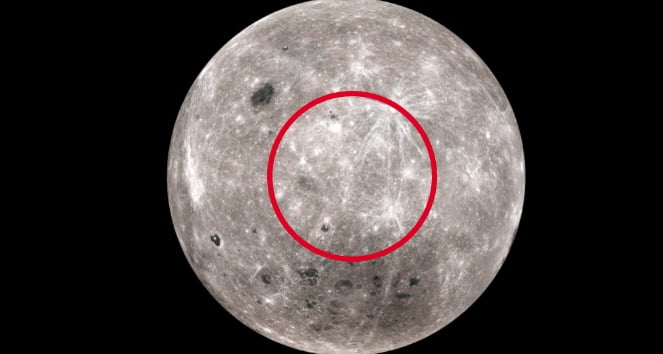 “PAC will not overlap with other areas that are of interest to human activity. This is the only area of ​​the reverse side, which will not be “reached” by radiation from future space bases, which will be based at the Lagrange points L4 and L5 of the Earth-Moon system, ”the scientist notes.

Because of these unique features, McConne believes that the PAC should be formally recognized by the United Nations as an international protected area.

“The far side of the moon is a unique place in the entire universe. It is close to the Earth, but protected from “radio garbage”. We are creating it in huge quantities, which makes radio telescopes ever blinder. Some kind of agreement is needed for the benefit of all mankind, ”the scientist emphasizes.

How can you use the far side of the moon?

The new IAA committee has attracted worldwide interest. For example, McKone stated in an interview with Space.com that several Chinese scientists told him that they would like to join the committee and contribute.

As part of the project, a radio telescope or a phased array could be installed on the far side of the Moon to detect radio waves of all kinds that cannot be detected on Earth due to ever-increasing RF interference. Daedalus Crater is the perfect place. According to scientists, its high edges are ideal for blocking any radiation that might still enter the region. Scientists also have some more new ideas on how to use the exceptional qualities of the far side of the moon. For example, Houston-based Lunar Resources is leading the FarView project. He is evaluating the possibility of building a radio observatory in a unique region that has received funding from NASA’s Innovative Advanced Concepts (NIAC) program.

FarView will be so sensitive that an observatory on the Moon can easily detect a radio station broadcasting from Pluto in about a minute. Scientists believe that the observatory will even be able to detect the transmission of a signal from a mobile phone from this dwarf planet. It’s worth it to protect the far side of the moon.