(ORDO NEWS) — Wheezing is a common occurrence that most of us deal with, whether it’s temporary due to something like hay fever or a cold, or longer due to a condition like asthma or chronic obstructive pulmonary disease (COPD). But scientists don’t really understand why this happens.

Have you ever noticed that your lungs whistle with every inhalation and exhalation? Scientists say that during this process, our respiratory system is enormously stressed.

The study used a combination of simulations and high-resolution video to try to shed light on the mechanisms of wheezing.

It has been discovered that there is a special “violent” process that can cause our lungs to make these wheezing sounds. The team hopes that with this information, it will be possible to better diagnose wheezing in the chest in the future.

“Because wheezing makes breathing difficult, it puts tremendous pressure on the lungs,” explains Alastair Gregory from the University of Cambridge in the UK.

“Wheezing sounds have been used to make a diagnosis for centuries, but the physical mechanisms responsible for wheezing are still poorly understood, and we don’t have a model to predict when and how they might occur.”

To understand the causes of wheezing, scientists needed to get to the end of the flexible bronchioles that form a branching network in the lungs. Researchers have created their own lung substitute by adapting a device called a Starling resistor, which consists of thin, elastic tubes of varying lengths and thicknesses.

The air passed through the tubes with varying degrees of tension, while its movement was filmed by a multi-camera stereoscopic installation. The scientists then observe how wheezing occurs and how the system maintains it through a series of vibrations in the lung tubes.

“We were surprised how strong the wheezing mechanism is,” says Gregory. “We found that there are two conditions for wheezing.

The first is when the pressure on the tubes is such that one or more of the bronchioles practically collapses, and the second is when air passes through the compressed airways with enough force to cause vibrations.”

In any case, the oscillations are maintained by a flutter mechanism in which the traveling air waves have the same frequency as the opening-closing of the tube. The same resonant scenario can destroy bridges and cause aircraft wings to break, which demonstrates how dangerous this phenomenon can be for the lungs.

Scientists have developed a “tube law” that takes into account the material properties and geometry of the lung passages, as well as the amount of stress they are under, to calculate when fluctuations can occur.

If the law can be adapted to human lungs, we will have a new way to analyze wheezing and determine both the type and location of serious bronchial problems.

More work will be needed to fine-tune the system to better capture wheezing sounds, but the researchers hope that simple audio analysis can, in some circumstances, replace X-rays and MRI scans, which are expensive and time-consuming and often critical. 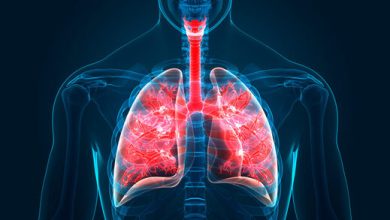