(ORDO NEWS) — We all remember how we memorized the names and positions of the planets at school: Mercury, Venus, Earth, Mars, Jupiter, Saturn, Uranus, Neptune, Pluto.

The latter, however, in 2006, experts stopped calling it a planet. But not all scientists agree with this.

In 2006, the International Astronomical Union concluded that Pluto did not meet the definition of a “planet”.

According to the criteria of experts, in order to be considered a planet, a cosmic body must revolve around the Sun, be almost round in shape, and clear the space around its orbit. Pluto does not fit on the last point.

The fact is that Pluto has no gravity. However, Pluto is called a dwarf planet.

Dwarf planets are small and do not correspond to the parameters characteristic of ordinary planets. Five such planets are known today. These are Ceres, Pluto, Eris, Makemake, Haumea. 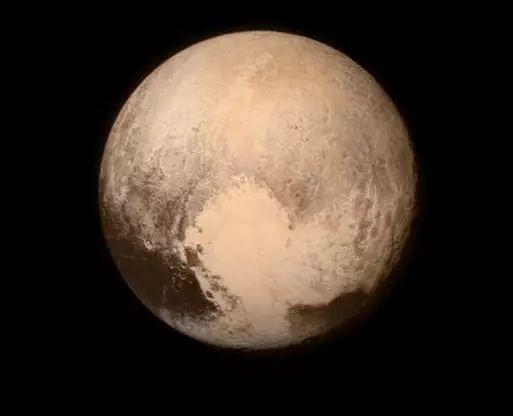 Some experts disagree with the opinion of the International Astronomical Union. So, in 2018, Philip Metzger from the University of Central Florida, in his study, stated that the existing standard for classifying planets cannot be called scientifically sound.

According to Metzger, an object should be called a planet based on its internal properties, and not based on the features of the orbit.

In addition, NASA’s Alan Stern noted that not all dwarf planets should be considered planets at all.

This is due to the fact that there are too many asteroids in the solar system, so not a single space body could clear the vicinity of its orbit.