(ORDO NEWS) — If you should carefully think about the question of why the night sky is dark, then it may seem to you that all this does not make sense. At the same time, anyone who has ever peered into the night sky does not have any doubt that it is very dark. The atmosphere on our planet is largely transparent to visible light, which allows us to peer into the vast cosmic ocean.

During the day, sunlight floods the atmosphere in all directions, with both direct and reflected sunlight coming in from everywhere. At night, sunlight does not penetrate the atmosphere, so the sky looks dark. But this is only part of the difficult answer to the question of why we generally believe that the sky, including space, is black.

Is the universe infinite?

The universe is full of stars and galaxies that are huge distances from each other: millions, billions or even tens of billions of light years. Starlight travels the universe and reaches our telescopes, revealing the secrets of the universe. It is possible that the Universe is infinite, and the number of stars and galaxies in it cannot be counted. In fact, scientists have not yet decided whether the Universe is finite or not; we just don’t know. But we know that the part of the Universe that we can observe must be finite.

As far back as the 1800s, Heinrich Olbers drew attention to one mathematical paradox. If our Universe were infinite with a constant density of stars and / or galaxies, then we would see an infinite amount of light from all sides, wherever we look.

First, we would see stars nearby, and then, in between, we could see even more distant stars. In this case, regardless of the distance – millions, billions, trillions, quadrillion light-years, etc. – in the end, wherever we look, we would stumble upon a star. It is important to understand that stars can be of various colors, shapes and sizes.

So, in the vastness of the universe there are stars many times greater than the mass of our sun. This is best illustrated by the image of the star cluster NGC 3766, in the constellation Centaurus. If the Universe were infinite, even in such a cluster there would be no “gaps” between the stars, since a more distant star would eventually fill these gaps. 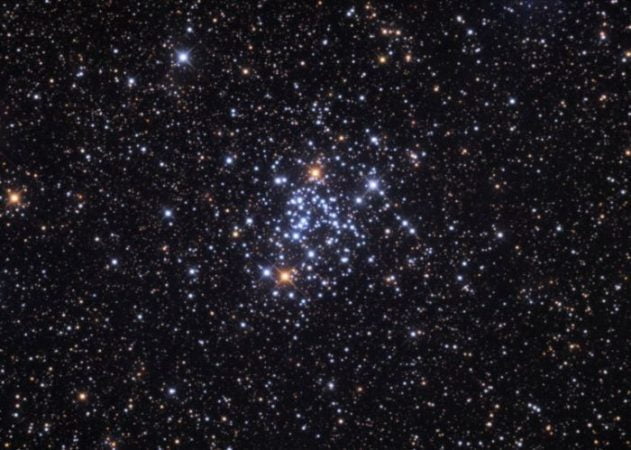 But the total number of stars that can be seen at a certain distance is related to the surface area of ​​the sphere, which increases with increasing distance squared. Multiply the number of stars by the brightness of each star, and you get a constant value. But brightness at a certain distance is a special quantity: let’s call it B. But what happens: if a star is two times farther, is it also B.’s brightness three times? Still B. At four? And again B. If we put all B together, we get B + B + B + B + … .. and so on. The answer, as usual, lies in the direction of infinity.

As far back as the 19th century, the German astronomer, physicist and physician Heinrich Olbers used this line of reasoning, which led him to conclude that the observable Universe cannot be infinite. However, he was not sure of this at all. In the end, there were other astronomical problems. One common objection was that this naive analysis did not take into account all the opaque dust that can be seen simply by looking at the plane of the Milky Way. Even today, Forbes writes, many of the most famous astronomical attractions are filled with light-blocking dust. 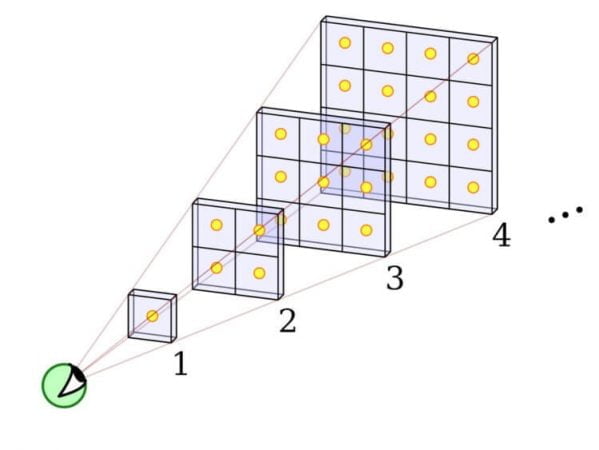 Dark, dusty molecular clouds, similar to those located within the Milky Way, will collapse over time and give rise to new stars, with the most massive stars forming in the densest areas. But starlight cannot break through dust – it is absorbed by it. In the final Universe, this dust can compete with starlight, because visible light entering the dust is absorbed and re-emitted at lower energies. But if the Universe were truly infinite, then the problem of the Olbers paradox would be revealed for every speck of dust: each speck of dust would have to absorb an infinite amount of starlight until it also emitted all the light absorbed by it at the same temperature!

In other words, something was wrong. Our Universe cannot be static, infinite and filled with eternally shining stars. If this were so, then the night sky would be bright, in all places and in all directions. Obviously there is something else here. From our point of view, the observable Universe can be 46 billion light years in all directions, but there is, of course, one more, observable Universe, possibly even their infinite number, which can be read more about in this article.

The universe may be infinite, but we see only the light that traveled for 13.8 billion years: that is how much time has passed since the Big Bang. Ultimately, the very nature of the universe – expanding, evolving and having a beginning – is the reason that we do not see the light around us, and the night sky seems dark.