(ORDO NEWS) — Artifacts of ancient civilizations excite the minds and imagination of current generations, give a sense of pride in their ancestors. And serve as a good source of income from tourism.

We have to restore or even rebuild many monuments of history and architecture, saving the legacy of the past from destruction by time or people. The famous Greek antique Parthenon is now returning to its original form – from the same materials and using the same technologies.

Half of the historical center of Prague, which is so admired by visitors, also had to be rebuilt after the Second World War: the Czechs rebuilt their capital exactly according to the surviving archival photographs and drawings. Outwardly, the remake is indistinguishable from buildings built in the Middle Ages. Yes, and in Moscow, the Cathedral of Christ the Savior, blown up in the 1930s, was rebuilt anew.

These are well-known facts, and no one hides the presence of a remake among real antiquities – there is nothing to be ashamed of. But there were cases when “new buildings” – fakes were deliberately passed off as ancient objects – either for the sake of profit or fame, or for the sake of creating ideologically necessary “artifacts”. It seems that a similar story happened with the famous English ancient megalith at Stonehenge – an object of stone blocks, allegedly built back in the Stone Age…

A whole collection of photographs from 1949-1958 is now circulating on the Internet, which depicts … the construction of Stonehenge! Yes, not in antiquity, but in the 20th century – with construction equipment and with the participation of military engineers of the British army.

At first, they tried to declare the pictures a fake, a montage, but by our time it became clear: the frames are real. Then those who defended the ancient origin of the megalith declared them a chronicle of repair and restoration: they say that the authorities replaced the ancient stones with reinforced concrete copies, and the artifacts themselves were sent for storage and study.

The trouble is that the photo shows the entire construction cycle “from scratch”, and the first shots show the site where Stonehenge is located, a pristine field with untouched grass. And there are no ancient stones, or even their traces, but only markings with lime along the border of the future construction site…

Here, even the most ardent supporters of the antiquity of Stonehenge did not find anything to object… It turns out that there was no megalith and Stonehenge is a fake, a hoax ? But why?

“Imagine the income from tourism with such an attraction and the ideological possibilities in the manipulation of mass consciousness in the presence of an object that shows the “antiquity” of your civilization,” says historian Yevgeny Smirnov.

It turned out that since 1898, an artillery school and a firing range have been located near Stonehenge. During the Second World War, the base expanded, and the villages closest to Stonehenge were evicted, and many of the lands around were transferred to the military.

Directly near Stonehenge there was a military airfield, a railway line was brought to the base and the airfield. That is, there are no civilians around for decades, there is a convenient transportation for heavy loads. The satellite era has not yet begun – build anything there, no one will notice the emergence of an “ancient” monument.

Proponents of the antiquity of Stonehenge point to medieval engravings and references to the monument in classical English literature of the 18th-19th centuries.

Seems like a strong piece of evidence. However, the engravings are very schematic, and the authors could mean another object by Stonehenge. Could they? Yes! Nearby, just 27 kilometers north of Stonehenge, there is a similar object, but much larger – Avebury.

Also a circle of a rampart and a ditch, also large stones stuck into the ground in a circle, but… Right on the site of Avebury, the British built a village in the 14th century and laid a road right through the prehistoric megalith. And the ancient stones of Avebury were already used for their houses and outbuildings.

The peak of construction and plunder fell just in the 18th-19th centuries – so that the English researchers of antiquity even had to specially buy land in Avebury in order to prevent the destruction of the architectural monument.

Then they proposed to Parliament a law on the protection of antiquities. As a result, now Avebury still has a few small stones and a moat with a rampart. It is these miserable remnants that are now protected by the state.

“There is a version that it is Avebury that appears in the English classic novels under the name Stonehenge,” Evgeny Smirnov notes. – However, the traditional Stonehenge was still, albeit somewhat different. On a medieval miniature, it is depicted as four U-shaped arches of 12 stone slabs.

The Stonehenge we know is much bigger. And this is where big questions arise for English restorers. The first major restoration was in the 1880s, when the owners of the land pulled together the stones scattered around the area. Then, in 1901, they began to put them in addition to those that were already there.

In the 1940s-1950s, some of the stones were replaced with concrete copies, and the rest were poured with concrete foundations so that they would not fall. And which stones were there from the very beginning, and which ones were imported – is still a question. But both Stonehenge and Avebury are listed as UNESCO World Heritage Sites. 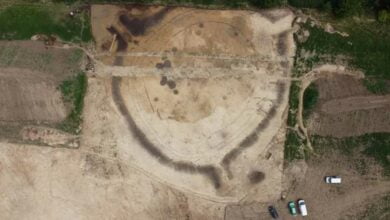 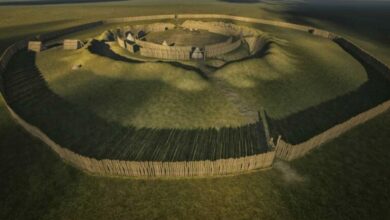 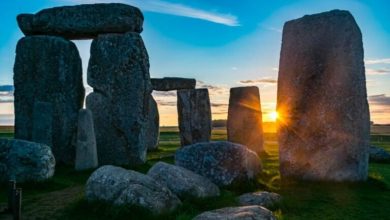 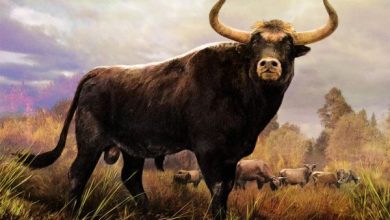