(ORDO NEWS) — In order to answer the question posed in the title, we need to start with another, simpler question: “Why is the daytime sky here on Earth blue?”

The daytime sky is blue because light from the Sun, a nearby star, collides with air molecules in the Earth’s atmosphere and scatters in all directions. The blue color is the result of this scattering process (details in Why is the sky blue? ).

At night, when this part of the Earth is “turned away” from the Sun, the sky appears black because there is no bright source of light nearby, such as the Sun, whose light can be scattered.

If you were on the moon , which has no atmosphere (there is, but extremely rarefied), then you would observe the black sky day and night. This is clearly seen in photographs taken as part of NASA‘s Apollo lunar program.

From the answer to a simple question, it follows that the picture of the world that we see is created due to the fact that light from a source (sources) falls on objects, is reflected, and then enters our eyes. The brain then processes the image formed on the retina to create a representation of reality.

For example, we see the Moon in the night sky due to the fact that sunlight falls on its surface, is reflected, and countless photons reach our eyes. 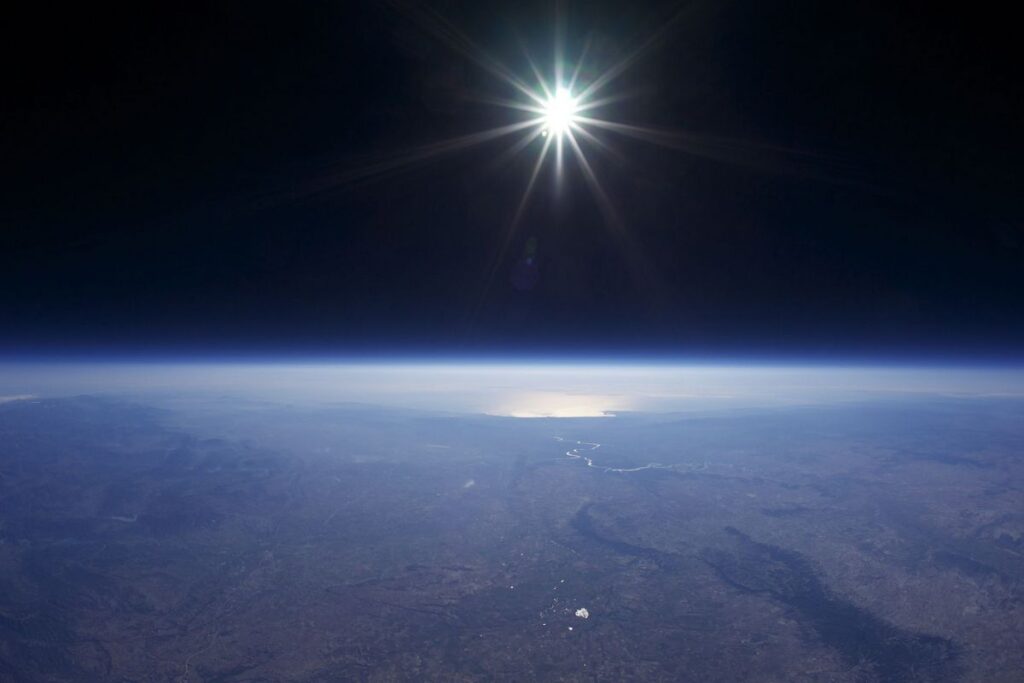 It turns out that in order to see something, you need two things: a light source and objects that will reflect it.

We smoothly approached the answer to the question in the title

There is a source of light in the solar system , the sun. Are there any objects that can reflect its light?

Interplanetary space is almost a complete vacuum, emptiness, just a few particles of dust and molecules per square meter of outer space, which are too small, and the distances between them are too large to provide a high-quality reflection of light.

Hubble snapped a fantastic photo of the birth of stars

Hubble snapped a fantastic photo of the birth of stars