(ORDO NEWS) — We all know that smoking is the main cause of lung cancer in most cases. However, there are people who can smoke all their lives, but they avoid cancer. Why is this happening?

This feature of the body can help scientists detect cancer in the early stages of development.

A study by scientists at the Albert Einstein College of Medicine, USA, suggests that some smokers may have strong mechanisms that protect them from lung cancer.

The authors of the work say that further study of such people may be “an important step towards the prevention and early detection of the risk of lung cancer.” Smoking has long been thought to cause lung cancer by causing DNA mutations in normal lung cells. Previously, however, scientists could not prove this because there was no way to accurately determine the number of mutations.

In a new study, scientists were able to overcome this hurdle by developing an improved method for sequencing single-cell DNA.

Previously, the problem was that single-cell whole genome sequencing methods could lead to errors that are difficult to distinguish from true mutations. The new single-cell multi-bias amplification (SCMDA) method takes into account and reduces sequencing errors.

How it helped in the new job

As part of the work, the scientists used SCMDA to compare the mutational landscape of normal lung epithelial cells (that is, the cells that line the lungs) in two types of people: 14 people who never smoked; and 19 smokers.

“These lung cells live for years, even decades, and thus can accumulate mutations both with age and with smoking,” the authors write. “Of all lung cell types, these are among the most cancer-prone.” This experiment finally clearly proved that smoking causes mutations. However, other conclusions of the team were interesting!

This suggests that the most heavy smokers managed to suppress further accumulation of mutations. This may be because these people have systems to repair DNA damage or detoxify cigarette smoke.

“Now we want to develop new tests that can measure a person’s ability to repair DNA or detoxify, which could offer a new way to assess lung cancer risk,” the authors said. 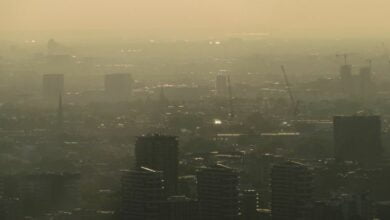