(ORDO NEWS) — What comes to your mind when you think of a witch? For most people, the first image that comes to mind is a witch flying through the night sky on a broomstick. Have you ever wondered why throughout history witches have been depicted riding a broomstick?

There is a great reason for this. At that time, the use of strong hallucinogens was very popular, and this is closely related to the reason why witches were depicted flying on broomsticks.

At a time when witch-hunts were gaining popularity in Europe, people ate a large amount of bread. At that time, bread was made mainly from rye, which was often infected with a disease known as ergot, caused by the fungus Claviceps purpurea. As a result, many people unknowingly consumed ergot, considering it to be part of the plant.

Ergot has hallucinogenic properties, causing those who use it to experience sensations similar to LSD.

Not surprisingly, many people liked this effect and began to experiment with it, as well as with other plants that gave similar results.

These included turmeric, mandrake, deadly nightshade, and wild rosemary. Johannes Weyer, a Dutch physician and occultist, in his work Praestigiis Daemonum in 1563, named all these plants as ingredients of the “flying ointment” of witches.

But where is the witch’s broom?

However, these hallucinogens also had unpleasant side effects. When ingested, they caused rashes, nausea, vomiting, and even death.

But some resourceful people quickly figured out that besides ingestion, there are other ways to consume witch brew that avoid these side effects. It was the absorption of the drug through the skin.

The best way to do this is through the delicate mucous membrane under the armpits or, for women, through the genitals.

“But the vulgar believe, and the witches admit, that on certain days or nights they anoint a staff and ride it to a designated place, or anoint themselves under the armpits and in other hairy places,” explained the 15th-century theologian Jordanes de Bergamo.

The 16th century physician Andrés de Laguna also studied these drugs. One day he took one of these potions from the home of a woman accused of witchcraft and tested it on another woman.

According to de Laguna, the woman then “sank into such a deep sleep that I thought I would never be able to wake her.” Fortunately, after 36 hours he succeeded. 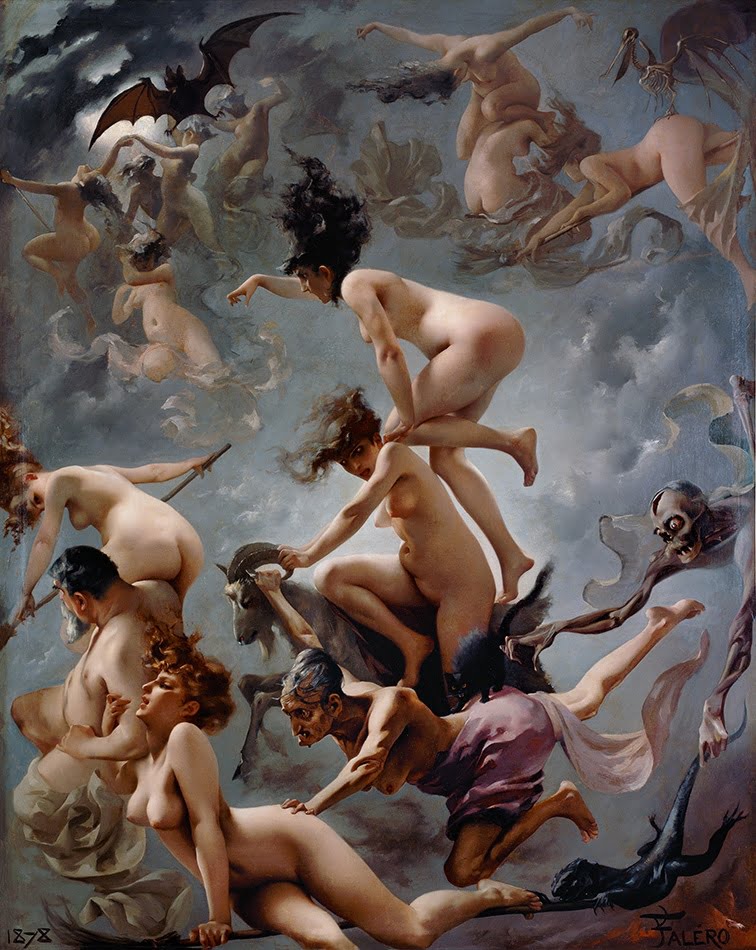 The woman was incredibly upset that she was woken up.

“Why did you wake me up, villain, at such an inopportune moment? Why was I surrounded by all the delights of the world,” she said.

This led Laguna to the following conclusion:

“From all this it can be concluded that everything that these unfortunate witches do and say is caused by potions and ointments, which have so corrupted their memory and imagination that they create their own misfortunes, for they firmly believe, when they wake up, in all that what they dreamed about.”

For any woman who wanted to use these drugs, there was an obvious and convenient way to apply ointments. Take a stick from a broom, dip it in a potion, and then ride it.

According to the stories, when the drugs started working quickly, broom riding became even more fun. This theory is supported by a quote from the investigation of 1324 in the case of the accused witch Alice Kyteler:

“During a search in the girl’s closet, they found a tube with ointment, with which she smeared the staff on which she rode.” 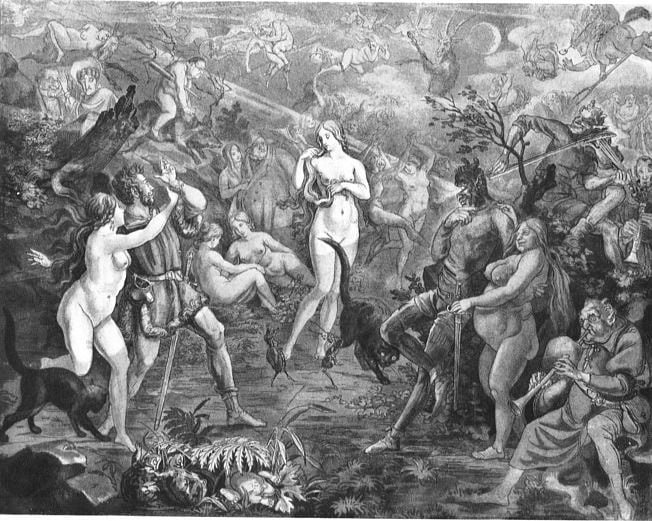 According to Johann Weyer, when this flying ointment was applied to the genitals, there was a “feeling that you are rising into the air and flying.” Since the witches were under the influence of the devil, most people came to the conclusion that the witches flew on broomsticks to gather for the sabbath for devil worship.

In support of this idea, we can cite the more recent work of the German writer and photographer Gustav Schenk.

“I experienced the heady feeling of flying,” Schenk wrote in 1966 of his experience with henban.

“I floated where my hallucinations… swept by.”

Given these data, it is not at all surprising that witches were portrayed in this way. 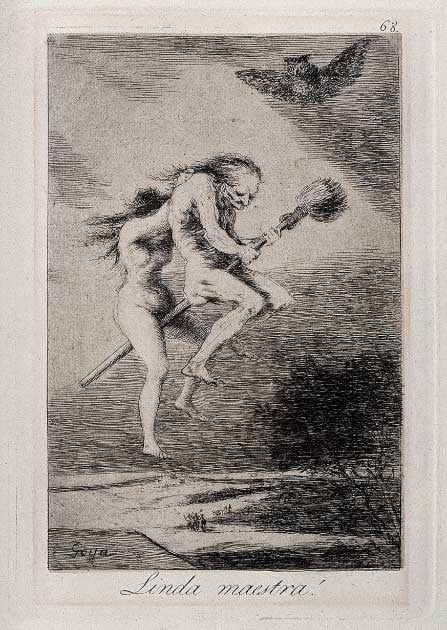 Succumbing to everyone’s fears, the witches soon admitted to flying on broomsticks under rather dubious circumstances.

In 1453, Guillaume Edelin was the first to confess, albeit under torture, to the practice of broom flying, and also to having seen his “aged mother sit on a broom, fly up the chimney and fly out of the house.”

Aedelin was a priest who publicly criticized the church’s warnings about witchcraft. Soon after, he was arrested and tried for witchcraft.

According to Dean Miller, writing in Witches and Witchcraft, a female witch known as Antoine Rose, the Witch of Savoy, confessed under torture that “the devil called Robinet was a dark man who spoke in a hoarse voice.” 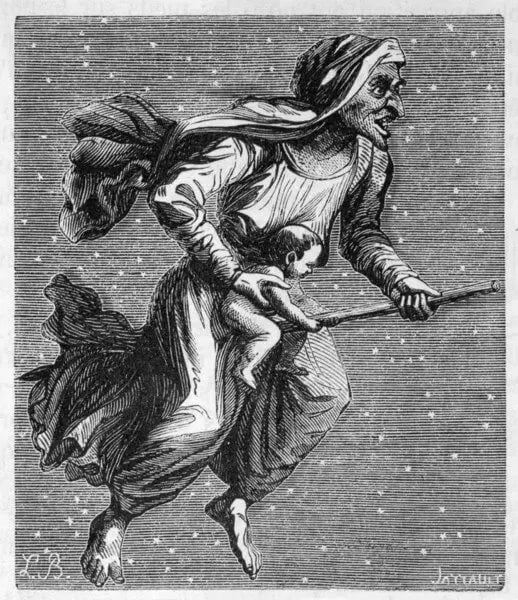 Kissing Robinet’s leg as a token of respect, she renounced God and the Christian faith. He put his mark on her on the little finger of his left hand and gave her a stick 45 centimeters long and a pot of ointment. She smeared a stick with ointment, put it between her legs and said: “Forward, in the name of the devil, forward!”

While these confessions would seem to support the theory that the women applied this flying ointment with a broom, the people who confessed did so under incredibly brutal conditions.

The interrogation and torture of those who were suspected of witchcraft were incredibly brutal. In addition, the writings of physicians and theologians such as Weyer, de Bergamo, and de Laguna were incredibly biased, with preconceived notions of what a witch looks like. 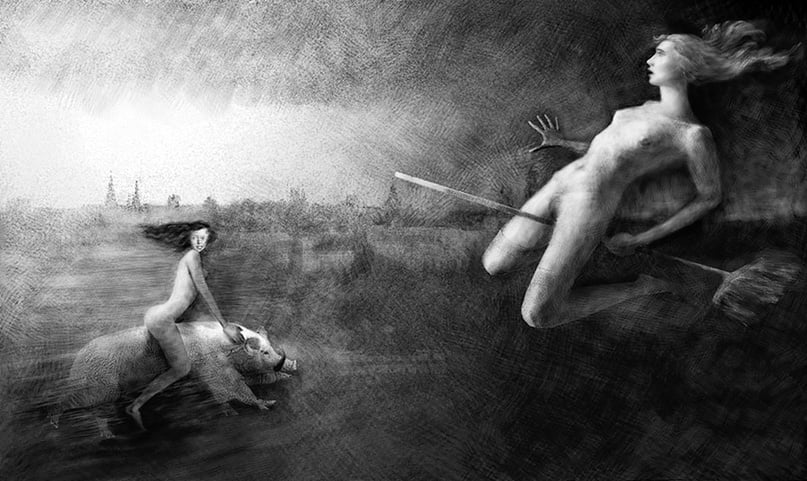 All this makes it difficult to determine exactly how widespread this practice was. However, it is from these stories that the image of a witch flying on a broom arose, and why it persists to this day. 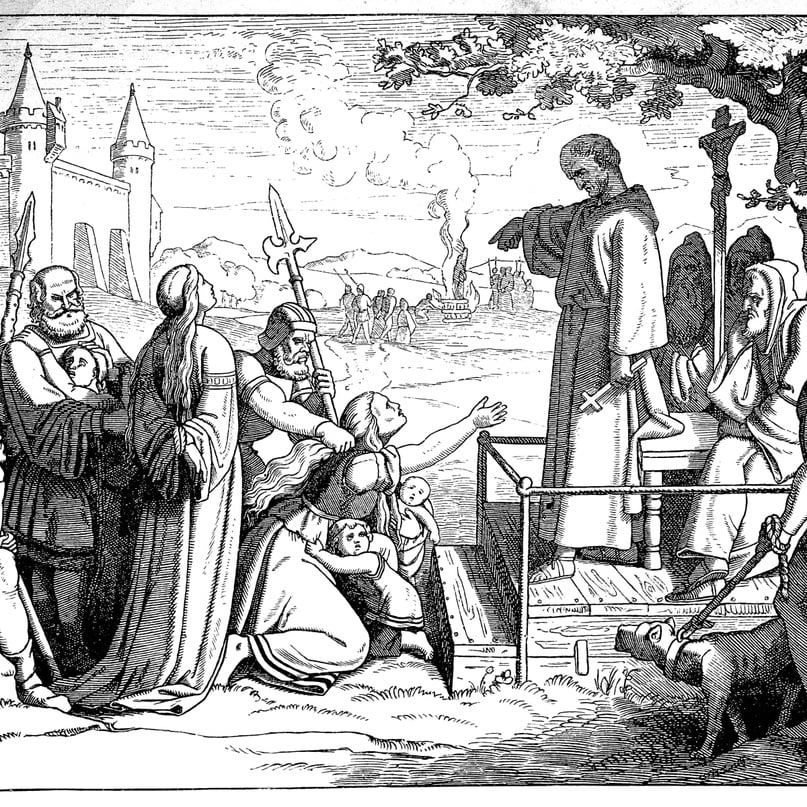 Whether this myth is the result of reality or the creative paranoid thinking of the religious public is unknown.