(ORDO NEWS) — Absolutely every sighted person has seen the Moon with its bright highlands and dark seas. For thousands of years, this picture has remained unchanged. But how is it that we only see one side of the moon?

If you could look at the Moon orbiting the Earth from a bird’s eye view (from above), then you would see that the Moon rotates once on its axis every 27.3 Earth days, which is the same amount of time it takes for an Earth satellite to make a complete revolution around our planet.

As a result, we always observe the same lunar hemisphere. Remarkably, you can see a little more than half of the Moon’s surface, and this is due to a slight effect of a natural wobble known as lunar libration .

If the Moon rotated faster or slower than once per orbital passage, then we would see its entire surface (one side would cyclically replace the other). 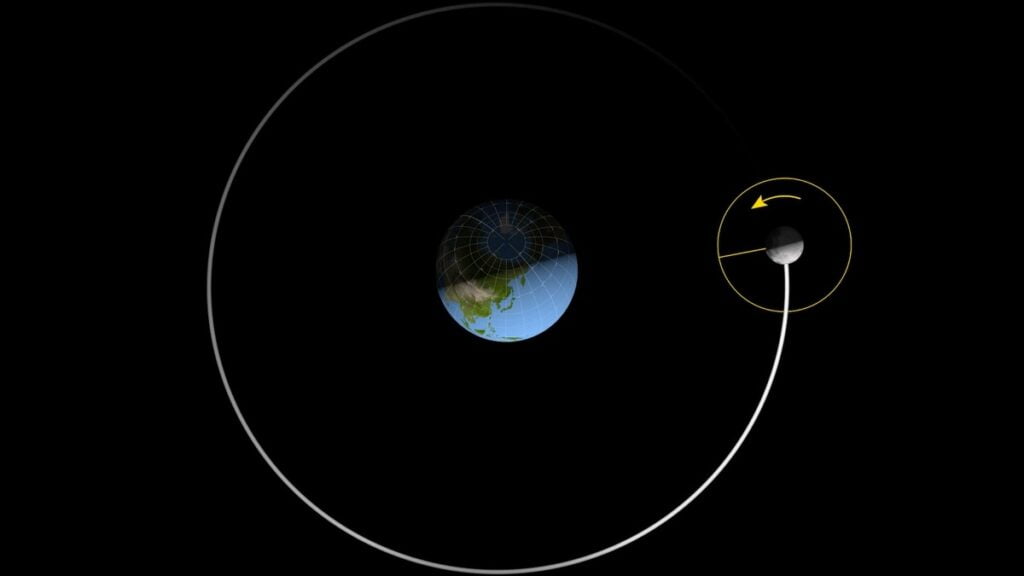 However, we observe only one side, and in “astronomical language” it is customary to say that the Moon is “tidally locked” to the Earth. Sometimes this feature is called “synchronous rotation”, which means the same thing.

Why is the Moon tidally locked to the Earth?

The moon formed about 4.5 billion years ago and originally rotated much faster than it does today. Earth’s gravity causes our moon to have a rocky tidal bulge, which gives the Moon its egg shape. The reason it seems like a perfect sphere is because the pointed end is facing our planet.

In the early history of the rapid rotation of the Moon, this bulge constantly changed its position, moving along the surface of the satellite in much the same way as the water of the Earth’s seas and oceans during high tides.

This “wandering” bulge acted as an effective brake, constantly slowing down our satellite’s rotational speed until equilibrium was reached with its orbital period. At that moment, the hemisphere facing the Earth was fixed in place.