(ORDO NEWS) — A person’s words are often at odds with deeds. For example, each of us at least once in his life imagined himself as a president or commander-in-chief, believing that in their place he could restore order better than anyone else.

However, experiments show that when a decision is made that has real consequences, people do not act at all as expected, or even prefer not to act at all.

It’s one thing to talk, it’s another to make real decisions. The reasons for this behavior are actively studied by psychologists, and the “ trolley problem ” helps to reveal the discrepancy best of all , which a person first solves during a thought experiment, and then tries to follow the decision in real life. In its classic form, the trolley problem sounds like this:

A heavy uncontrolled trolley rushes along the rails. On its way there are five people tied to the rails.

Fortunately, you can switch the arrow – and then the trolley will go along a different, siding track. Unfortunately, there is one person on the siding, also tied to the rails. What are your actions?

In one of the curious experiments illustrating the thesis about the discrepancy between words and actions, three psychologists from the University of Ghent used electric shocks instead of a trolley, and mice instead of people tied to rails.

The participants of the experiment first filled out questionnaires in which they indicated how they would resolve this ethical dilemma, and then one by one entered the laboratory, where an “arrow”, a timer, a current source and two cages with mice were included in the electrical circuit, in one – one , in the second – five animals.

The timer was set to 20 seconds; after this time, a non-lethal but very painful shock was to be struck in a cage with five mice. by pressing a button, the participants in the experiment could direct the current to a cage with a single mouse. In fact, the mice were not shocked at all, but the test subjects only found out about this after the timer went off.

There were more than two hundred participants in the experiment, the scientists tried to make the selection as correct as possible: both men and women, of different ages, origins, with different levels of education, participated.

The scientists speculated that the subjects might mistake their experiment for a variation of the Milgram experiment (the one in which white-coated men had the participants in the experiment shock other people by measuring their propensity to obey orders), so before starting, they explained to everyone that it was not about obeying and any decision can be made.

Most of all, scientists were struck by the huge discrepancy between the answers of the questionnaires and the real actions of people.

When filling out questionnaires, people almost always leaned towards the “do less harm” option, but in the laboratory, almost half of those who decided on paper to intervene and redirect the “cart” preferred to do nothing.

This indicates that there is a big difference between real-life decision-making and reasoning, the scientists write, and this should be taken into account by everyone who is interested in ethical issues.

Perhaps, the authors of the study note, the point was that in the experiment the fate of not people was decided, but mice, which, for obvious reasons, cause less sympathy; however, according to other studies, there is still some parallelism between the attitude towards animals and other people,

Previously, several groups of scientists (links are given in the work of the Belgians) tried to bring the “trolley problem” closer to reality using VR visualization, and in these experiments there was also some discrepancy with the results of a pure thought experiment. 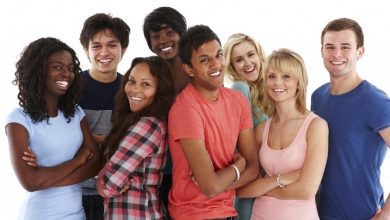 Why are all people different, geneticists explained