(ORDO NEWS) — Unfortunately, we have never reached the Earth’s core , but we know a lot about its structure, since we have a wonderful science called seismology. In addition, we gained some important knowledge from subsurface nuclear tests, which were commonplace during the Cold War.

Today we can say with certainty that the core of the Earth is molten. In addition, based on our knowledge of the abundance of chemical elements in the universe and what happens to them under certain conditions, we know that the core consists mostly of iron, which is under gigantic pressure.

Why, then, did the core of the Earth not melt the planet and its inhabitants?

First, the core is surrounded by a mantle whose temperature ranges from 900 to 4000 degrees. Secondly, the crust on which we live is a multi-layer structure floating on the surface of this very mantle, providing us with quite reliable protection.

But the biggest reason we haven’t been melted down is the difference between heat and temperature. Simply put, heat is energy, and temperature is the amount of energy contained in a certain volume. 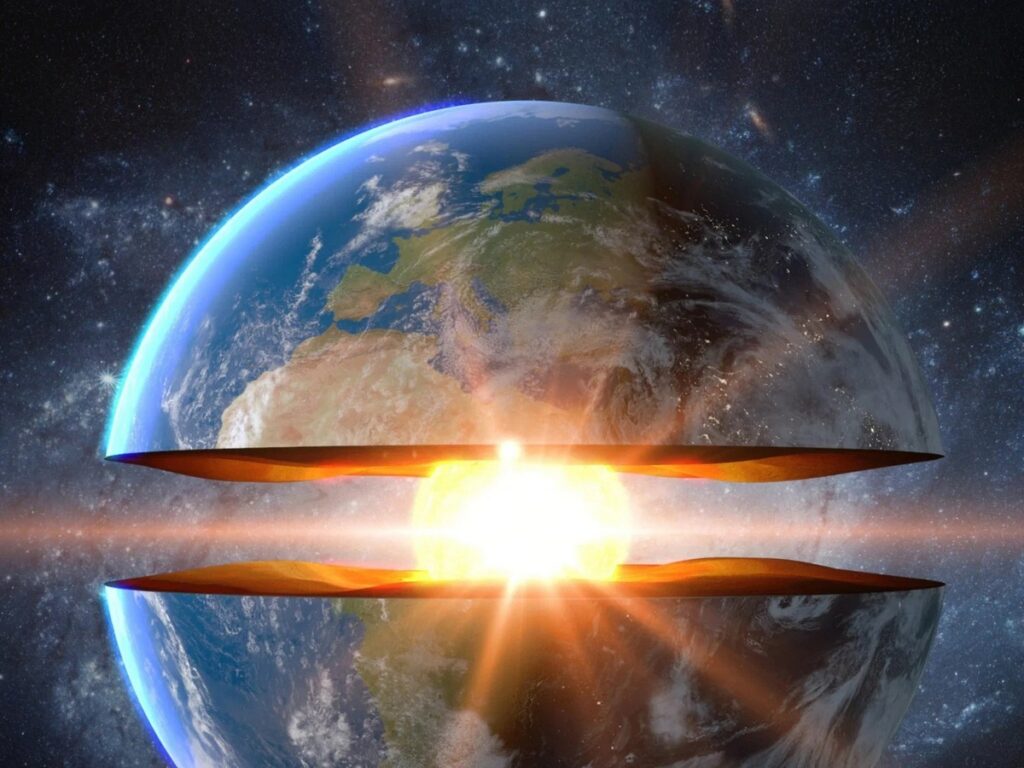 For example, a spark from a sparkler can be 1500 degrees, but if it accidentally hits you, you most likely won’t even feel it. On the other hand, immersion in a bath of boiling water (only 100 degrees) will have fatal consequences. This is because a bath contains more heat energy than a tiny spark.

To melt the entire planet, it would take much more energy than the heat in the core. The giant Sun, of course, could do this without difficulty, but we are lucky that it is at a distance of about 149.6 million kilometers from us.