(ORDO NEWS) — Each of you has heard that a black hole is a massive object, invisible in the optical range, which constantly “devours” the surrounding matter.

Thanks to a consistently good “appetite”, the black hole gradually gains mass, increases in size and one day becomes supermassive.

If the mass and size of a black hole increase, then its gravitational parameters also increase, which means, following the logic, the oldest black holes that formed shortly after the Big Bang should already be something like hyper-holes that absorb entire galaxy clusters.

Where are the hyper-holes and why didn’t they “gobble up” the Universe?

Logic is logic, but sometimes it does not work when we are dealing with the Universe and quantum physics.

The answer to the question, which is in the title of the article, was tried to be given by the American physicist Leonard Susskind , who is one of the creators of string theory.

Susskind combined string theory with quantum mechanics and came to the conclusion that a black hole, gaining mass, does not grow in breadth (like people), but inward.

It is hard for us, living in a three-dimensional world, to imagine, and we have never been in a black hole, so we cannot observe how its structure becomes more complicated as it gains mass.

A voracious black hole, having cleared the space around itself (by absorbing most of the nearby matter), becomes dormant and does not go in search of new “food”.

Roughly speaking, the surrounding matter is a limited supply of food for the entire lifetime of a black hole ( according to Stephen Hawking’s theory , black holes evaporate over time). Most likely, this is the reason why black holes have different sizes. 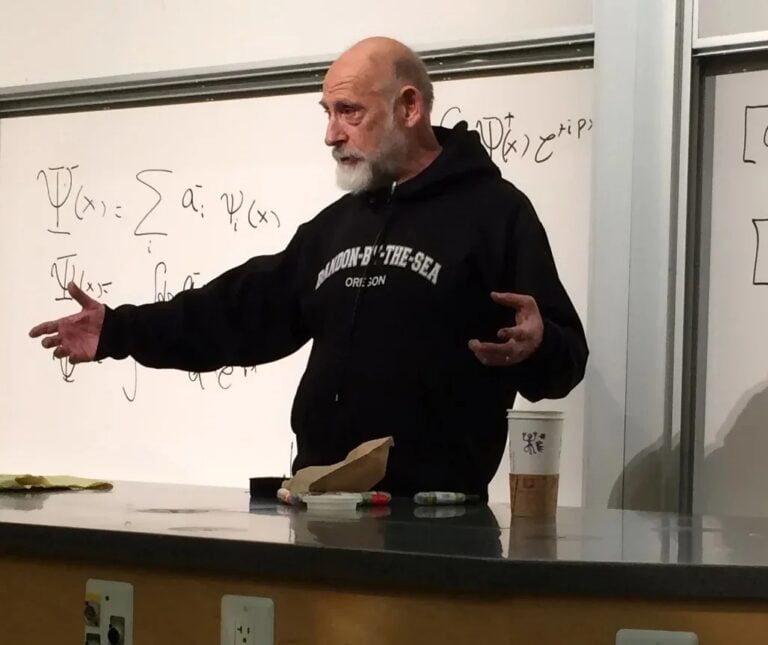 How to understand all this?

Susskind thinks the easiest way to imagine a black hole is to compare it to a folder on a computer desktop.

Whatever files are moved to the folder, it will remain a folder and will not even take up more space on the screen. But! Its internal structure will change, taking up more and more memory on your hard drive.

Of course, a black hole is not a folder on a computer at all, and in order to understand the structure of these mysterious objects, we need to develop science and consider even the craziest hypotheses.

Physicists have discovered an incredible state of matter : How colored glass condensate works

Physicists have discovered an incredible state of matter : How colored glass condensate works