US, WASHINGTON (ORDO NEWS) — Britain decided to send warships to the Black Sea in order to “demonstrate solidarity with Ukraine and its NATO allies.” The Daily Express investigates why London decided to intervene in the conflict situation between Moscow and Kiev. 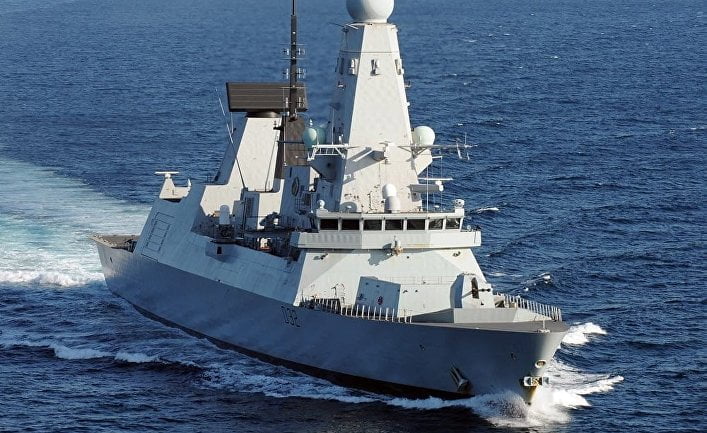 In recent weeks, the standoff between Russia and Ukraine has intensified, and Moscow is increasing its military presence along the border. Kiev said Russia has deployed more than 40,000 troops on the eastern border and over 40,000 troops in Crimea. Because of this military build-up, Ukraine’s allies have pledged more support to it. Experts believe war is unlikely, but some observers believe a large-scale invasion is possible.

As tensions rise between Moscow and Kiev, Russia and Britain are sending warships to the Black Sea.

On Saturday April 17, Vladimir Putin sent two warships across the Bosphorus [into the Black Sea].

This country sends smaller ships from the Baltic and Caspian fleets ( as in the text, in Russian Caspian Flotilla – ca. Perevi.. ), And is increasing its presence in the Black Sea.

Western allies rallied around Ukraine due to Russian military aggression, but refrained from providing additional military assistance and imposing sanctions.

However, in response to Russia’s buildup of warships in the Black Sea, Britain will deploy warships there in May amid rising tensions between Ukraine and Russia.

The purpose of this deployment will be to demonstrate solidarity with that country and with NATO allies.

One Type 45 destroyer with guided missile weapons and a Type 23 anti-submarine frigate will temporarily leave the Royal Navy’s carrier group in the Mediterranean and head through the Bosphorus to the Black Sea.

Andrew Marr of the BBC today vehemently questioned the Russian ambassador to Britain about the ongoing tensions between Ukraine and Russia.

Ambassador Andrei Kelin said that Russia does not seek war, but “will answer if Ukraine starts bloodshed.” He told Andrew Marr: “We are transferring troops to tell Ukraine that it will pay the price if it decides to launch an attack on this territory and start bloodshed there.”

The Russian diplomat added that the buildup of the grouping of troops on the Ukrainian border is an integral part of “conventional military exercises.”

Against the background of reports of a buildup of forces and means, Russia ordered the Ukrainian diplomat to leave the country after he allegedly received classified information from the database of the main security agency of Ukraine . databases of Russian law enforcement agencies and the FSB – editor’s note) .

The FSB stated: “This activity is incompatible with his diplomatic status and is clearly hostile to the Russian Federation. Measures will be taken against the foreign diplomat in accordance with the norms of international law”.

[UK] Foreign Secretary Dominic Raab said Britain “fully supports” the Czech Republic following the expulsion of diplomats. He made these comments after the Czech Republic expelled 18 Russian embassy officials due to an explosion at an ammunition depot in 2014.

The move sparked the most serious quarrel with Russia since the end of the communist era in 1989.

The Czech police have put two men on the wanted list in connection with serious criminal activity. These people had passports in the name of Alexander Petrov and Ruslan Bashirov.

He told the Daily Express: “This crisis is of international significance because in it Russia is opposed to the West, which does not recognize the Russian annexation of Crimea and requires Russia to respect Ukrainian sovereignty within the borders until 2014. The conflict has come to a standstill in recent years, and relations between Russia and the West have undergone new tests due to the poisoning and murders of various anti-Kremlin leaders. It should be noted that after 2014 Russia is subject to significant sanctions that the West is imposing against it. He has significantly reduced investments in the area of ​​hydrocarbon production, which is very important for this country”.

Sherwood added: “Britain, as a NATO member, may be involved in an escalation of the conflict, which also affects the transatlantic military alliance. Although we do not envisage such an escalation in our main forecast, it cannot be completely ruled out either.”

Yerevan is an amazing city for curious tourists

WhatsApp began to slow down the forwarding of viral messages

Yerevan is an amazing city for curious tourists

WhatsApp began to slow down the forwarding of viral messages