(ORDO NEWS) — The history of the Ancient World is replete with evidence of the existence of ancient highly developed civilizations. Archaeologists managed to discover many unique artifacts that allowed them to discover most of the secrets of ancient peoples and cultures that lived on Earth many millennia ago. Unfortunately, merciless time indifferently erases the answers to some questions of scientists. But persistent researchers often find answers where they never expected to find them … Maya cities were magnificent examples of architectural excellence. Perhaps the most advanced pre-Columbian civilization in the New World is the Maya. In the impenetrable jungles of southern Mexico and Central America, they built large stone cities with intricate plazas, beautiful palaces, grand pyramid temples and even ball courts. This highly developed civilization is known for its ancient hieroglyphic writing, as well as its calendaring skills, deep knowledge of mathematics, astronomy and architecture. The Maya reached their peak of influence during the so-called classical period, from about 250 to 900 AD. One of the greatest mysteries in history is why, during such a period of prosperity, the population suddenly overthrew their rulers, left the cities and eventually ceased to exist. 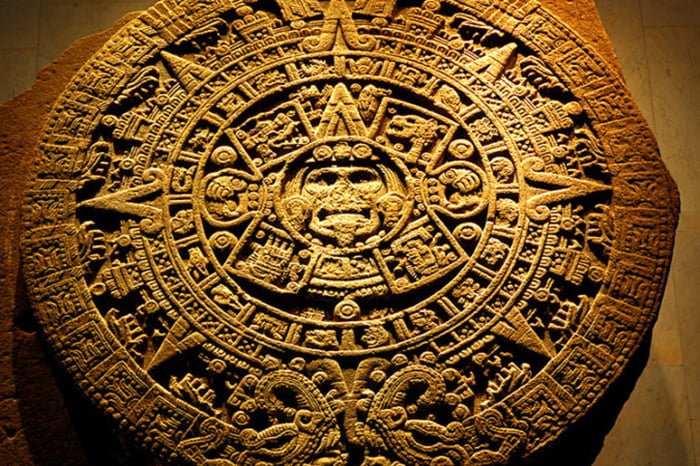 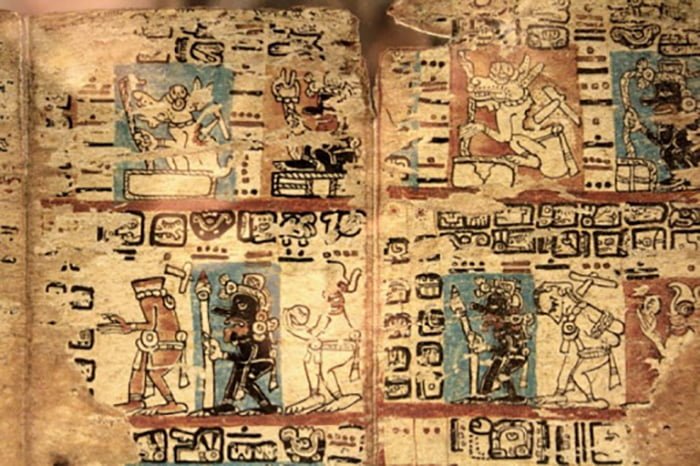 Writing of the ancient Maya. Dozens of theories have been put forward to explain what happened. Some historians, for example, point to severe drought, exacerbated by deforestation and soil erosion, as a trigger for the collapse of society. Other experts blame the epidemic of diseases that the conquerors brought with them, and the locals did not have immunity. All this was superimposed on the uprising of the peasants against the corrupt ruling class, constant wars between various city-states, breaking up trade routes, changing their combination. The Maya scattered but did not disappear. Millions of their Mayan-speaking descendants continue to inhabit the region to this day. 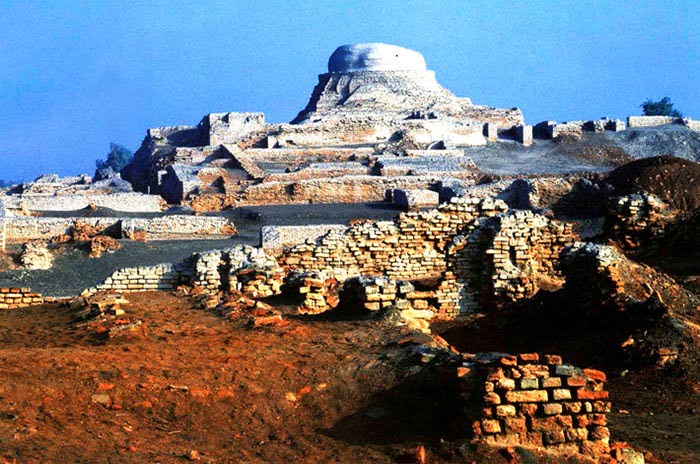 The ancient city of Mohenjo-Daro. Indus began to build settlements in modern India and Pakistan 8000 years ago, which made them one of the earliest civilizations. By the third millennium BC, they occupied an incredibly vast territory, far exceeding the area of ​​their more famous contemporaries from Egypt and Mesopotamia.

The population of the Indus at that time was a very impressive figure of ten percent of the population of the entire globe. These people also developed their own written script, which has yet to be deciphered, and in their cities there were extremely advanced sanitary systems, which were unmatched until Roman times. The incredible structures of this advanced ancient civilization are simply amazing. However, around 1900 BC, the Indus, also known as the Indus Valley or the Harappa civilization, began to degrade steadily. The population left the cities and allegedly migrated to the southeast.

Initially, scholars believed that the Aryan invasion from the north led to the collapse of the Indus, but this theory is no longer in vogue. Instead, recent research shows that the monsoon cycle virtually stopped for two centuries, wiping out agriculture in this ancient state. Other common factors such as earthquakes, malaria or cholera outbreaks may have played a role as well. 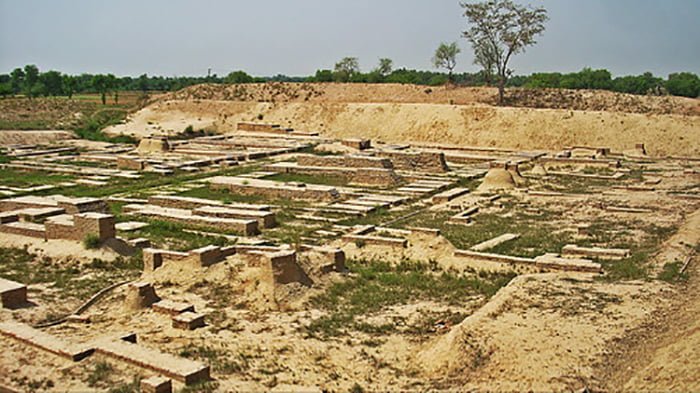 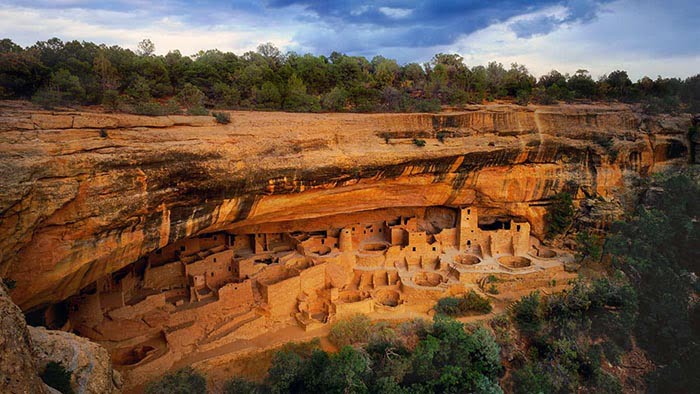 This impressive structure in the modern Mesa Verde National Park was built by the ancestors of the Puebloans. In the arid Four Corners region of what is now the United States in the 12th and 13th centuries, the Anasazi built impressive stone dwellings on the slopes of the cliffs. In some of them, the number of rooms reached hundreds. In addition, no other building in the United States was taller until the first skyscrapers were built in the 1880s. However, the dwellings in the rocks did not remain occupied for long, and the end of civilization, apparently, was not pleasant.

Researchers have found signs of mass murder and cannibalism in abandoned cities. In addition, there was massive deforestation and huge problems with water resources management due to the devastating long-term drought. All this, according to many scientists, provoked and accelerated the moral decline of society and brutal violence. Religious and political upheavals, such as Europe faced after the Protestant Reformation, may have exacerbated the chaos. Ultimately, all this forced the Anasazi to leave their homeland by 1300 AD and flee south. Their modern descendants include the Hopi and Zuni peoples, some of whom consider the term Anasazi not entirely correct, preferring instead to say “ancestors (or ancient) Puebloans”. The developed society degraded and the end was not pleasant. 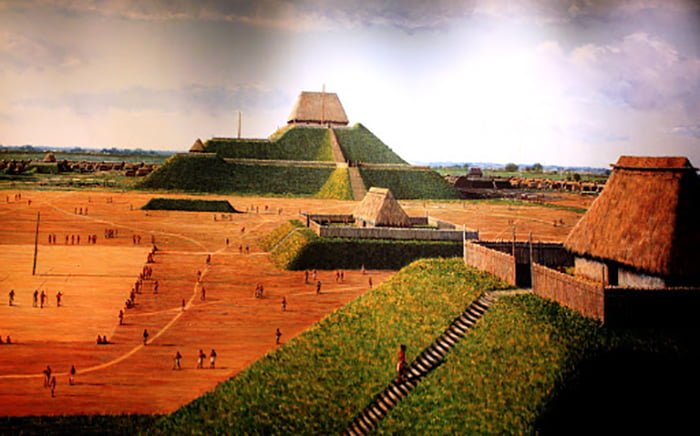 Once a thriving Cahokia. With the spread of Mexican maize cultivation about 1,200 years ago, indigenous settlements began to emerge in the fertile river valleys of the American Southeast and Midwest. By far the largest of these was Cahokia, located a few kilometers from present-day St. Louis, Missouri. At the height of the development of this society, there were up to 20,000 inhabitants (about the same as in London at the time). It was the first city in the United States to be surrounded by a tall wooden palisade. It had many areas and at least one hundred and twenty earthen hills. The largest of these, known as the Monks, was over thirty meters high and was built from fourteen million baskets of earth.

The settlement had a ring of red cedar pillars called “Woodhenge”. It probably served as a kind of solar calendar. The city was a natural trade center due to its location near the confluence of the Mississippi, Illinois and Missouri rivers. It appears to have flourished in the 10th and 11th centuries. But around AD 1200, it began to decline. This happened at a time when a devastating flood occurred in the region. By the time Columbus was in existence, the city had long been deserted. In addition to flooding, researchers have pointed to overexploitation of natural resources, political and social unrest, disease and the so-called Little Ice Age as possible reasons for the fall of Cahokia. 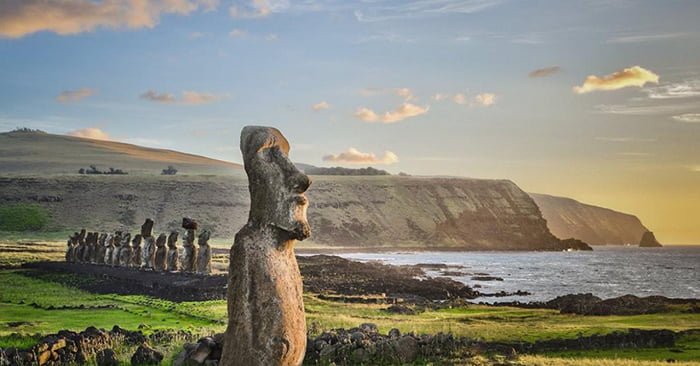 Moai statues on Easter Island. Taking a canoe trip somewhere between 300 and 1200 AD, the Polynesians somehow found and settled Easter Island. This island is one of the most remote places in the world, located about four thousand kilometers west of Chile. Even more remarkable, despite the lack of a wheel for these peoples or beasts of burden, not to mention cranes, they managed to erect hundreds of giant stone statues called moai. The largest of them was ten meters high and weighed a whopping eighty-two tons. There is also a more imposing moai nicknamed “El Gigante”, which is almost twenty-two meters high and weighs over one hundred and forty-five tons! Apparently, this statue turned out to be too impressive even for its creators, because it was not destined to get out of the quarry.

By analyzing fragments of charcoal and pollen in sediment cores, scientists have since found that Easter Island residents cut down almost everything, down to the last tree. In addition, the incredibly prolific rats ate tree seeds before they could germinate again. This ecological disaster has deprived the population of the ability to manufacture cable cars or sea canoes. They began to burn grass for fuel, after a period of mass famine ensued, provoking a civil war. The arrival of Europeans only made the situation worse. The first arrivals to Easter Island, starting in 1722, immediately shot several of the islanders. By the 1870s, there were several waves of smallpox, and the transformation of the island’s aborigines into slaves, led to a decrease in the number of local residents to about a hundred people. Greenland is a harsh but endlessly beautiful land. According to ancient Icelandic sagas, Erik the Red led a fleet of twenty-five ships. They hit the road to colonize Greenland in about AD 985. This happened shortly after Eric was expelled from Iceland for manslaughter. The daredevils founded two colonies – the larger Eastern settlement and the smaller Western settlement. These Vikings grazed goats, sheep and cattle, built stone churches that can still be seen today, and hunted caribou and seals. Thriving, or at least surviving for hundreds of years, their population has grown to about five thousand. However, when a missionary expedition arrived there in 1721 to convert the Vikings to Protestantism, they found nothing but ruins. 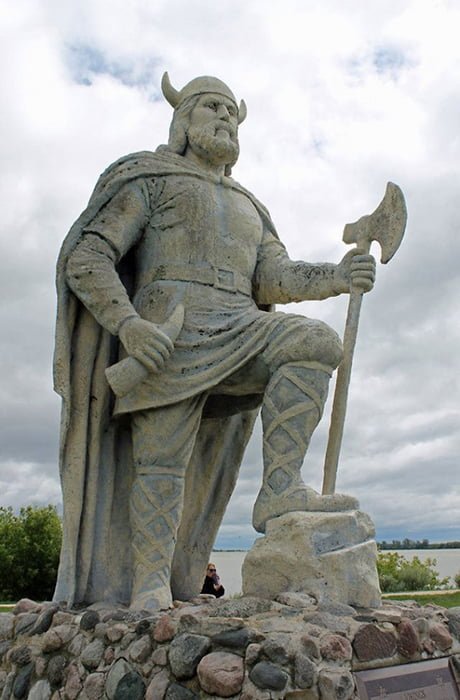 A statue of Leif Eriksson at the Qassiarsuk settlement, home of Erik the Red, in Greenland.

Since then, archaeologists have figured out that the Western settlement was abandoned around 1400 AD, and the Eastern one several decades later. The onset of the Little Ice Age in the 14th century almost certainly contributed to this, as it blocked the local route to Greenland. Sea ice has contributed to shorter growing seasons in already highly marginal lands. To make matters worse, the market for the main export product of the Greenland Vikings collapsed: walrus bone. However, no one knows for certain what exactly was the last fatal blow. 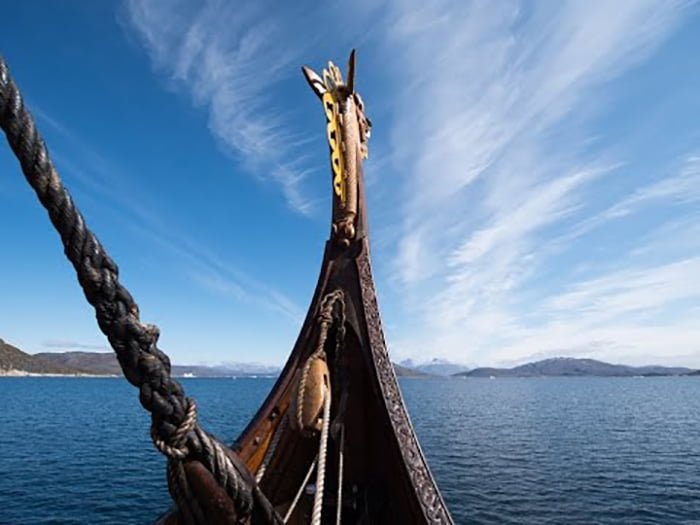 Perhaps the Vikings simply left these places. Some experts believe that the Vikings simply packed up and returned to Iceland or Scandinavia. Others think that the settlers died of starvation, the Black Plague, or were exterminated by the Inuit who arrived in Greenland from Canada around 1200. The Vikings were far from alone in their defeat. At least three other societies also perished in Greenland, including Dorset, which for a short time coexisted on the island with both Vikings and Inuit. The expert warned humanity about the threat of an eternal pandemic

The expert warned humanity about the threat of an eternal pandemic