(ORDO NEWS) — According to simulated data, the number of infected in Latin America will be 438 thousand people, if the authorities do not take harsh preventive measures. Today, it is America that is the global epicenter of the pandemic.

The forecast was presented on Tuesday by Carissa Etienne, Regional Director of the World Health Organization for the Americas. If nothing changes in terms of quarantine measures, the death toll will be 637 thousand. Now it is 113 844, and this is one fifth of the number of deaths in the world.

The peak of the epidemic in Chile and Colombia is expected in mid-July, in Brazil, Argentina, Peru – in August, and in Costa Rica the peak is generally predicted in October. Regions in which quarantine measures are loosening may become the focus of the disease, Etienne and other heads of WHO regional offices are convinced. Not entirely pleasant statements were made at the next briefing in Washington.

Etienne also noted that there are few new cases in Washington and New York, but there are more than enough in 27 other states. Some Caribbean countries managed to defeat the invisible enemy. They have not reported new infections for a long time. The main thing is to remain vigilant, because the attack can return at any time.

Now Latin American countries need to take all measures to at least maintain the current incidence rate. There is no question of easing quarantine measures, since then all the key indicators for Covid-19 will rise sharply.

At the beginning of July, there are more than 10.5 million cases in the world, of which more than 516 thousand died. The United States, Brazil, Russia and India are leading in the number of patients.

Wastewater will help prevent the spread of Covid-19

Inside the “Broken” pyramid

Wastewater will help prevent the spread of Covid-19

Inside the “Broken” pyramid 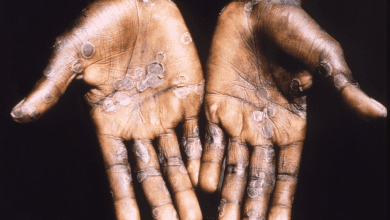