US, WASHINGTON (ORDO NEWS) — The World Health Organization (WHO) has become a politicized structure, the US decision to suspend contributions to WHO has been brewing for a long time. This was stated by US Secretary of State Michael Pompeo in an interview with Fox News, the text of which was distributed on Thursday by the US Foreign Ministry.

Pompeo reproached WHO that the organization unreasonably delayed the decision to declare an outbreak of the pandemic caused by the new coronavirus, and also withheld the real situation in China. “This is politics, not science. We need a scientific organization that, as expected, will be engaged in medicine, epidemiology and healthcare. President [USA Donald Trump] has now announced a pause in funding [WHO],” he replied.

The Secretary of State informed the US administration of its intention to work out further measures to ensure that WHO functions. The main criterion for this, Pompeo called “the protection of America and American taxpayers.”

Pompeo once again called on Beijing to share more complete information on the origin of the disease caused by the new coronavirus in Central China. “We really need the Chinese authorities to show greater openness. They declare a desire to cooperate. One of the best ways to do this is to open up to the world, to allow scientists from other countries to find out how the virus began to spread,” he explained.

On April 14, Trump announced that Washington had suspended contributions to WHO. According to him, the money will not be transferred “until the assessment of the organization’s role in hiding the data on the spread of coronavirus.”

In previous days, the head of the Washington administration criticized the organization’s work several times. On April 7, he wrote on Twitter that the structure is “funded primarily by the United States, but focuses on China.” Trump said that all the measures taken by the organization in the fight against the spread of the new coronavirus were incorrect.

The American president suggested that if he listened to WHO’s recommendations not to stop communication with China, “there would be a catastrophe.”

Trump announces major disaster regime in all 50 US states

Trump announces major disaster regime in all 50 US states 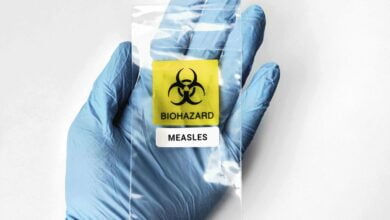