(ORDO NEWS) — Why did an ancient civilization need to build thousands of Nuragha towers in such a small area? It seems implausible that such a large number of small fortresses would be needed for defensive purposes.

An interesting theory was published in 2002 by the Italian journalist Sergio Frau, suggesting that the columns that Plato wrote about could be in the Strait of Sicily. Therefore, according to the author of the version, the island of Sardinia could be the same legendary Atlantis.

Sardinia in the past could indeed survive a strong cataclysm. For example, in that period (after the Flood), when, due to the rise in the level of the World Ocean, the waters of the Atlantic rushed through the so-called Isthmus of Gibraltar, which previously connected Africa with Europe, and the Mediterranean Sea ceased to be an inland lake.

Naturally, this process could be catastrophic, including for Sardinia. But about the location of Atlantis here, I’ll just smile skeptically, because we’ve all heard Atlantis mentioned for literally every geographic region on the planet.

However, we do know of the remains of other impressive ancient civilizations that have at least been confirmed to be real. Let’s focus on this topic – the mysterious Nuraghe towers on the island of Sardinia.

What do we know about the megalithic towers of Nuraghe? 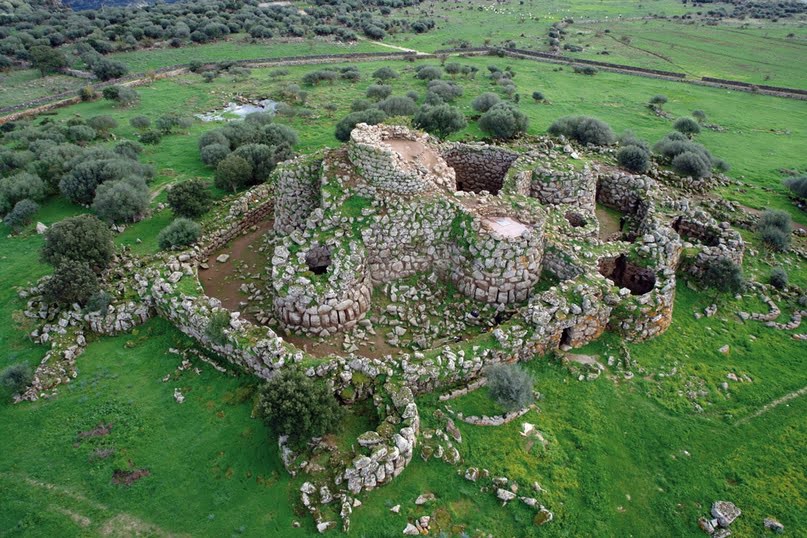 Nuraghe is a fortress-tower, somewhat reminiscent of medieval castles, only smaller. There are some similarities with the famous ancient Maltese temples.

To date, more than 7000 such structures have been found on the island of Sardinia, dating from the time of the existence of the Nuragic civilization or about 3800 years old. According to experts, there could have been more than 10,000 nuraghes in the past.

In the past, historians believed Nuraghe towers were shelters built to withstand enemy attacks, but this theory has now been abandoned.

In fact, there is no consensus on why they were built. In general, of course, there was some grandiose reason for their creation, but be that as it may, one question remains – why are there so many of them?

It is believed that each Nurage tower is built from treated basalt blocks laid without mortar. However, basalt blocks in masonry are rare.

The main material used is volcanic tuff, and the processing is very rough, which should be considered normal, given that ancient civilizations did not have advanced tools.

At least that’s what history tells us. In other words, simple fragments were used in the processing of stones, and then they were collected piece by piece.

Although the buildings around the towers are most often declared to have a “sacred” purpose, they are much more like a pile of outbuildings with a rather chaotic choice of form for specific rooms.

It is interesting that similar round structures on the neighboring island of Pantelleria are still used as a structure to protect orange trees from strong winds – that is, they have not a sacred, but a purely utilitarian purpose. 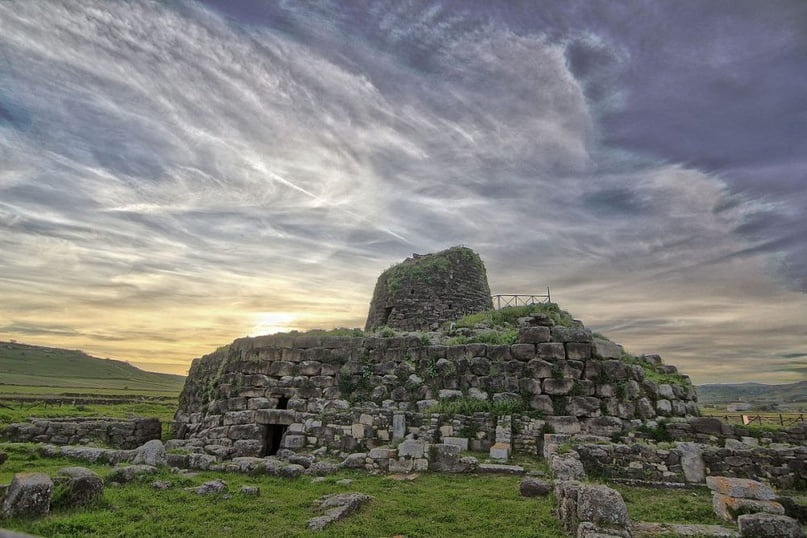 A version popular in the archaeological community suggests that the Nurage towers were expanded at a later stage with additional towers around the central one.

However, this theory does not correspond to reality – the structure of the ceilings of the internal premises and passages is such that it could be created only with the simultaneous construction of all the towers at once.

Again, the main problem is that it is not clear why the ancients had to work so hard. The place, of course, is strategic – from this towering point the surrounding valleys are clearly visible, and it was quite possible to place a guard post of several dozen people in each of the Nurage towers. However, there is no particular point in creating such a structure, and certainly not in such a large number.

Moreover, Nuraghe towers are known only in Sardinia. Neither on the Italian mainland nor anywhere else in the surrounding regions have such towers been found.