(ORDO NEWS) — Malden Island is a low, arid and uninhabited atoll in the heart of the Pacific Ocean. Located 2,400 km south of Hawaii and more than 6,400 km from the nearest significant land mass, South America, it is one of the 32 atolls that make up the Republic of Kiribati.

The island itself is tiny, a haven for seabirds on their long journeys across the ocean. Windswept, deserted and abandoned, the island is one of the most isolated places on the planet. This is the last place you would expect to find evidence of a lost civilization. 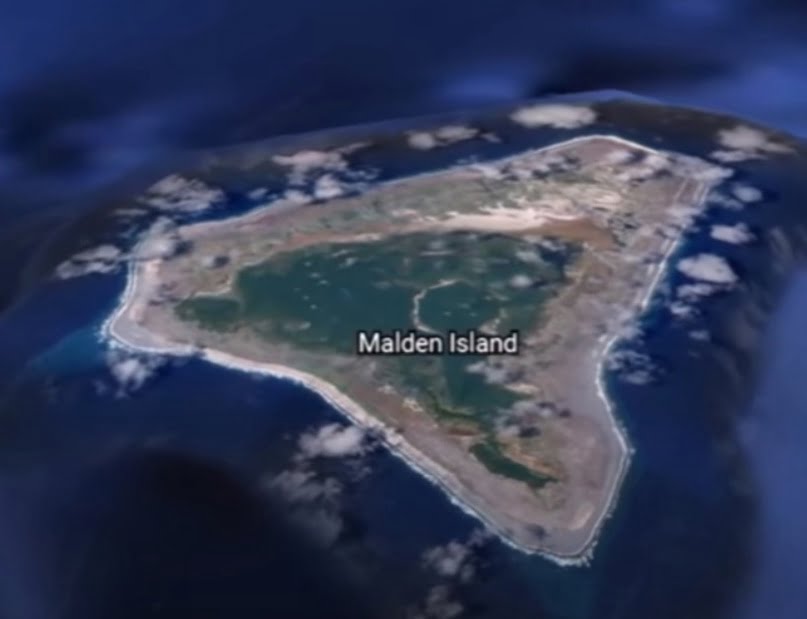 And yet, among the screaming seabirds and tough vegetation, there are ruins here. At some point in its history, Malden Island was inhabited by an unknown people who built stone structures and mysteriously disappeared long ago.

Why did they settle on Malden Island, so far away from the others? Who were these people and where did they go? 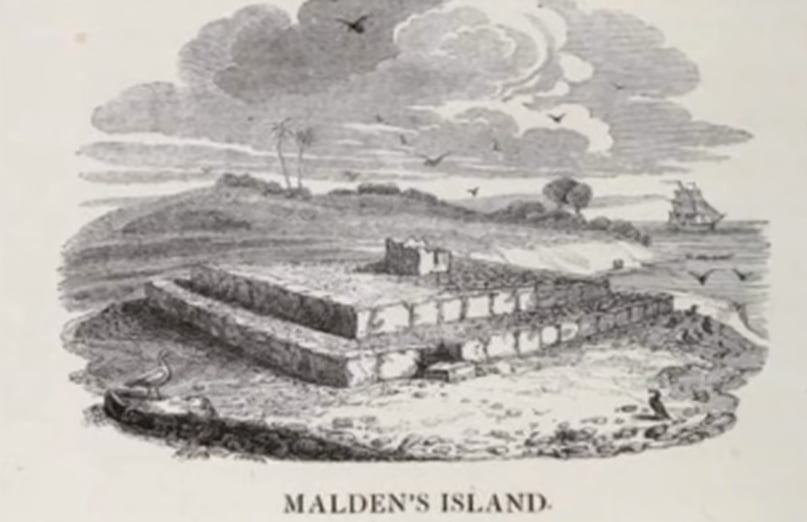 Tiny island in the vast ocean

Malden Island, also called Independence Island in the 19th century, actually has an amazing history for such a small place.

In addition to the mysterious stone structures, the island was once used as a nuclear test site by the British around the 1950s as part of Operation Grapple.

Today, Malden Island and the surrounding waters are protected as a breeding sanctuary for gulls and other seabirds.

Only the surviving buildings show that the island was in ancient times something else, and not just another abandoned atoll. It is these stone structures that are the main mystery of this island, and their purpose and their creators are unknown.

About 40 stone “temples” dot the island. These stone temples bear a resemblance to structures found at Nan Madol in Pohnpei, Micronesia, about 5,500 km away. However, why these people came, crossed the vast expanse of water and chose Malden Island for settlement, will forever remain a mystery.

Historians note that the builders of these structures may have come from somewhere else, for example, revealing a distinct Polynesian resemblance to some of the structures, suggesting a Polynesian influence.

Others note the Melanesian influence, while others also point out clear differences between Malden and all these cultures. 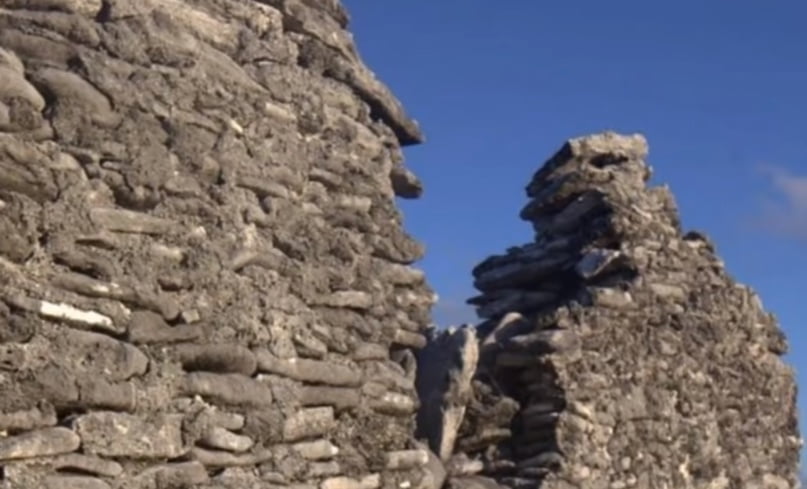 But wherever the settlers came from, they came from afar. Many historians believe that the island may have been a place where Polynesian religious beliefs evolved into a newer version, and therefore we can see mixed influences of these beliefs in the constructions of the buildings.

These stone structures are present on the coastal ridges, mainly on the southern and northern sides of the island. In total, 21 sites have been identified to date, and there are houses and graves near the temples, indicating permanent residence.

Given the lack of much vegetation on the island, it is possible that stone was used simply as the only option, and therefore these buildings survived by chance.

And, in truth, it wouldn’t take many settlers to build all the structures found on the atoll. Current estimates indicate that as few as 100 people may have crossed the ocean in order to build these temples, although it is considered more likely that there were twice as many on the island at its peak.

Settlers who arrived on the island may have used these ceremonial ruins for religious or religious gatherings. On the other hand, Malden Island also has many paved roads that lead to the sea. These roads are now damaged and look like they are going nowhere. 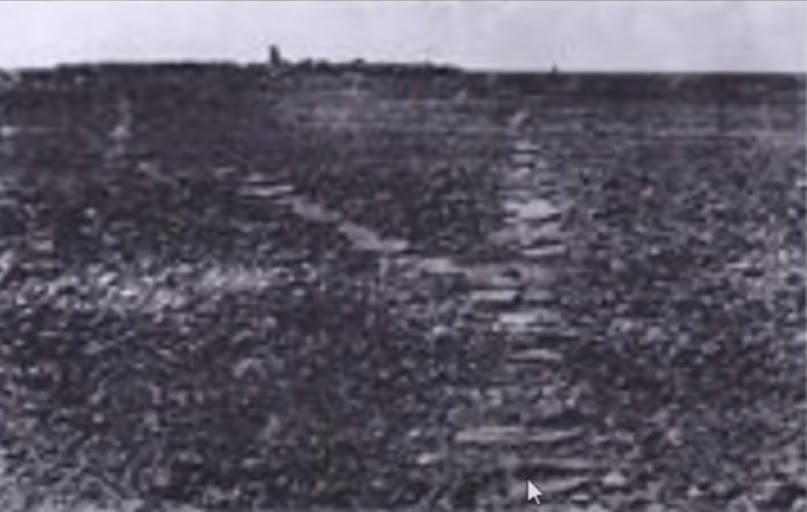 These stones are polished and look different from other stones on the island. How people worked these stones is also unclear, as no stone polishing tools have been found on Malden Island. It seems that we will never know how and by whom these roads and structures were built.

Such stones have been found in other similar structures found on other Pacific islands, and perhaps answers can be found in Polynesian legends.

People believe that the islands in the Pacific Ocean are the last traces of an earlier continent called Mu or Lemuria that sank centuries ago. They also believe that their people crossed the great ocean, led by the gods to the islands, to which they then offered thanks and sacrifices.

Are these temples places of worship for these gods, built in gratitude by the people who, with the help of the “gods”, were able to cross the surface of the water and get to a new place of residence? Had they chosen Malden Island by accident? 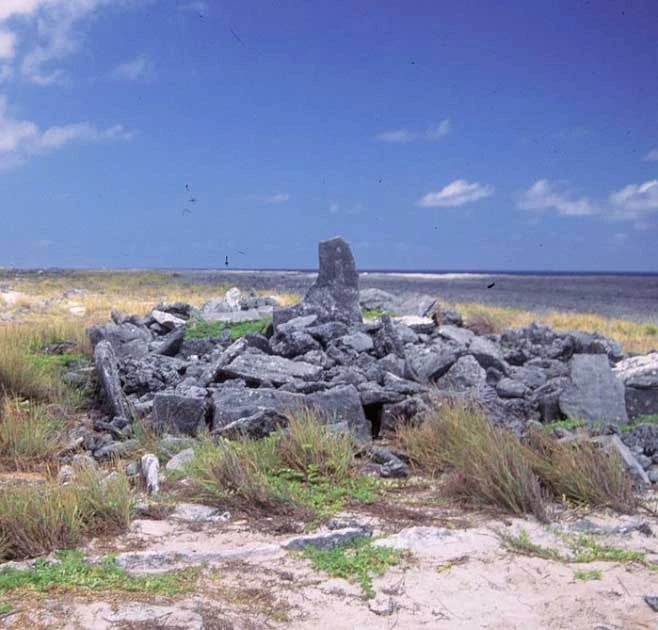 Malden was rediscovered on 13 July 1825 by the captain of HMS Blonde, the 7th Lord Byron, who was leading a mission from Honolulu in Hawaii to London.

On the island, named after the chief navigator, Lieutenant Charles Robert Malden, who first landed on the island and explored it, the ruins were visible and recorded from the very beginning. 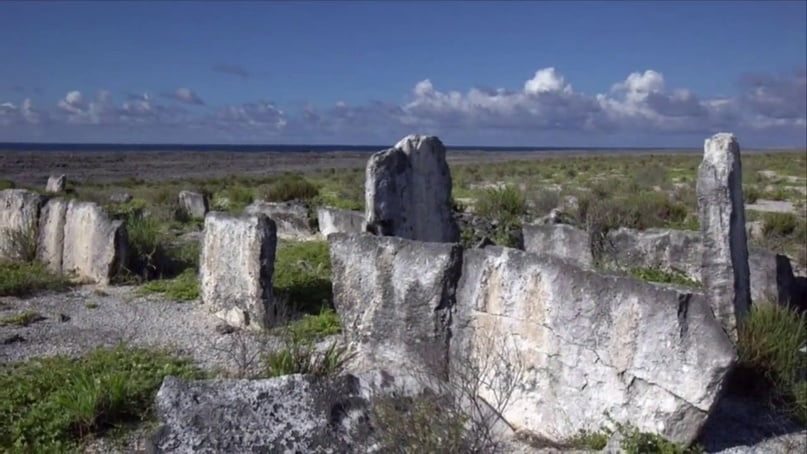 In the absence of any evidence from the population, many bizarre theories arose as to who built them. Some believed that they were made by a maritime offshoot of the Incas, no doubt recognizing in the stone structures a reflection of Andean master masons. Others believed that the temples were built by Chinese explorers or even shipwrecked sailors. 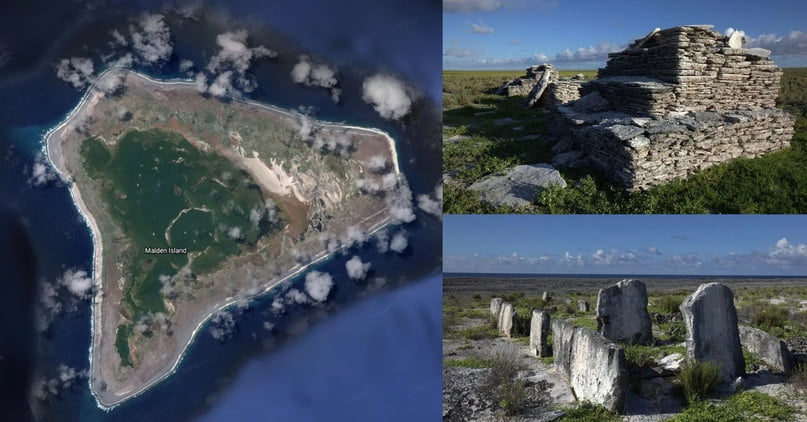 However, when the island was first studied in 1924 by a Honolulu archaeologist, he concluded that the island had previously been inhabited by Polynesians. It seemed that these people did not just float by, but lived there for generations before disappearing. 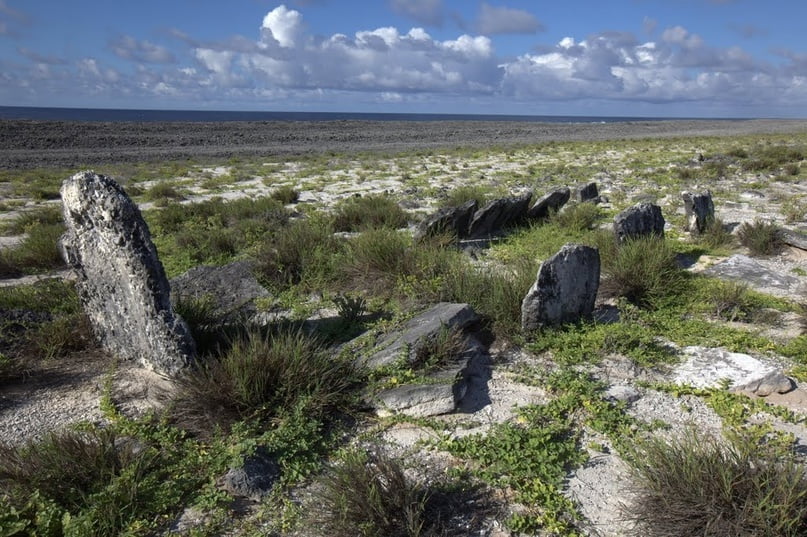 Much remains to be learned about the island, and current knowledge only scratches the surface of what was built there. Perhaps in the future we will learn more about the mysterious creators of these ancient structures and perhaps answer the question of who lived here a long time ago.

China forms coalition against ‘barbaric and bloody’ US

China forms coalition against ‘barbaric and bloody’ US