(ORDO NEWS) — A well-known ufologist from Taiwan, Scott Waring, shared an amazing UFO video with readers of his blog .

In Brazil, eyewitnesses who noticed a strange object in the sky decided in time to shoot it on a smartphone.

In the video, a white UFO moves smoothly across the Brazilian sky. At a certain point, the object tilts slightly and it becomes clear that it has a disk-like shape. 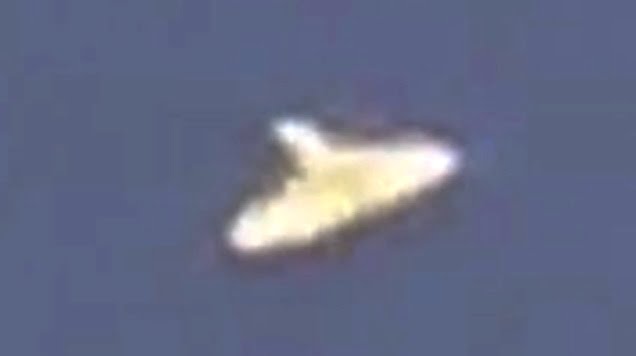 Scott Waring expressed admiration for the eyewitness who took such wonderful shots, and noted his professionalism in working with the camera.

Eyewitness account: “I live in an apartment that has a penthouse, very close to the sea, where there were several sightings, you will hear the sound of the sea along with my voice and the voice of a friend.

I saw many planes flying by and I can say that this object is not just a plane but a triangular object that followed a slanted line to the right of my balcony.

I don’t know English very well and maybe I entered the wrong information, but the video summarizes everything that happened, in the part of the video I added zoom , but at the very end I removed it and removed it to get a real sense of the distance.”

Results of the year of the aerospace company Blue Origin

Results of the year of the aerospace company Blue Origin