(ORDO NEWS) — The ancient Egyptians created many wonderful things, and the pyramids were not the least of them. Even today, archaeologists and historians argue about exactly how they were built. Next, we will consider the scientific view on the topic of this article. We are interested in the ancient Egyptian roads.

Scientists agree that it took years to build them, and, most likely (presumably, there is a hypothesis, probably, it is quite possible, maybe, probably – but if science said “most likely”, then since it is official, then these fantasies should be rejected it’s impossible :)), they were built by teams of slaves (or maybe not slaves, there are scientists who say that they were just hired workers. There is no unity in the world of science on this issue yet), who constantly worked to bring them to the end.

And this work meant that countless stones had to be carried from the two quarries at Lake Moeris to the construction site.

To do this, Egyptian transportation experts designed the world’s first paved road, a seven and a half mile stretch located on the west bank of the Nile and known as the Giza Road. Historians say it is 4,600 years old and is about six and a half feet wide in places. 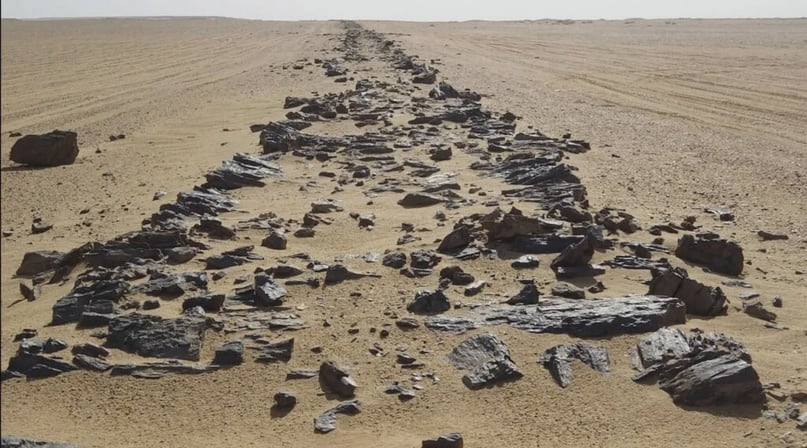 It was the first and only paved road in ancient Egypt, discovered by archaeologists in 1994. Tourists visiting the pyramids may pay a visit to the Giza Road, but that’s just it – a tourist stop. No vehicles can drive on it; its value lies in the fact that it tells about ancient Egypt.

In those days, goods were transported either on foot or by ship on the Nile. Roads were considered less important to industry, which favored the canal system, mainly because vehicles of any type, even chariots, were not common until much later.

Even heavy basalt stones were transported on ships, not only for the construction of pyramids and temples, but also for export to other places. 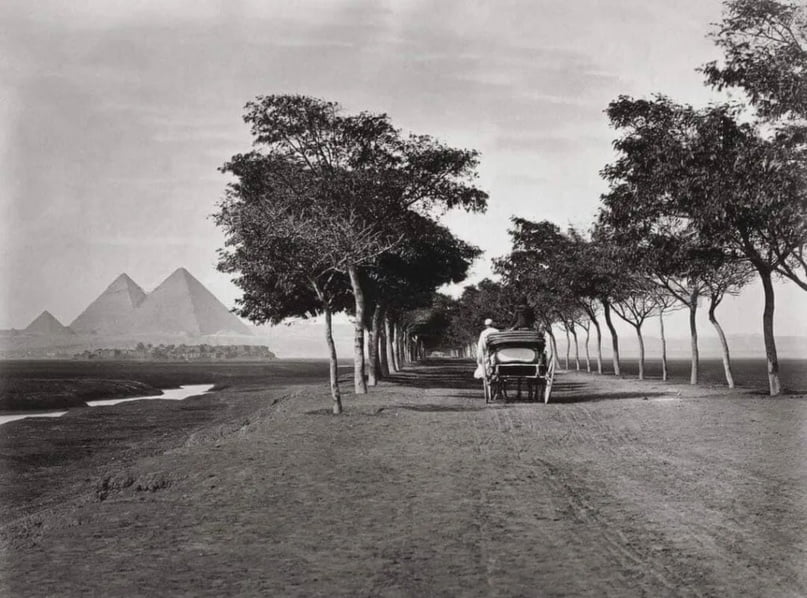 In fact, in a certain sense, the road of Giza is a complete anomaly in the life of Ancient Egypt, since the Nile was, in fact, the highway of the country. This river and the canals and lakes connecting it united industry and allowed merchants to deliver goods anywhere in the country and beyond its borders to neighboring states.

According to historians and Egyptologists, only much later, starting from the beginning of the 19th century, land transport became more common.

Although the Giza Road is the world’s oldest paved road , other countries also have ancient roads, some of which are considerably longer.

For example, the Nakasendo Highway in Japan, about 310 miles long, runs along the shores of Lake Biwa. It was built in the 17th century and connected the cities of Kyoto and Eto, which today is called Tokyo.

The Silk Road is another ancient highway that was once the main trade route between the capital of the Roman Empire (Rome) and the cities of the Han Dynasty in China. It was built, according to historians, around 200 BC, and its sections still exist, mainly connecting Pakistan with Xinjiang, China. 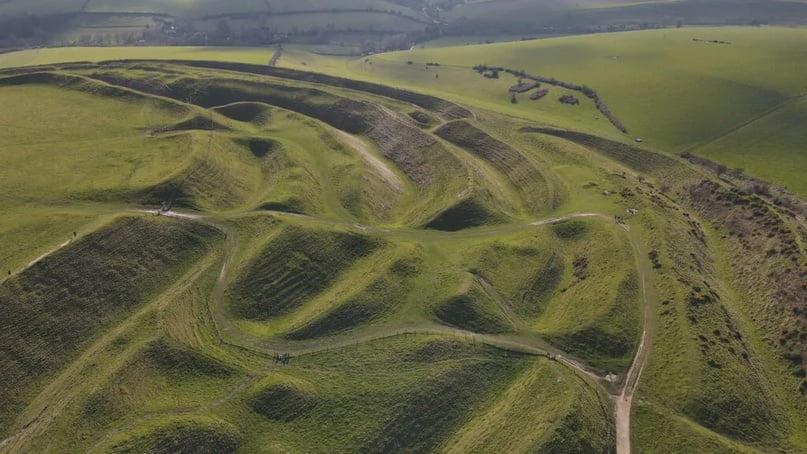 In Great Britain, the road that connected the merchants of the Dorset coast in the west of England with the merchants of East Anglia still exists, albeit in a different form. It’s called the Ridgeway, and today the road is a 95-mile trail.

For thousands of years it has been used as a trade route in Great Britain. Historians claim that it is mentioned in documents dating back to the 10th century, making it the oldest road in the United Kingdom.

Even in North America, there was once an ancient trail – from Canada in the north to central Mexico. Historians claim that it took four years for the natives to travel from the northernmost point of the Old North Road, as it is known today, to Mexico in order to trade their goods with neighbors to the south.

All of these roads were considerably longer than the Giza road. But the ancient Egyptian road, although not eight miles long, is in some respects the most amazing.

It symbolizes what will be a significant advance in the design and construction of transport, roads that will soon be driven by carts, wagons and – eventually – vehicles of all kinds.