(ORDO NEWS) — The Great Pyramid of Giza is one of the most geometrically perfect structures ever built on planet Earth. Tons of scientific papers have been written about the pyramids, a huge amount of research has been carried out, but there is no answer to a simple question – where is the golden top and why is it not even trying to install a copy of it in its historical place?

The top of the pyramid is traditionally considered to be the last piece added when building the pyramid. Some speculate that the capstone of the Great Pyramid was made of solid gold or, according to some theories, at least it was gilded.

Of course, nowadays there are generally accepted theories explaining that this was done for an aesthetic purpose, to show off the wealth and power of Pharaoh Cheops, for whom it was supposedly built.

Other researchers have suggested a more functional explanation, for example, the Great Pyramid is actually a machine, and its design, including the massive golden keystone, was designed to use and transmit energy.

Egyptologists tend to hold their own opinion, namely that the pyramid was a tomb built for Cheops around 2500 BC, and that the keystone is missing because it was stolen like other ancient Egyptian relics from the tomb.

Archaeologists, geologists and researchers have spent decades looking for holes in this mainstream theory. If you want the official version of the Great Pyramid and its missing stone, read the first paragraph of any encyclopedia article. We’ll look at some of the “other” theories for those who find it difficult to swim in the mainstream. 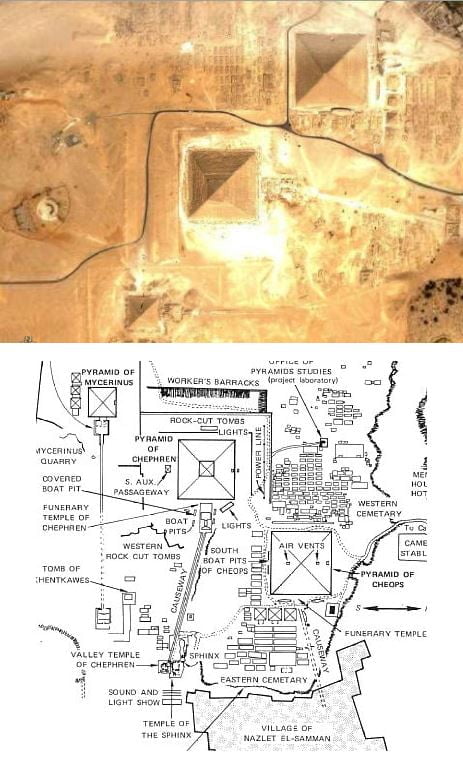 Readers familiar with the work of Edgar Cayce, Graham Hancock, or Erich von Daniken have undoubtedly heard of Atlantis or prehistoric civilizations whose technological advances exceed what we have achieved at this moment.

The location of this mysterious land has never been proven, although most tend to agree that Atlantis was located somewhere in the Atlantic Ocean. Some researchers suggest that our modern era of civilization began with the destruction of the old era, or Atlantis.

Across the globe, nomadic peoples and primitive cultures seemed to experience a dramatic leap in progress. One theory is that these cultures were infiltrated by refugees from the Atlantic culture. They brought with them knowledge for the development of technology and, thus, in fact, gave impetus to modern civilization.

According to this theory, many believe that the Great Pyramid (with its keystone) is much older than commonly believed. In fact, some believe that it was built to preserve the legacy of Atlantis.

Others speculate that it was built after the cataclysm, using the knowledge that the survivors retained. In any case, the precision and technology required to create this massive structure overshadow even the cutting edge of modern science.

As we explore why the Great Pyramid was built, we will discuss two hypotheses.

1. The pyramid structure contains mathematical information about the shape and functions of the universe. It was made large enough to protect this sensitive information and to ensure that it stands the test of time.

2. The finished pyramid (with the keystone) was a device or machine for using or producing some energy.

Who built the Great Pyramid, and when it was built, remains a mystery, but the mathematical precision that is so widely used in its construction is not in question. Contrary to popular belief, there are no inscriptions or hieroglyphs inside the pyramid.

The only clues we have are sizes, ratios and proportions. Some believe that the pyramid is a geometric representation of the Earth. The length of the bases, the height and slope of the sides correspond to the circumference of the Earth, its diameter and surface area.

This data is necessary, in particular, for travel, astronomy and cartography. The imaginary numbers Pi and Phi, although often attributed to Greek astronomers, also dominate the much older Great Pyramid.

Unlike the mathematical hypothesis above, machine theory looks at the interior of the pyramid, such as its rooms and chambers. The inner structure of the pyramid was designed in a very strange but specific way. The Queen’s Chamber and the Great Gallery, in particular, are so elaborately designed that they question their “official” functions as a simple tomb and passage.

The distinctive character of the interior of the pyramid has inspired a number of research and reflection on the acoustic properties of these rooms, the specific material chosen for their construction, the relationship of the rooms to each other, and the type of energy for which the Great Pyramid was created.

The general idea is that a pyramid does not function without a keystone. The keystone completes the pyramid and is considered the most important part. Without it, we are left with a riddle of six million tons.

The golden keystone has been missing for as long as history can remember. Maybe this is the missing piece of the most perfect machine on our planet?

The Egyptian government planned to place a gilded keystone on the Great Pyramid at the turn of the century to mark the beginning of the seventh millennium, but abandoned its plans at the last minute with no real explanation.