(ORDO NEWS) — Hubble images have shown why there is no dark matter in the galaxy NGC 1052-DF4, located 45 million light years from Earth. Without them, scientists would have to reconsider their understanding of the laws of gravity.

In 2018, an international team of researchers discovered a new galaxy NGC 1052-DF2. Scientists have found that there is practically no dark matter in it. This discovery came as a surprise, since it has always been believed that dark matter is a key component in modern models of the formation and evolution of galaxies. Without dark matter, the primordial gas would not have sufficient gravitational attraction to move on to the formation of the first “star houses.”

A year later, another galaxy was discovered that lacks dark matter. It was named NGC 1052-DF4. Observations of it made it possible to find out that the disappearance of dark matter is associated with the effects of tidal disturbances. The gravity of the nearby massive galaxy NGC 1035 is tearing NGC 1052-DF4 apart. During this process, dark matter is removed, while the stars experience the effects of interaction with another galaxy at a later stage. 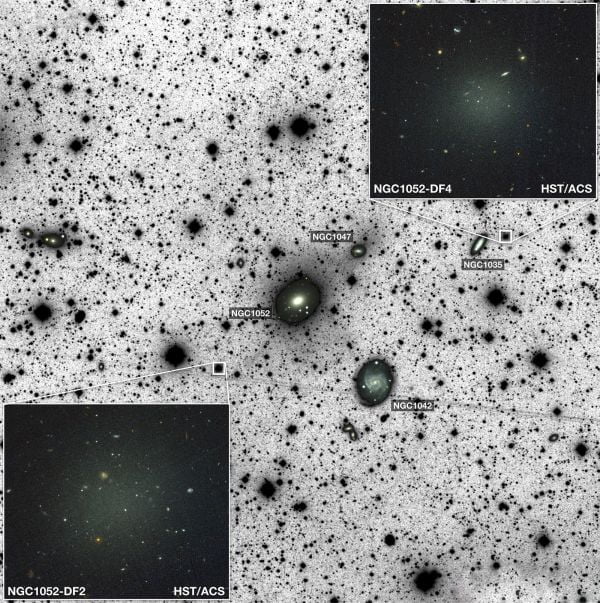 Until now, the “escape” of dark matter has remained hidden from astronomers, since this phenomenon can only be seen with the help of extremely accurate images, in which subtle details should be visible. According to the researchers, in order to recognize the influence of another galaxy on dark matter, Hubble had to be used to study two phenomena: the light of the galaxy and the distribution of globular clusters in it.

Globular clusters are believed to form where intense star formation takes place. They are easy to observe – they are bright enough and are good indicators of the properties of their “parent” galaxy. Thus, by studying and characterizing the spatial distribution of clusters in NGC 1052-DF4, astronomers get an idea of ​​the current state of the galaxy itself. The location of these clusters indicates that they are “torn off” from their host galaxy, and this, in turn, confirms the conclusion that tidal destruction is taking place.

Over time, NGC 1052-DF4 will be completely absorbed by the forces of a neighboring galaxy. Some stars will float freely in space. 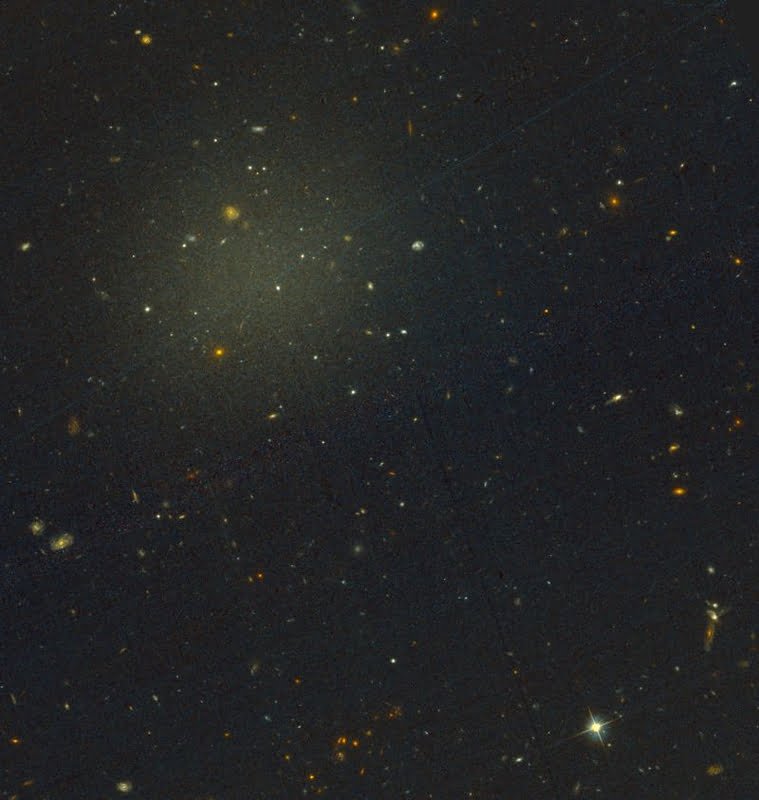 Not all icebergs are white

Not all icebergs are white