(ORDO NEWS) — The oldest radiocarbon date from Gobekli Tepe is recorded with an accuracy of several hundred years on the wall mortar of block D, around 9600 BC. This corresponds to the end of the Dryad Younger mini ice age. Such a correlation may not be random.

However, Block D is so grand, so well designed, and so perfect that it cannot be the first structure of its kind built by these people. It was almost certainly preceded by several previous developmental stages , precursors, or trial stages. 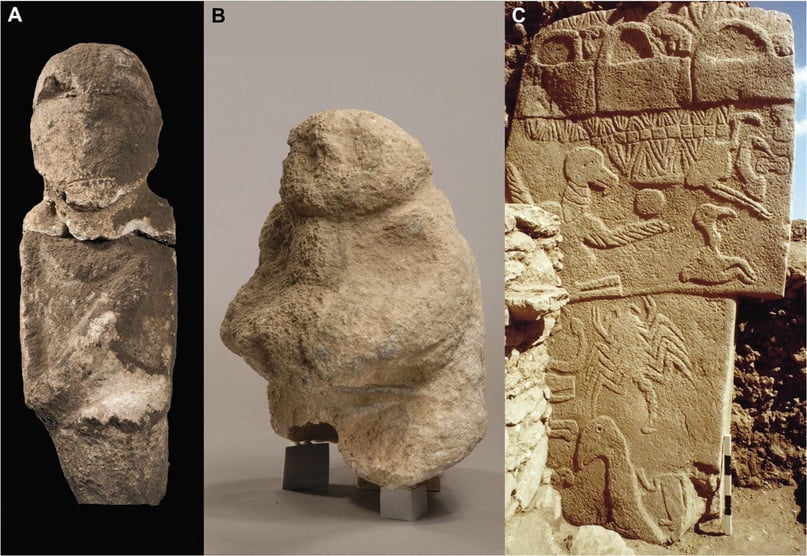 Indeed, structures D and C are so impressive that they led Professor Dendrinos, the architect , to suggest that Gobekli Tepe was incorrectly dated, and that, instead, it was built in the 6th millennium BC . That’s how impressive and anomalous Göbekli Tepe is.

But radiocarbon dates do not lie, as scientists believe (although they can be misinterpreted and sometimes erroneous).

And archaeological evidence in the form of stone tools and other cultural artifacts clearly points to an early pre-literate origin, consistent with radiocarbon dates. Therefore, we can accept radiocarbon dates with some certainty.

But apparently, given its anomalous appearance, enough to discourage experienced architects , only something extremely dramatic can explain such a grand structure.

This is another reason why an impact origin in the Younger Dryas is a good theory – it helps to explain the anomalous construction of Göbekli Tepe in a way that the rather ordinary “cult of the skull” proposed by archaeologists cannot.

Plan of Göbekli Tepe. Buildings A, B, C, and D are shown in context, while Building E is shown as a “satellite” due to its location outside, to the west, of the main group of structures known as the “Rock Temple”. Corps F is also outside the main group. The map also shows steps discovered in 2012 to access the site.

Which brings us back to the question of dating Göbekli Tepe. How old is he?

There is certainly the possibility that Göbekli Tepe is much older than 9600 BC . After all, only 5-10% of the area has been excavated, and it would be surprising if one of the earliest excavated parts turned out to be, coincidentally, the oldest. No, it is very likely that there are much older parts of Göbekli Tepe that have yet to be uncovered. 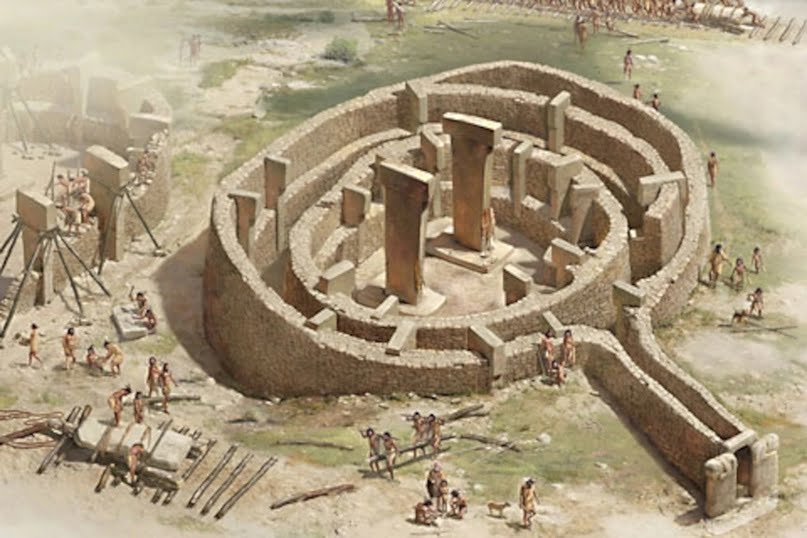 The problem, however, is that it is not clear where these early stages of construction took place, which were necessary to create the design of building D. If they took place in Göbekli Tepe from the very beginning, then its age is much older than the age of building D, which is currently the oldest part of the site.

In a sense, it doesn’t matter which of these scenarios took place. What we really want to know is when the first stage of development of this new building style took place, because according to scientific theory, this should happen shortly after the collision of the Younger Dryad. Perhaps a few hundred years later, to give enough time for a new comet cult. 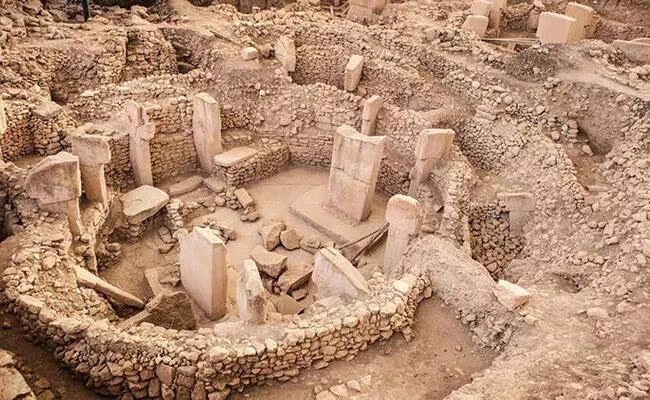 So where did this new comet cult begin? In Göbekli Tepe or somewhere else? There is evidence of at least one earlier stage in the development of Göbekli Tepe, which is still undated. This is building E.

Building E stands outside the main site, to the south and west of the other main buildings. All that remains of the E hull is its flattened floor, possibly slightly smaller than that of the D hull, and a pair of deep gutters that were probably used to store water.

None of the pillars remain, although we know they were, as there are stone recesses in the center of the hull that presumably once supported a pair of tall central pillars, as in hulls D and C. It is believed that it preceded them, at least for several hundred years. Perhaps even for 1000 years. We can’t know exactly how much older he is, but he can take us about halfway back through the Younger Dryad period to the Younger Dryad’s impact.

In that case, how old is Pillar 43? Was Pillar 43 built specifically for Building D, or was it originally in Building E or somewhere else and then moved? Again, we cannot know.

But the argument that Pillar 43 can’t say anything about the impact of the Younger Dryas because it’s at least 1000 years younger is nonsense because we just don’t know how old it is. In any case, before Pillar 43 was built, the information encoded on it must have been stored elsewhere. So, in fact, this argument is a complete dummy. 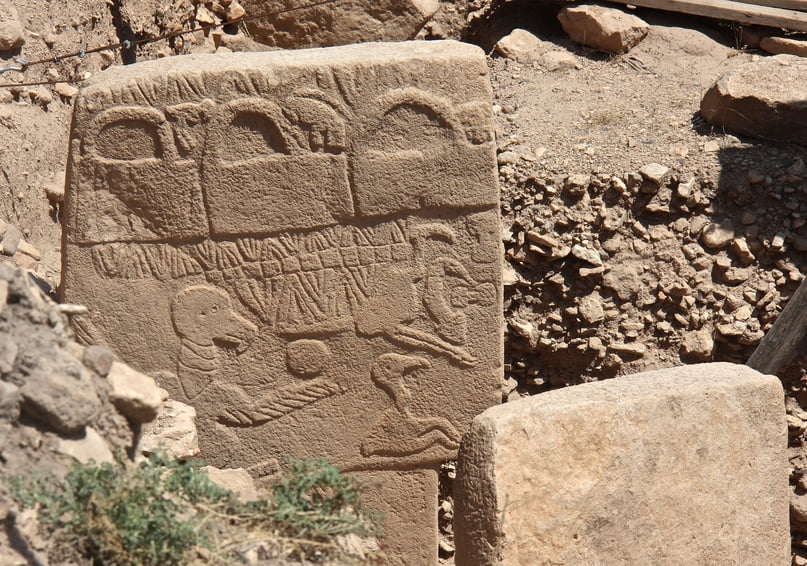 Most likely, this is what happened. Shortly after the collision, the position of the sun on the summer solstice was noted, along with other solstice/equinox constellations. This information was written down in some way, either orally or with the proto-writing we see in Göbekli Tepe, and is now lost or hidden.

And then, perhaps 500-1000 years later, Pillar 43 was carved. It’s simple. In order to carve Pillar 43, no backward calculations are required, because the information was already known and somehow stored in cultural memory. 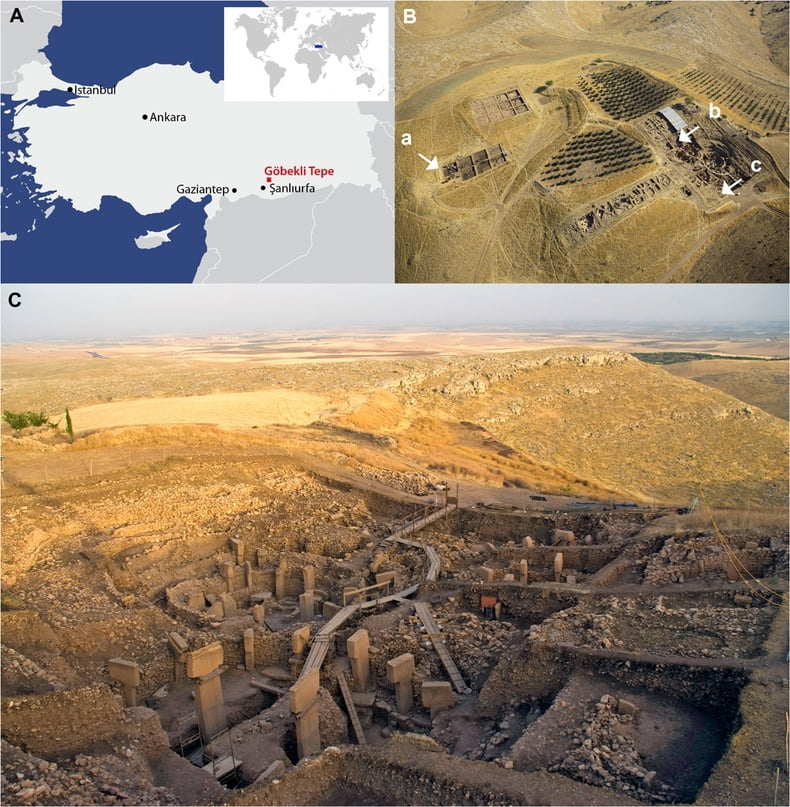 I will explain more simply what is written above. Scientists dug up a structure of such a level of complexity that the entire “official history of mankind” built over the years went where it was supposed to – in the trash. But, how can science allow this – no.

Therefore, the main hypothesis was as simple as 5 kopecks – we found skulls in which holes were drilled, some skulls were decorated with carvings, which means that wild people cut off their heads after death and decorated their “temple” with them.

It was the “cult of the skull”. The main essence of this “ear pull” is that, according to scientists, the modification of the skulls was made with stone weapons, which means – hooray, everything was built in the Stone Age.

The truth, as you understand, is not needed by anyone, and moreover, it is dangerous. It is capable of destroying the built-up myth of “real history”. New versions appear, but again, they are only intended to consider different versions of the “cult”, as in this case, the cult of the skull is proposed to be replaced by the “cult of the comet”.

The only one who thought sensibly in the context of this article is the professor architect, but will they really listen to his words – no. 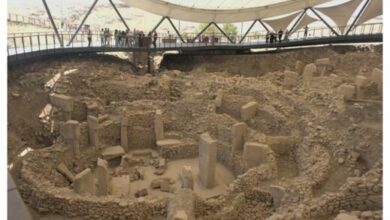