(ORDO NEWS) — Mimesis (imitation of nature) in man seems to be really in everything. Even in cannibalism. A new study reveals hostile attitudes towards each other among trilobites who lived during the Cambrian period.

After studying new fossils of extinct marine arthropods – trilobites from Emu Bay, Australian scientists came to the conclusion that cannibalism could appear among animals much earlier than previously thought.

The age of the studied remains is about 514 million years. Prior to this discovery, fossils dating back 450 million years were thought to be the oldest evidence of cannibalism.

A study from the journal Palaeogeography, Palaeoclimatology, Palaeoecology says new evidence of cannibalism has been found on an island off the coast of South Australia.

On the shells of trilobites preserved there, many wounds were found, indicating the alleged struggle between relatives. And fossil excrement-coprolites contain quite a few microparticles of shells.

This hints that cannibalism, at least among arthropods, can be traced back to the early Cambrian era more than 50 million years earlier than previously thought. Lauren Babcock, an Ohio State University paleontologist who has studied trilobite predation for decades, said he hopes studies of a similar scale will be carried out elsewhere to find comparable patterns.

Trilobite coprolites are an open question, he says, but at the moment it’s the best material to study. Dr. Babcock added that he would be surprised if none of the trilobites were cannibals.

But he also considers it possible that there were other predators of the Cambrian era – for example, Anomalocaris that produced coprolites in the Gulf of Emu. 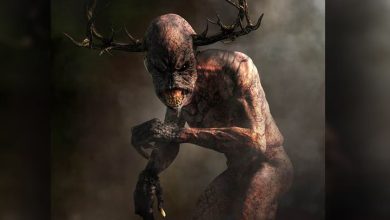