(ORDO NEWS) — There is hardly a living being in the world who is not afraid of anything at all. Fear is embedded in our DNA. Without it, Homo Sapiens, just like all other animals, would never have become who we are. Researchers today distinguish between congenital and acquired fears. Scientists include the fear of falling (heights), snakes and spiders to innate fears. As Canadian physiologist and neuropsychologist Donald Gibb discovered in the early twentieth century, young children and chimpanzee babies are equally afraid of the dark. And when newly hatched chickens see a kite in the sky or hear its cry, they are instantly overcome by panic. Moreover, many animals can be intimidated by the very smell of the enemy (in fact, this is why your cat loves to mark corners so much – he wants mice to tremble before his greatness). Many living creatures are born with a whole baggage of fears and fears – it just so happened. As for acquired fears, these include fear of unfamiliar stimuli – flashes of light, sounds and tactile touches. But is there anything that can scare every person on Earth? Something terrifying by its mere presence? 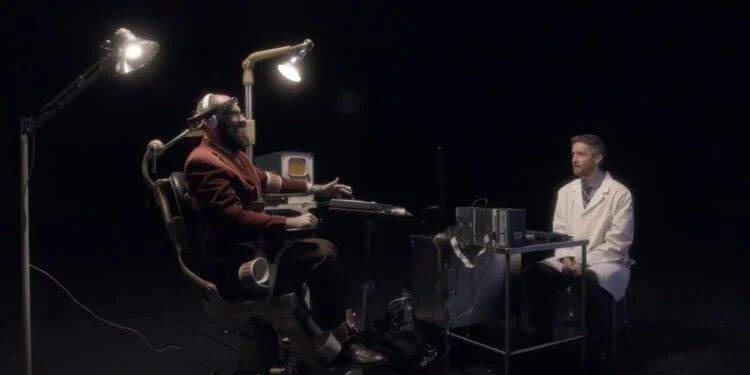 Where does fear come from?

Despite all the data available today, there is still no consensus in the scientific community about what fear is. As Ralph Adolphs, a researcher at the California Institute of Technology, writes in his work, scientists need “a broad comparative approach that would identify the main components of fear and that would also nudge researchers towards an ecological theory of fear.” Adolphs also puts forward the following, rather pragmatic definition of fear:

Fear is an emotion that links sets of stimuli to patterns of behavior. Unlike reflexes, this connection is much more flexible, and the state of fear can exist before and after the stimuli that cause it.

In one of the episodes of Mindfield, science journalist and host Michael Stevens notes that to understand what fear is, you first need to understand how we learn to be afraid. It is known that with the help of so-called “exposure therapy” many people get rid of their fears, but Michael decided to find out if he could learn to fear something new. To do this, he went to the laboratory of the California Institute of Technology (Caltech), where he took part in one interesting experiment.

Bioelectric sensors placed on Michael’s body tracked physiological reactions in the body, such as sweating, an indirect identifier of fear that defies conscious control. During the experiment, the screen showed two geometric shapes replacing each other – a green circle and a lilac square. It would seem, how can you be afraid of a harmless, abstract geometric figure? However, as soon as one image replaced another and a lilac square appeared on the screen, Michael received an electric shock and heard the screams of people in his headphones.

A clear sequence emerges – my senses were affected when a purple square appeared on the screen. In fact, I was developing fear of him. As soon as my brain connected the lilac square with the electric shock, the physiological response to the square increased and did not decrease. As a result, the mere appearance of a simple figure frightened me so much that I sweated. The human brain can be taught to fear almost everything.

Michael Stephens, host of The Field of Mind.

An extremely curious remark, agree. But what exactly happens to the brain during the development of the fear reflex? To better understand how this works, consider the neurological picture of what is happening: we know that over millions of years of evolution, our brains have developed protective connections. Moreover, the amygdala, the main memory organ in the hippocampus, plays an important role in our ability to experience fear. Its role appears to be important in determining what to remember, what to learn, and what is important for survival. So, the ancient people, who avoided danger and lived long enough to produce offspring, became our ancestors.

What is everyone afraid of?

Researchers have learned that if you are instilled with fear between two stimuli (such as the fear of the purple square), then if you see them together, rather than separately, your fear will increase. Which, in fact, is used by the creators of horror films, using a technique called “merging categories”. She combines multiple fears to create the worst villains ever. For example, a character like Freddy Krueger has many traits that indicate death and fear – burns, peeling skin, and he can also be a ghost and instead of hands he has something like blades. It combines a number of very scary associations of most people.

As for the cult film “Alien”, if you carefully consider the creature that sticks to the face, it will be surprisingly similar to a hybrid of a spider and a snake. And as you know, everyone is afraid of these creatures. Combining categories, according to Stephen Asma, author of On Monsters: An Unnatural Story of Our Fears, reinforces our fear.

All in all, weaving together a number of scary associations from most people can create something unique and unsettling. Something that can scare almost all of us.