(ORDO NEWS) — Suppose, on one of the October evenings, you would look at the clear sky and … did not find the Moon there.

What would await the Earth and all the diversity of life inhabiting this wonderful planet if our natural satellite disappeared?

The very first change (other than the lack of moonlight, of course) that will be noticed fairly quickly will be a reduction in the intensity of the tides by about 75%.

People living in the “inland” of the continents may think that they don’t care about this, because, in principle, they saw the sea only in pictures. However, this is not true.

Impact on the ocean and land

Reducing the tides will lead to the disappearance of many species of crabs, mussels and snails living in intertidal zones.

Over millions of years of evolution, they have become accustomed to the routine provided by the presence of the moon; tidal dwellers know when to expect the arrival and departure of seawater.

Further along the food chain, the ocean will lose larger inhabitants, which will trigger the destruction of entire coastal ecosystems.

Within a few decades, the number of species in the sea and on land will decrease dramatically (don’t forget about the birds that feed on “seafood”).

Coral colonies on the Great Barrier Reef, and red crabs, for example, are guided by the intensity of moonlight to start reproduction.

Without the Moon, this process will be disrupted, so that even more inhabitants of the oceans will be under attack. 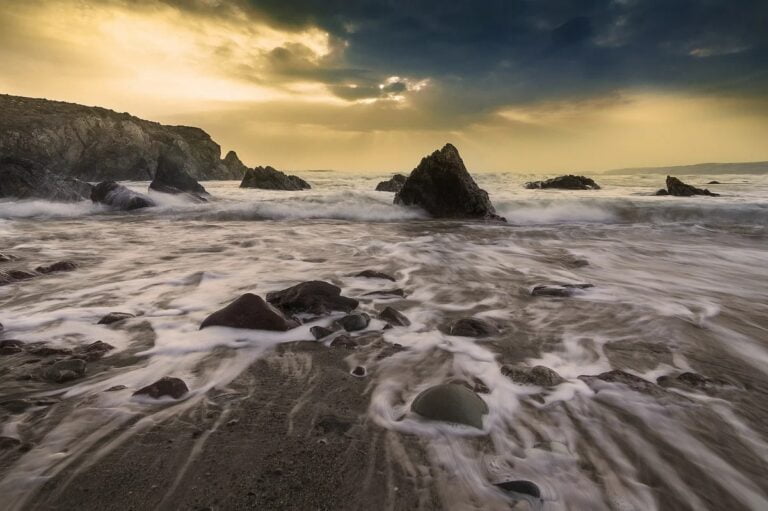 Without a tiny moon, the ocean that covers most of the globe will turn into a dead swamp.

Impact on the climate

The Earth’s climate largely depends on the inclination of the planet’s axis of rotation, which is ~23.5 degrees.

Without the stabilizing influence of the Moon, the gravity of other planets would lead to perceptible changes in this angle – as happened in the case of Mars, which, as you know, was once a very comfortable place.

Without the Moon, the Earth could also become a frozen desert or, if even less fortunate, then transform into “Venus 2.0”.